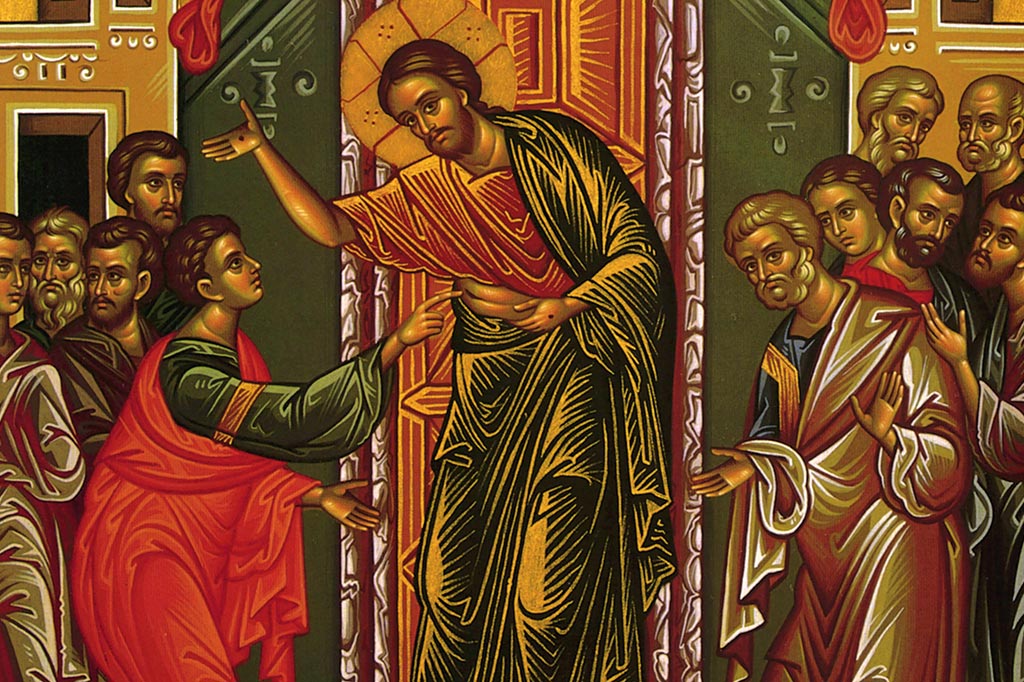 The Orthodox Church observes the Sunday of Thomas one week following the celebration of the Sunday of Holy Pascha. The day commemorates the appearance of Christ to His disciples on the evening of the Sunday following Passover. It also commemorates the appearance of the Lord to His disciples eight days later when Thomas was present and proclaimed "My Lord and my God" upon seeing the hands and side of Christ.

This Sunday is also called Antipascha (meaning "in the stead of Pascha," not "in opposition to Pascha") because with this day, the first Sunday after Pascha, the Church consecrates every Sunday of the year to the commemoration of Pascha, that is, the Resurrection.

Saint Thomas the Apostle is commemorated by the Church on October 6. 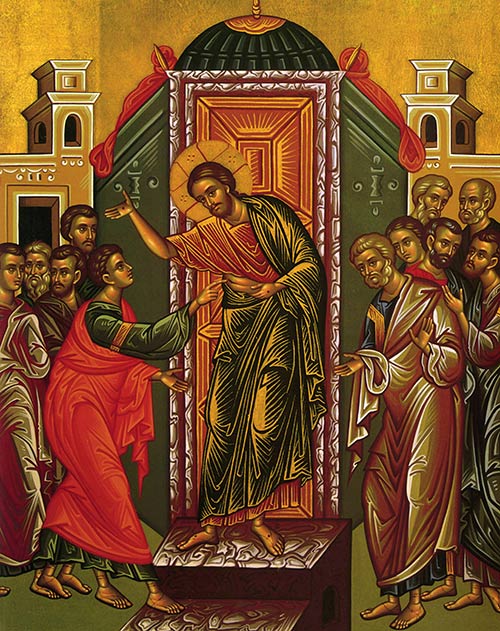 The events commemorated on the Sunday of Thomas are recorded in the Gospel of Saint John 20:19-29. Following the crucifixion and burial of Christ, the disciples were gathered in a room with the doors closed and locked for fear of the Jews. On the evening of the Sunday after Passover, Jesus Christ entered the room and stood in their midst, greeting them with the words, "Peace be with you." (v. 19) He showed the disciples his hands, feet, and side. (v. 20)

Eight days later, the disciples were gathered together again with Thomas present, and the Lord appeared in the same manner. Standing in their midst he said, "Peace be with you." He then spoke directly to Thomas and said, "Put your finger here and see my hands. Reach out your hand and put it in my side. Do not doubt but believe." (vv. 26-27) Thomas answered, "My Lord and my God!" Jesus replied by saying, "Have you believed because you have seen me? Blessed are those who have not seen and yet have come to believe." (v. 29)

Icon of the Sunday of Thomas

The icon of the Sunday of Thomas depicts Christ standing in the midst of the disciples. He has appeared to the eleven in the upper room, and he is inviting Thomas to come and examine his hands and his side. Thomas is reaching out to touch the side of Jesus. He is also looking to Jesus in a manner that indicates his faith and the proclamation recorded in Scripture.

Orthodox Christian Celebration of the Feast of Sunday of Thomas

The Sunday of Thomas is celebrated with the Divine Liturgy of Saint John Chrysostom. On this Sunday and throughout the Paschal period until the Apodosis or leave-taking of Pascha, the day before the Feast of the Ascension, the services begin with the chanting of the troparion of Pascha, "Christ is risen..."

Scripture readings for the feast are the following: At Orthros: Matthew 28:16-20, the first of eleven resurrectional Gospel passages that are read in a cycle throughout the year during the Sunday matins. On this day the cycle always begins with the first Gospel passage; At the Divine Liturgy: Acts 5:12-20 and John 20:19-31.

While the tomb was sealed, You, O Life, did shine forth from the grave, O Christ God; and while the doors were shut, You did come unto Your disciples, O Resurrection of all, renewing through them an upright Spirit in us according to Your great mercy.

With his searching right hand, Thomas did probe Your life-bestowing side, O Christ God; for when You did enter while the doors were shut, he cried out unto You with the rest of the Apostles: You are my Lord and my God.