Sunday Of The Paralytic 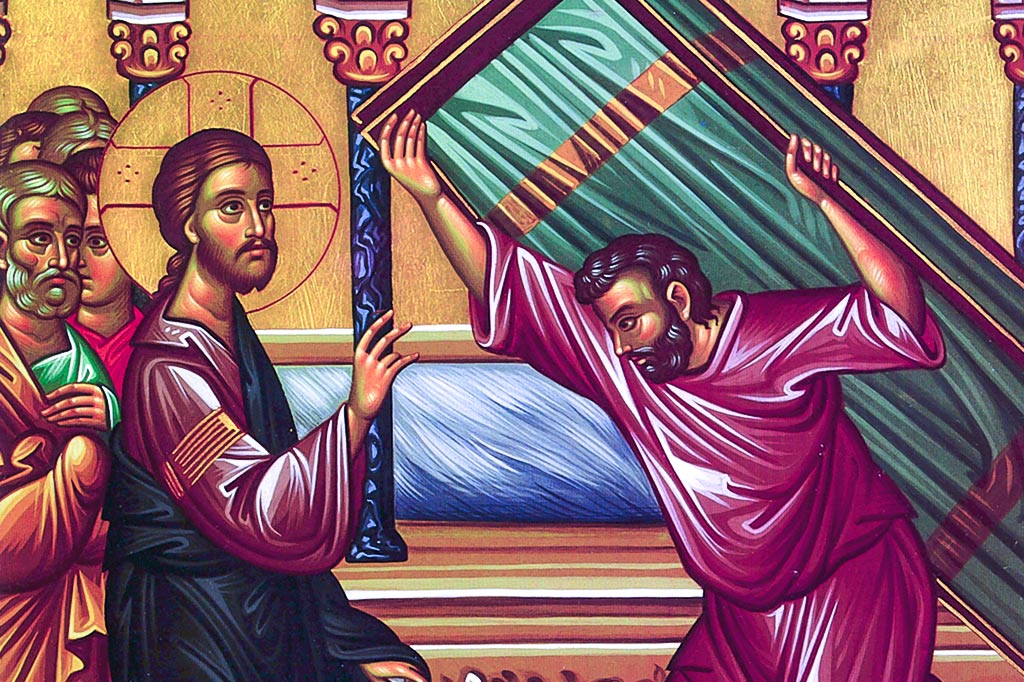 The fourth Sunday of Holy Pascha is observed by the Orthodox Church as the Sunday of the Paralytic. The day commemorates the miracle of Christ healing a man who had been paralyzed for thirty-eight years. The biblical story of the event is found in the Gospel of John 5:1-15. 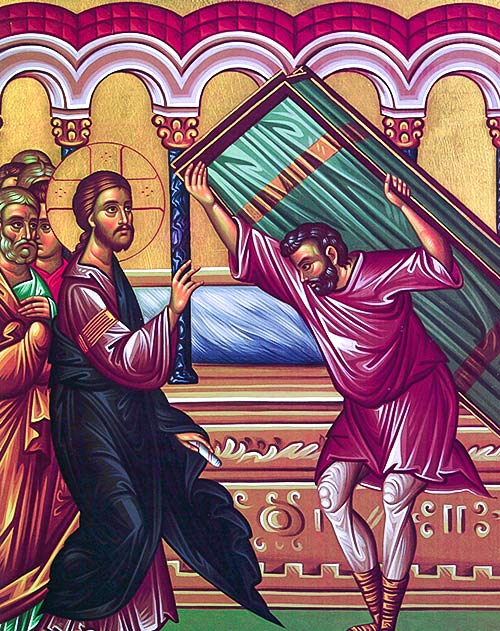 Close to the Sheep's Gate in Jerusalem, there was a pool, which was called the Sheep's Pool. It had five porches, that is, five sets of pillars supporting a domed roof. Under this roof there lay very many sick people with various maladies awaiting the moving of the water. The first person to step in after the troubling of the water was healed immediately of whatever malady he had.

It was there that the paralytic of today's Gospel was lying, tormented by his infirmity of thirty-eight years. When Christ beheld him, He asked him, "Will you be made whole?" And he answered with a quiet and meek voice, "Sir, I have no man, when the water is troubled, to put me into the pool." The Lord said unto him, "Rise, take up your bed, and walk." And straightaway the man was made whole and took up his bed. Walking in the presence of all, he departed rejoicing to his own house. According to the expounders of the Gospels, the Lord Jesus healed this paralytic during the days of the Passover, when He had gone to Jerusalem for the Feast, and dwelt there teaching and working miracles. According to Saint John the Evangelist, this miracle took place on the Sabbath.

Icon of the Sunday of the Paralytic

The icon of the Sunday of the Paralytic depicts the biblical story of the Christ healing the paralytic. Our Lord, accompanied by His disciples, is shown blessing the paralytic. The man has risen and taken up his bed as commanded by Christ. The paralytic is bowing toward the Lord in reverence and in gratitude for the great miracle that has been done. In the background of the icon is the pool where the infirmed came for healing.

The Sunday of the Paralytic is celebrated with the Divine Liturgy of Saint John Chrysostom. On this Sunday and throughout the Paschal period until the Apodosis or leave-taking of Pascha, the day before the Feast of the Ascension, the services begin with the chanting of the troparion of Pascha, "Christ is risen..."

I am grievously paralyzed in a multitude of sins and wrongful deeds. As You raised up the paralytic of old, also raise up my soul by Your divine guidance, that I may cry out, "Glory to Your Power O Compassionate Christ."

Reading selection courtesy of Holy Transfiguration Monastery, Brookline, MA
Icon of the Healing of the Paralytic used with permission from Theologic