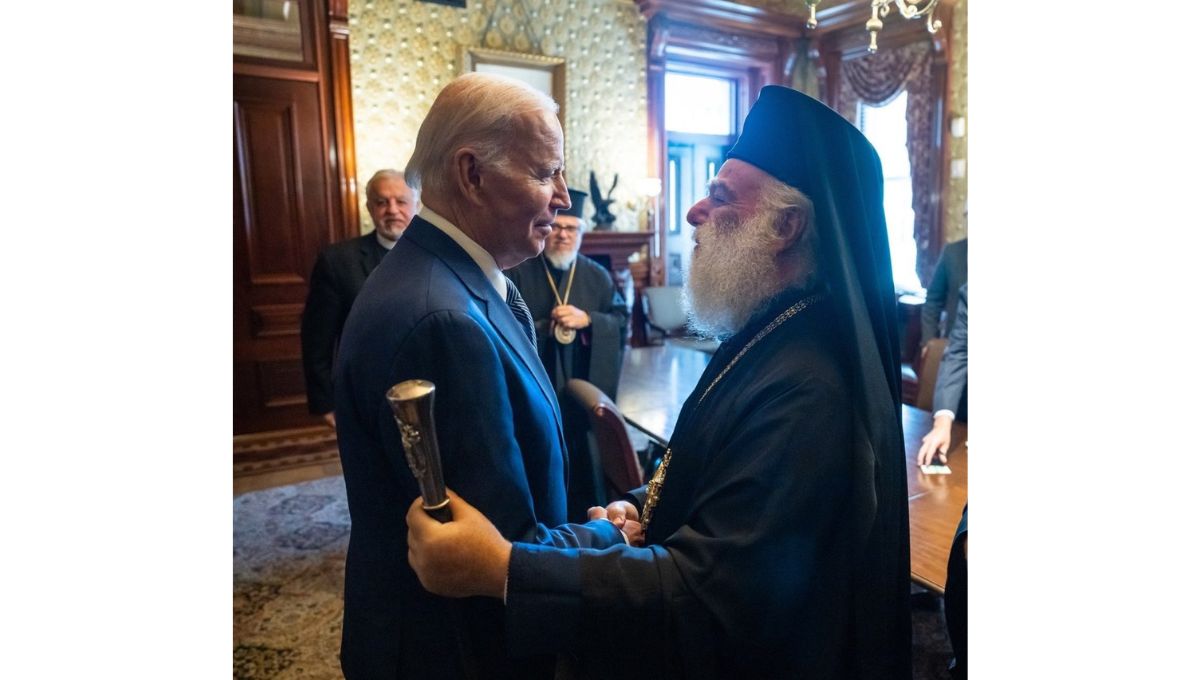 On Tuesday, October 11, 2022, His Beatitude Patriarch Theodoros of Alexandria visited the St. Sophia Cathedral in Washington DC for a doxology and welcome luncheon attended by a number of civic, diplomatic, and inter-Orthodox, ecumenical and interfaith leaders.

“We thank You, Your Beatitude, for bringing the light of the inimitable Pharos of Alexandria to our Shores. Together with the beacon of the Phanar, the Orthodox world — and indeed, the entire oikoumene — will be illuminated for the common good of all mankind,” said Archbishop Elpidophoros.

“Too many Orthodox Churches have forgotten that our Kingdom is not of this world, and we must not reduce Autocephaly to mere nationalistic, or in the case of Russia, imperialistic interests,”  The Archbishop said. “Your Beatitude has the perspective of an entire Continent that is as diverse as it is vast. Orthodoxy needs Your vision for a return to the values of the Gospel above all other considerations. For while Your sights are set across a continent, Your gaze is one of love for all of God’s children.” (Read His Eminence's full welcome remarks.)

Following the luncheon, His Beatitude, together with Archbishop Elpidophoros, attended a meeting with senior officials at the White House, later joined by President Joe Biden, and afterward met with Ambassador Rashad Hussain at the State Department. (Read the full Ress Release.) That evening, His Beatitude was received at the residence of the Ambassador of Greece by Her Excellency Alexandra Papadopoulou. Their Excellencies Ambassador of Egypt Motaz Zahran and Ambassador of Cyprus Marios Lysiotis were also present.

The next morning, His Beatitude visited Georgetown’s Copley Crypt, where he was welcomed by Father David Pratt, the Ecumenical Patriarch Bartholomew Endowed Orthodox Chaplain, and the University’s Orthodox Christian students. In recent years, Copley Crypt has served as a sacred space for Orthodox students at the Jesuit school, especially after the donation of an Orthodox iconostasis and icons by Archon Michael Psaros in 2019.

Patriarch Theodoros encouraged students to work hard in their studies— because “humanity is expecting a lot from you”— and, hearkening back to the ancient intellectual legacy of Alexandria, the Patriarch noted a new conservation project at the Patriarchate’s Library of Alexandria, which aims to preserve the manuscripts in its collection for scholars such as themselves. Before parting for the airport, His Beatitude promised that he would send them an icon of Saint Mark (with the seal of the Alexandrian Patriarchate, the lion) to complement the Crypt’s icon of Saints Andrew and Peter. 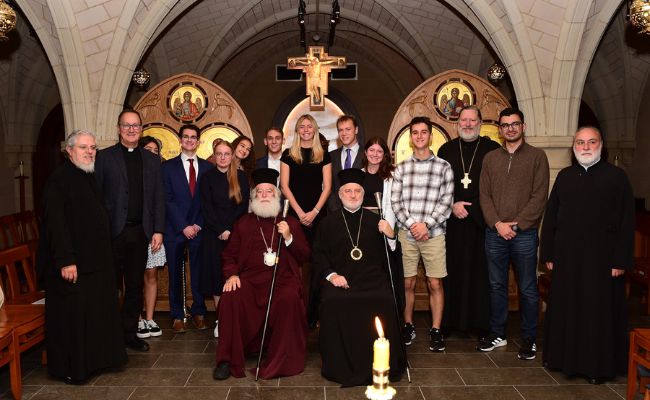 His Beatitude with Georgetown students at Copley Crypt. 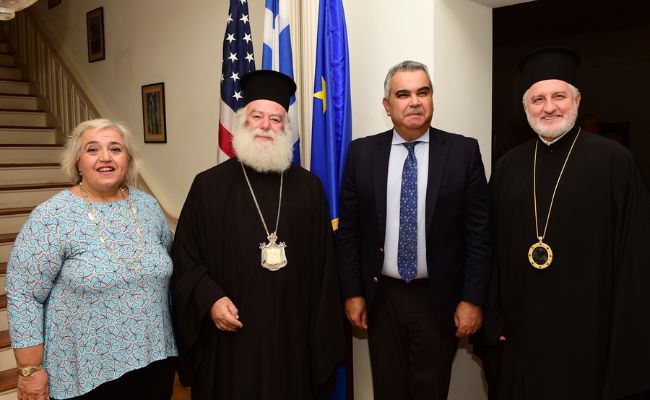 A number of community, civic, diplomatic, and inter-Orthodox, ecumenical, and interfaith leaders atended the Doxology and luncheon at St. Sophia Cathedral in Washington, DC.