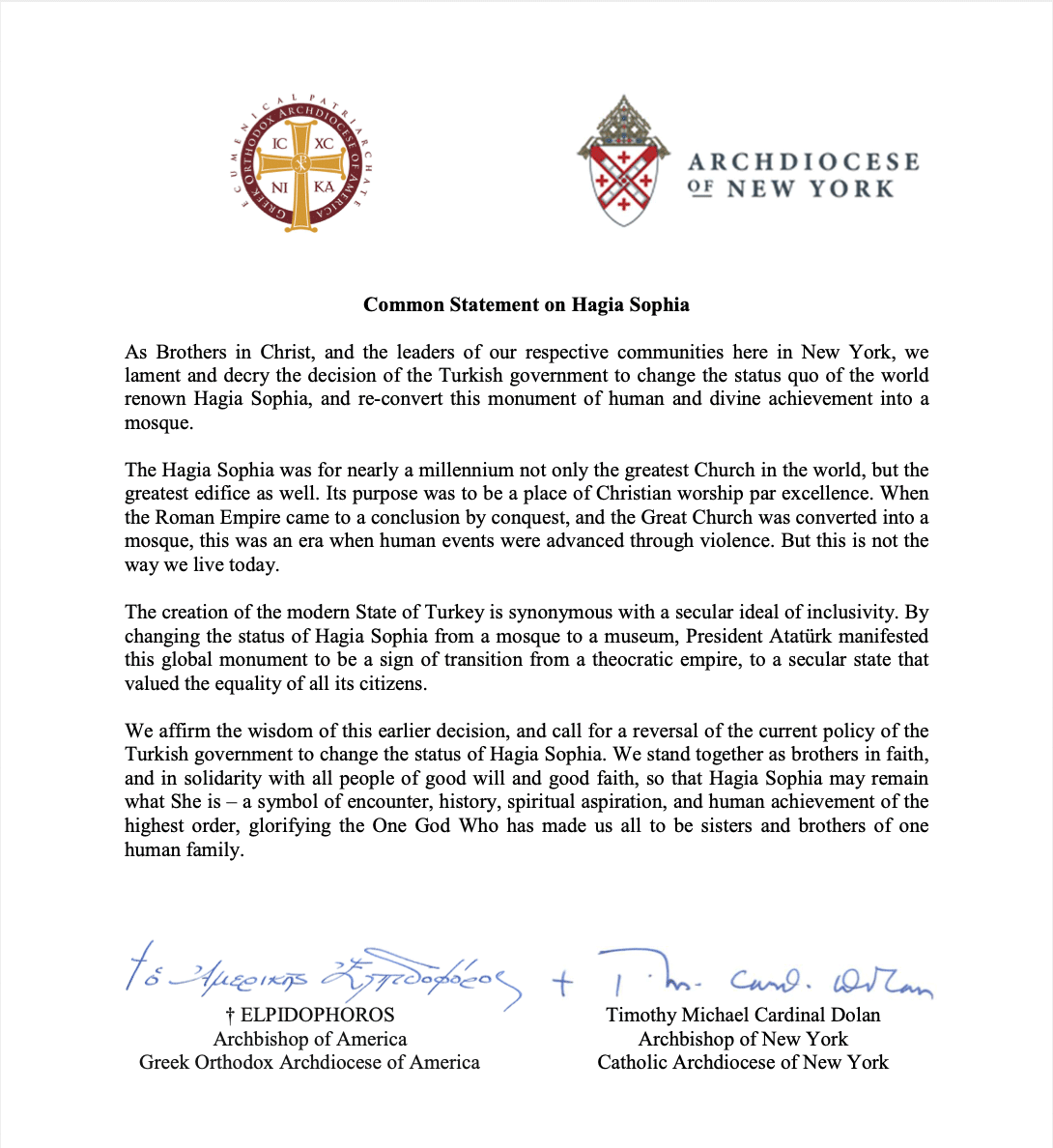 As Brothers in Christ, and the leaders of our respective communities here in New York, we lament and decry the decision of the Turkish government to change the status quo of the world renown Hagia Sophia, and re-convert this monument of human and divine achievement into a mosque.

The Hagia Sophia was for nearly a millennium not only the greatest Church in the world, but the greatest edifice as well. Its purpose was to be a place of Christian worship par excellence. When the Roman Empire came to a conclusion by conquest, and the Great Church was converted into a mosque, this was an era when human events were advanced through violence. But this is not the way we live today.

The creation of the modern State of Turkey is synonymous with a secular ideal of inclusivity. By changing the status of Hagia Sophia from a mosque to a museum, President Atatürk manifested this global monument to be a sign of transition from a theocratic empire, to a secular state that valued the equality of all its citizens.

We affirm the wisdom of this earlier decision, and call for a reversal of the current policy of the Turkish government to change the status of Hagia Sophia. We stand together as brothers in faith, and in solidarity with all people of good will and good faith, so that Hagia Sophia may remain what She is – a symbol of encounter, history, spiritual aspiration, and human achievement of the highest order, glorifying the One God Who has made us all to be sisters and brothers of one human family.