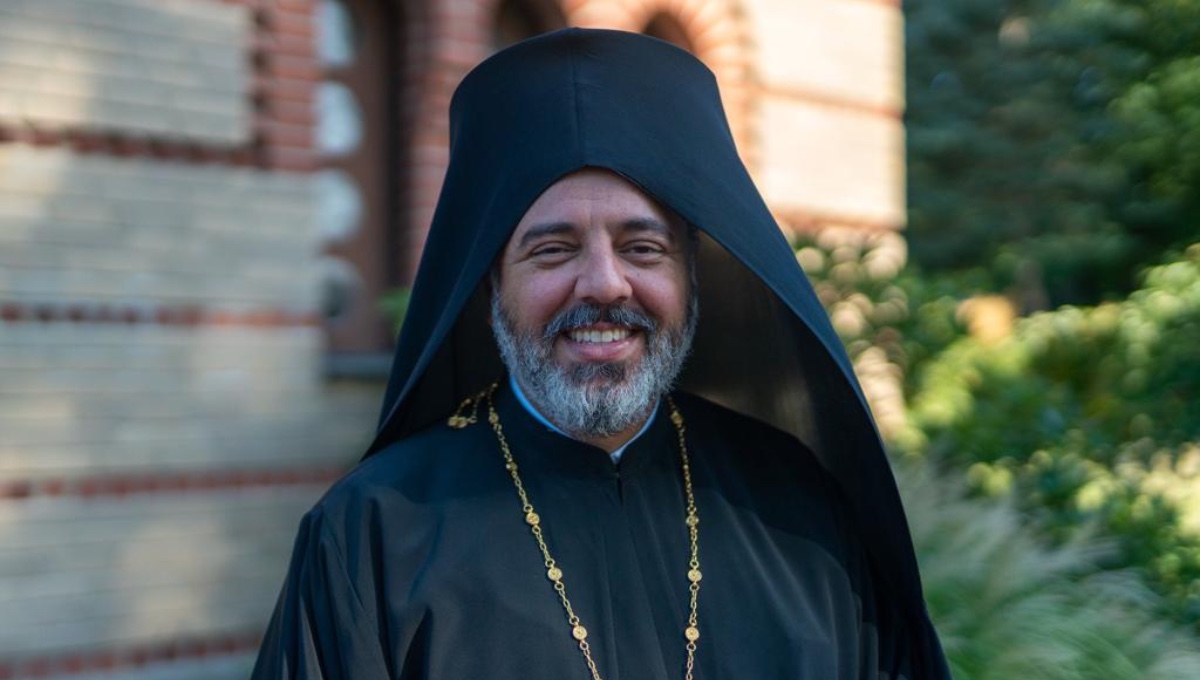 Archimandrite Athenagoras (Christos) Ziliaskopoulos was born in 1970 in Reutlingen, Germany, and grew up in Greece and Germany. He spent his young adulthood on Mount Athos as a monastic and learned to live a life devoted to Christ and the Church. He was ordained to the Holy Diaconate in 1997 and the Holy Priesthood in 1998 by His Eminence Metropolitan Augoustinos of Germany. In 1999, he was elevated to the rank of Archimandrite of the Ecumenical Patriarchate by His All Holiness Ecumenical Patriarch Bartholomew.

For over twenty years, Archimandrite Athenagoras served as a parish priest starting at the Greek Orthodox Metropolis of Germany with successive appointments. He was appointed as the Hierarchical Vicar of the Greek Orthodox Metropolis for two States in Germany. A member of the delegation of the Ecumenical Patriarchate for Ecumenical Theological dialogues. In Germany, he served as a member of the Ecumenical and Interfaith Councils, the founding chairperson of the Interfaith Council of Religions, and as a chairperson for one of the Assemblies for Orthodox Clergy. He was a frequent speaker at universities, public schools, interfaith groups, cultural associations to discuss Orthodox life and spirituality.

Archimandrite Athenagoras established the first Orthodox Chapel in the international Frankfurt Airport and a 24-hour Orthodox crisis hotline. Founder of the first Greek Orthodox youth camp in Germany. Spearheaded a 15th-century church building's archeological renovation, built a church and community center from the ground up, and other needed initiatives.

In 2017, Archimandrite Athenagoras relocated to Toronto at the invitation of His Eminence Sotirios, Archbishop of Canada,, to serve as Dean of the Patriarchal Theological Academy of Toronto and Office Director for the Greek Orthodox Archdiocese of Canada. In 2019, he transferred to the United States of America at the request of His Eminence Elpidophoros Archbishop of America, to offer his ministry to the Hellenic College Holy Cross Greek Orthodox School of Theology.

Archimandrite Athenagoras holds a Bachelor of Arts, a Bachelor of Theology, a Masters of Theology, and a PhD in Theology from Aristotle University of Thessaloniki, Greece. He also took classes in Pedagogics, German Literature, Roman Catholic and Protestant Theology, Judaism, Islamic Studies and Comparative Religious Studies at the Johann Wolfgang Goethe University in Frankfurt, Germany. Fluent in modern and ancient Greek, German, and English, is proficient in Turkish and has a basic understanding of Latin, French, and Koranic Arabic.