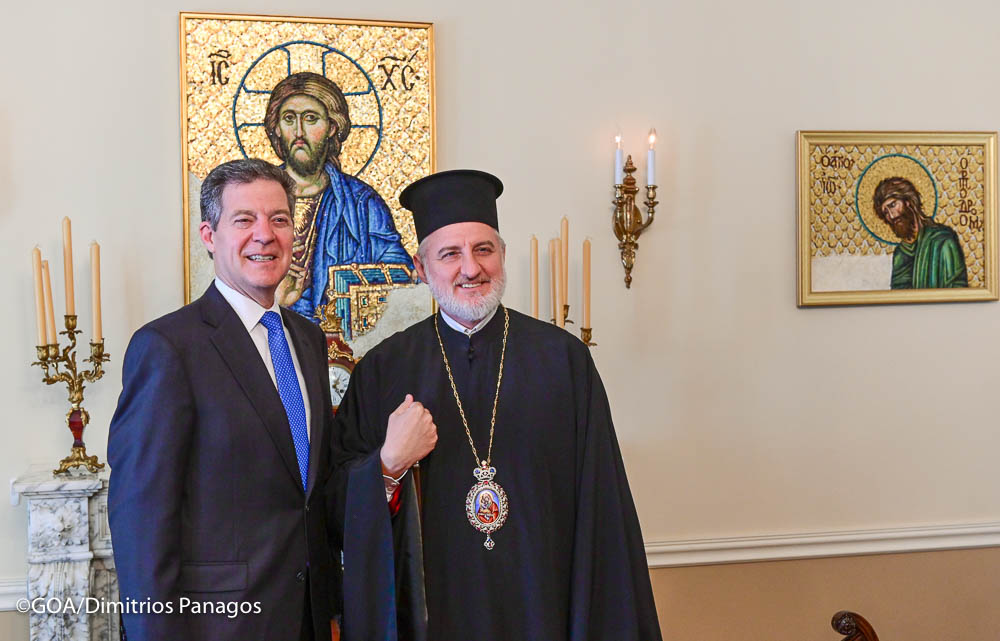 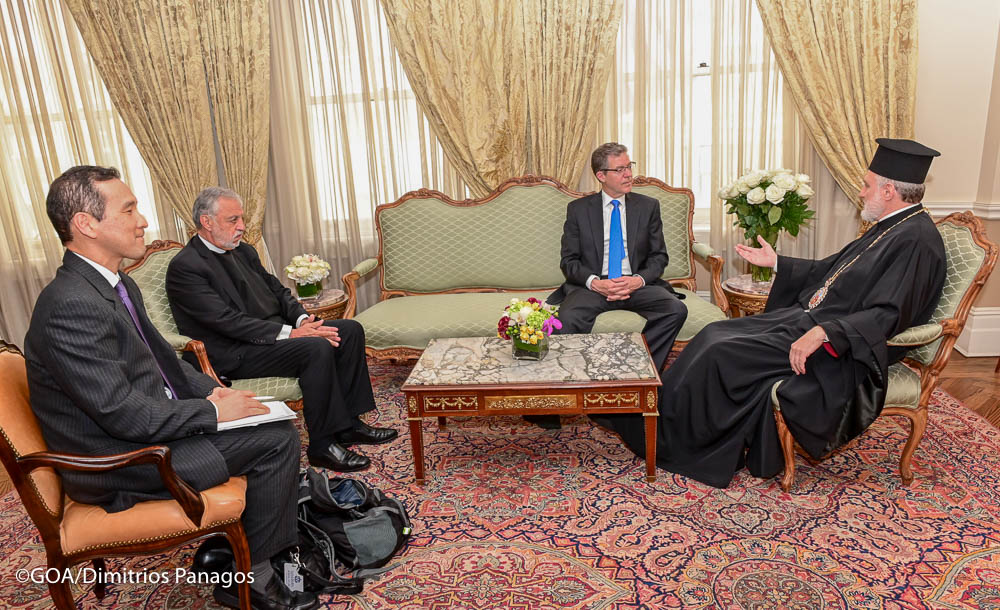 Ambassador Brownback apprised His Eminence of the actions and positions the U.S. Government is taking in defense of religious freedom and invited the Archbishop to the second State Department Ministerial to Advance Religious Freedom to be held in Washington in mid-July and is expected to draw more than 1,000 people.

“I was delighted to meet His Eminence.  I congratulated him on his new position.  I’m excited about the prospects for working together with the Orthodox Community. It is a fabulous community in the United States and around the world.  On religious freedom issues many times the Orthodox Community is on the front line of some of the heaviest persecution in the world and I think there’s much we can do together to see religious freedom prosper and that the people in these difficult places can have the backing of the global community for their freedom., and away from their persecution.  So, I wish God speed to His Eminence and that he will have a very successful, in the eyes of God, tenure in this key role.”

Archbishop Elpidophoros said in return: “I was honored to have as a first official guest in my office after my installation as the new Archbishop of America Mr. Brownback, and I think this will be registered in the history.  I’m grateful for that. And I’m moreover grateful that this visit had to do with human rights and religious freedom which is so important for the center of the Orthodox Christian world, our Ecumenical Patriarchate. Ecumenical Patriarch Bartholomew is the spiritual father not only of the Greek community in Istanbul, but of all the faithful of our Archdiocese here in America. For the Orthodox people in the United States the well-being of our Orthodox center is extremely important and we are happy that our government in Washington supports our spiritual father Ecumenical Patriarch Bartholomew and our spiritual center.”