The Celebration of the Feast of Saint Nicholas

Print The Celebration of the Feast of Saint Nicholas 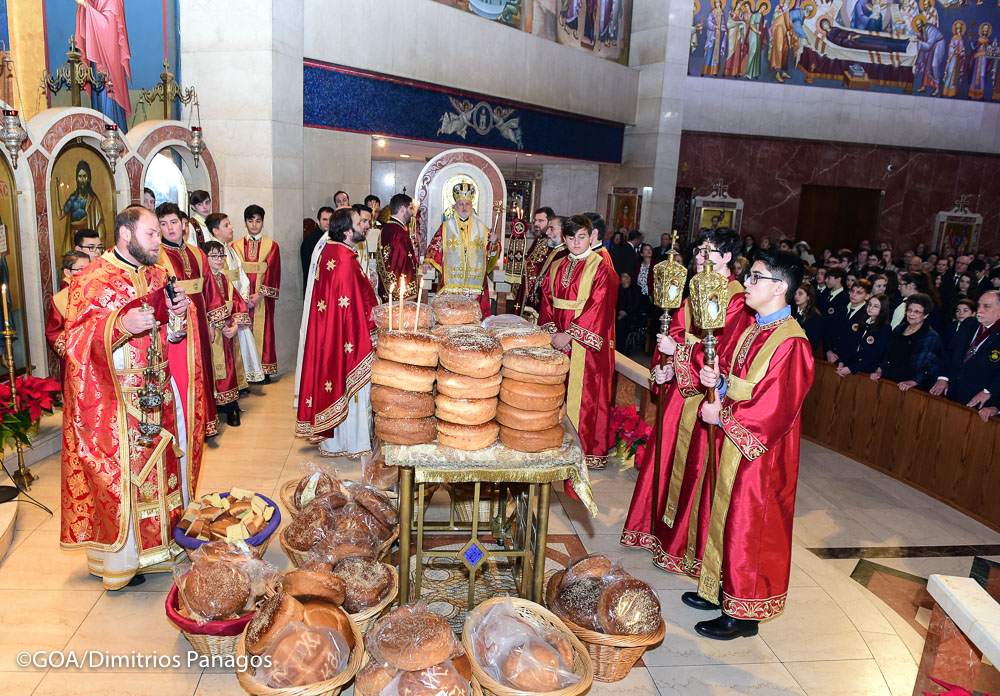 NEW YORK – Orthodox faithful around the world and in the Greek Orthodox Archdiocese of America celebrated with faith and reverence the Feast day of Saint Nicholas, the Wonder-worker, Archbishop of Myra in Lycia.

His Eminence Archbishop Elpidophoros of America, presided at the Archieratical Divine Liturgy at the Greek Orthodox Shrine Church of St. Nicholas in Flushing, NY, perhaps the largest parish of the Archdiocese, where many hundreds of faithful came to worship.

Protopresbyter Paul Palesty, the proistamenos of the parish, read the Archbishop’s Encyclical for the Feast of St. Nicholas.

The Archbishop in his homily spoke about the blessed life of Saint Nicholas and his example for us in today’s circumstances. “… we call upon Saint Nicholas in a special way at his feast today. We ask that he would intercede; that he would show us the power of God; that he would prove to us, again and again, the truth of Christ’s words. Sharing his same spirit of faith, ‘we also believe and we speak.’ We proclaim our faith, that the Lord who glorified Saint Nicholas will raise up his fallen church to glory once more.” (see full text) 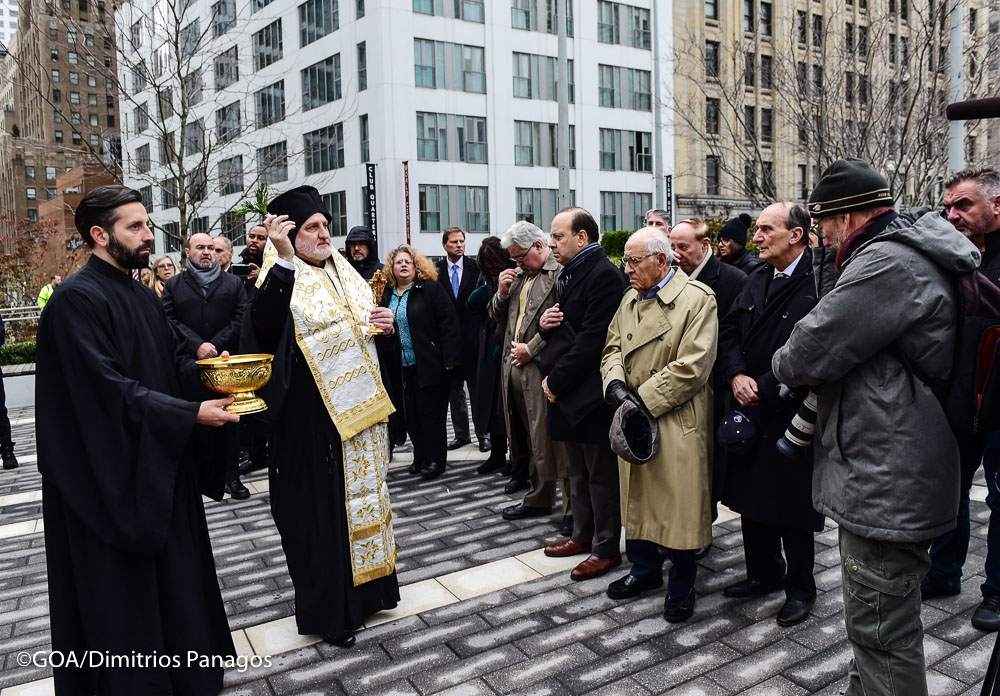 Later in the afternoon, Archbishop Elpidophoros visited the construction site of the Saint Nicholas Greek Orthodox Church and National Shrine at the World Trade Center, and officiated at a blessing and sanctification of the water service (Agiasmos) in front of the church.

Immediately after, His Eminence followed by the faithful in attendance, entered the church for the blessing and sprinkled with the sanctified water the people and the construction. The Archbishop addressed everyone and reiterated his confidence in the completion of the church edifice: “I have complete and utter confidence that God is raising up His mighty hand to help us complete this divine work. We will move forward with all necessary openness and transparency and complete our mission here at the World Trade Center, to rebuild the Saint Nicholas Church and make of it a National Shrine.” (see full text)