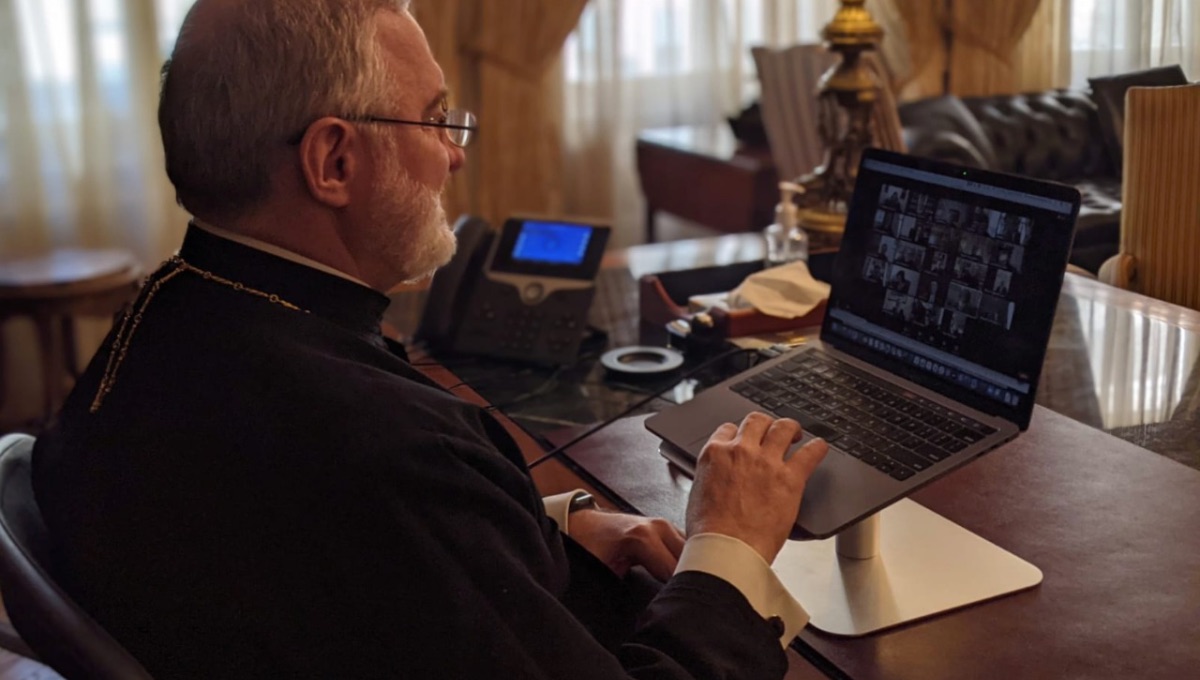 New York, NY – On February 8th, His Eminence Archbishop Elpidophoros of America convened the second virtual meeting of the Senators for Hellenism and Orthodoxy.  In his opening remarks, the Archbishop reinforced the responsibility and importance of the Senators: "As ex-officio members of the Archdiocesan Council, your counsel and guidance are invaluable. You are the institutional memory of this Archdiocese, and your experience, judgment, and wisdom are vital to our success and progress. … Your experience – not just of what has worked in the past, but what is poised to be the most healthful and expeditious internal regulation of the Archdiocese for the future."

The meeting had three main presentations: