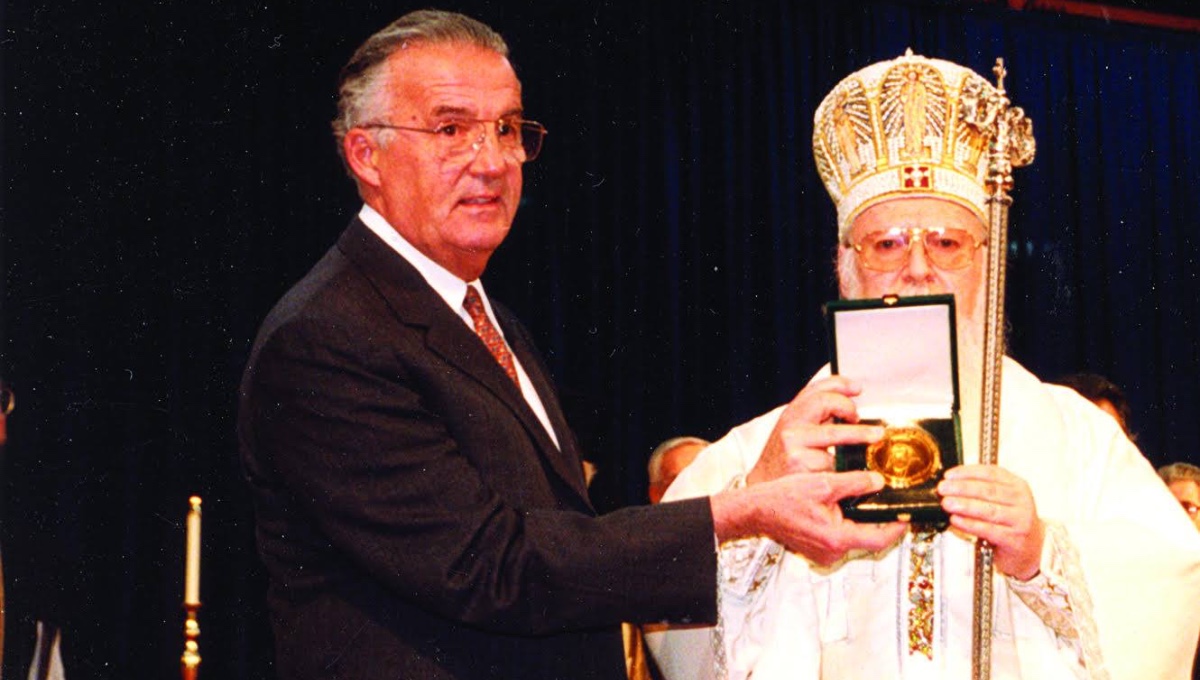 The falling asleep in the Lord of Senator Paul Sarbanes is a profound moment in the consciousness of our Holy Archdiocese, which marks the passing of a true giant of the Omogeneia and the Nation. There are so many who have stood on his shoulders and seen farther and clearer than they could have ever imagined. Paul Sarbanes was the proud son of immigrants from Greece, whose vision for the future found a sweeping panorama of the American dream in their son, who went on an exceptional educational journey from Princeton, to Oxford, to Harvard, and whose trajectory was a life of exemplary and extraordinary public service.

It is very difficult to speak of Senator Sarbanes’ accomplishments, as they are virtually numberless; but through them all, he was a devoted husband and father, a devout Orthodox Christian, a faithful member of the Church, and a prudent, humble, and diligent servant of the People of his beloved Maryland and the American Nation. 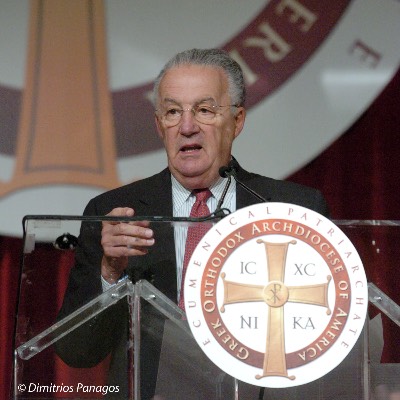 His devotion to the freedom of the Ecumenical Patriarchate and his concern for his ancestral home of Greece, as well as for Cyprus, merit special praise. He kept a close eye on affairs across the Atlantic, being ever-vigilant for the interests of his brethren in Faith and Patrida, even as he dedicated his tireless efforts in the halls of Congress for the betterment of all his fellow human beings.

We are all better people for his life and his enormous contributions to our world. As his children and grandchildren mourn his passing, we offer them our heartfelt consolations on behalf of the entire Greek Orthodox Church of America, joining with them in prayer and in thankfulness for a life so very well lived, which was such a precious gift to them and to us all. May his memory be eternal.