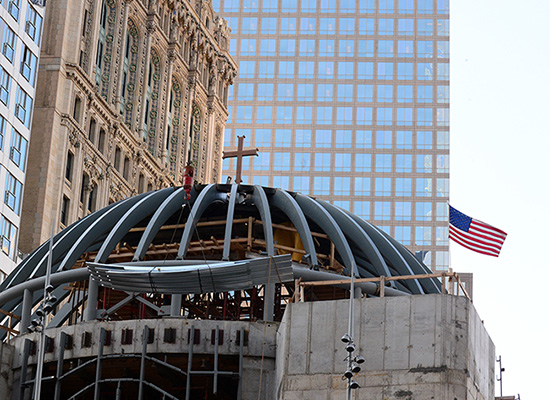 New York - Saint Nicholas Greek Orthodox Church and National Shrine held a “topping out ceremony" this morning at its construction site at Greenwich and Liberty Streets in New York City.  This traditional construction ceremony, marking the raising of the highest structural element, was led by His Eminence Archbishop Demetrios of America and attended by representatives of the Port Authority and SKANSKA, as well as the Consul General of Greece, major donors and contributors to the project and members of the original Saint Nicholas Greek Orthodox Church community.

Jerry Dimitriou, Executive Director of the Greek Orthodox Archdiocese of America, offered thanks to the dedicated men and women who have worked so hard to bring the project this far. John Dolan, Project Executive of SKANSKA, and Steve Plate, Chief of Capital Projects for the Port Authority, both commented regarding this significant progress in the rebuilding effort. They were followed by Pat Foye, Executive Director of the Port Authority, who offered the continued best wishes and support from the Port Authority and from Governor Andrew Cuomo, who has been an ardent supporter of the rebuilding of Saint Nicholas.

His Eminence Archbishop Demetrios, reflecting on the important milestone in the history and life of Saint Nicholas Greek Orthodox Church and National Shrine remarked, “We look around today we see the triumph of human spirit and human mind that can overcome any tragedy.  Saint Nicholas will offer us the presence of God in our lives and in our city. Here, at this spot, we raise the Cross, which is a symbol of sacrifice and victory, and we offer prayers for the continued construction process.” 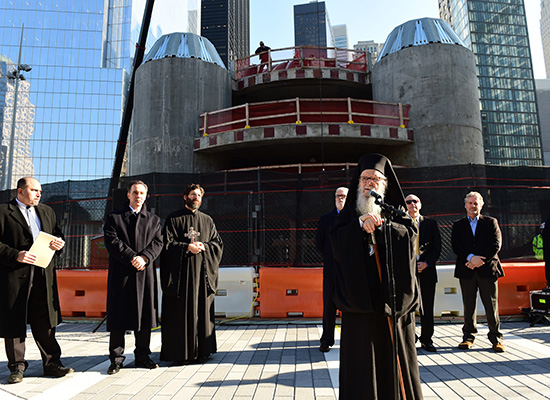 Following a brief prayer service, a temporary cross was lifted into place.  Once construction is complete on the dome, the temporary cross will be replaced with the permanent cross that will adorn the top of the Church. 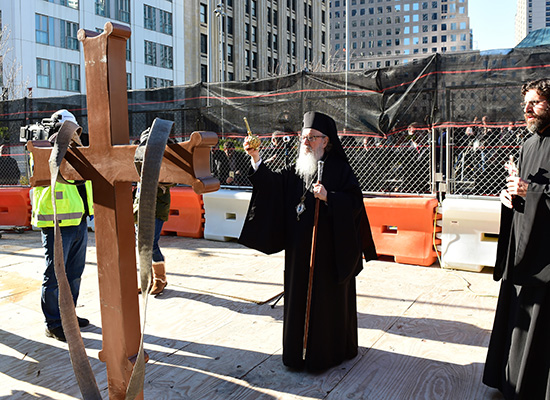 The "topping out ceremony" marks an important milestone in the rebuilding efforts of Saint Nicholas Greek Orthodox Church and National Shrine.  The original Saint Nicholas Church was completely destroyed in the collapse of World Trade Center Tower Two during the September 11, 2001 terrorist attacks. 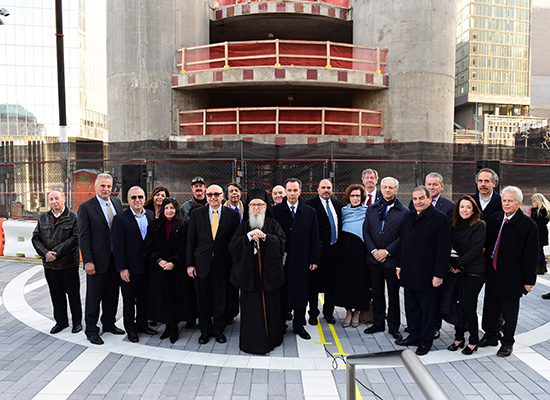