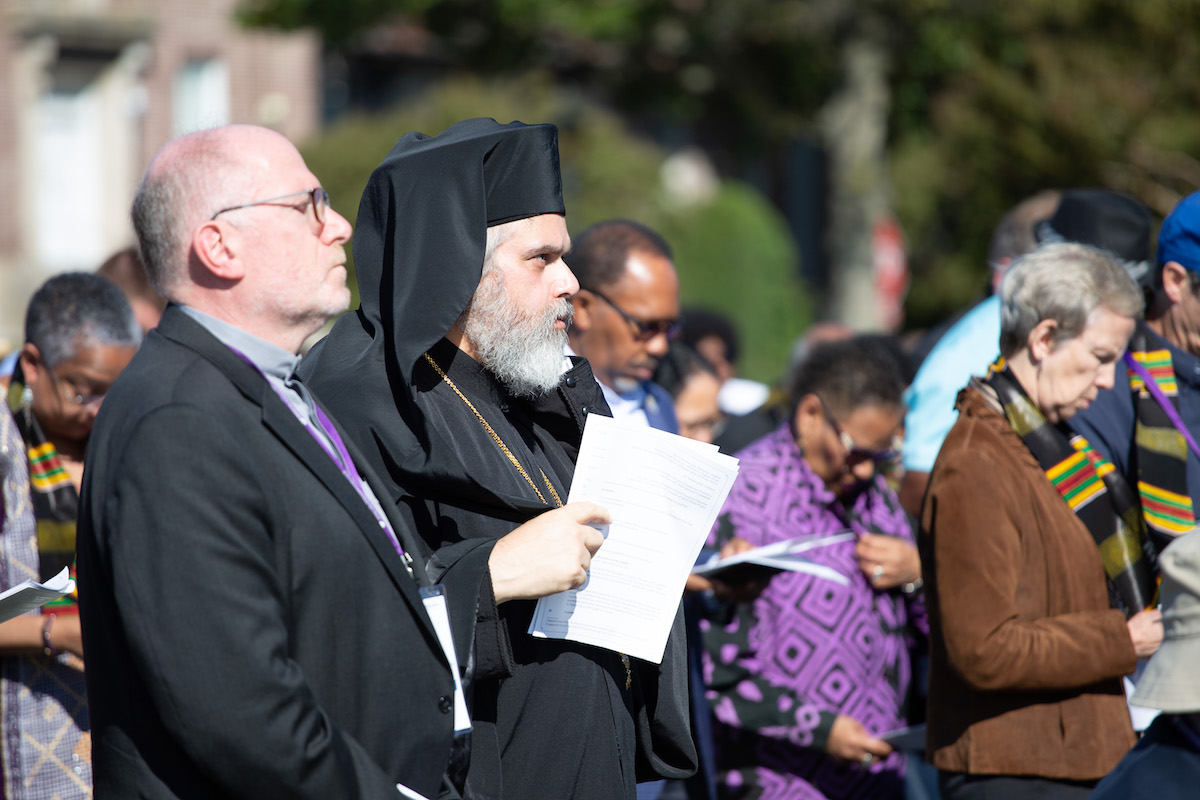 NEWPORT NEWS, Va. – The National Council of Churches annual Christian Unity Gathering (CUG) and fall governing board meeting met in Newport News, Virginia from October 13-16, 2019. This year’s CUG remembered and lamented the 400th anniversary of the arrival of the first people from Africa, who were immediately enslaved, with a ceremony at Point Comfort, the place of arrival. The Very Reverend Constantine Morales attended the ceremony as the representative of Archbishop Elpidophoros.

The governing board and convening tables had productive meetings. The Archdiocese continued its strong participation in the National Council of Churches, including through the governing board, convening tables, and committees. The Very Reverend Dr. Anthony Vrame participated in the Faith and Order Convening Table, Nicholas Anton’s appointment as co-chair of the ACT Now [to End Racism] Advisory Committee was confirmed, and Archbishop Elpidophoros was elected chair of the World Council of Relations Committee of the NCC.