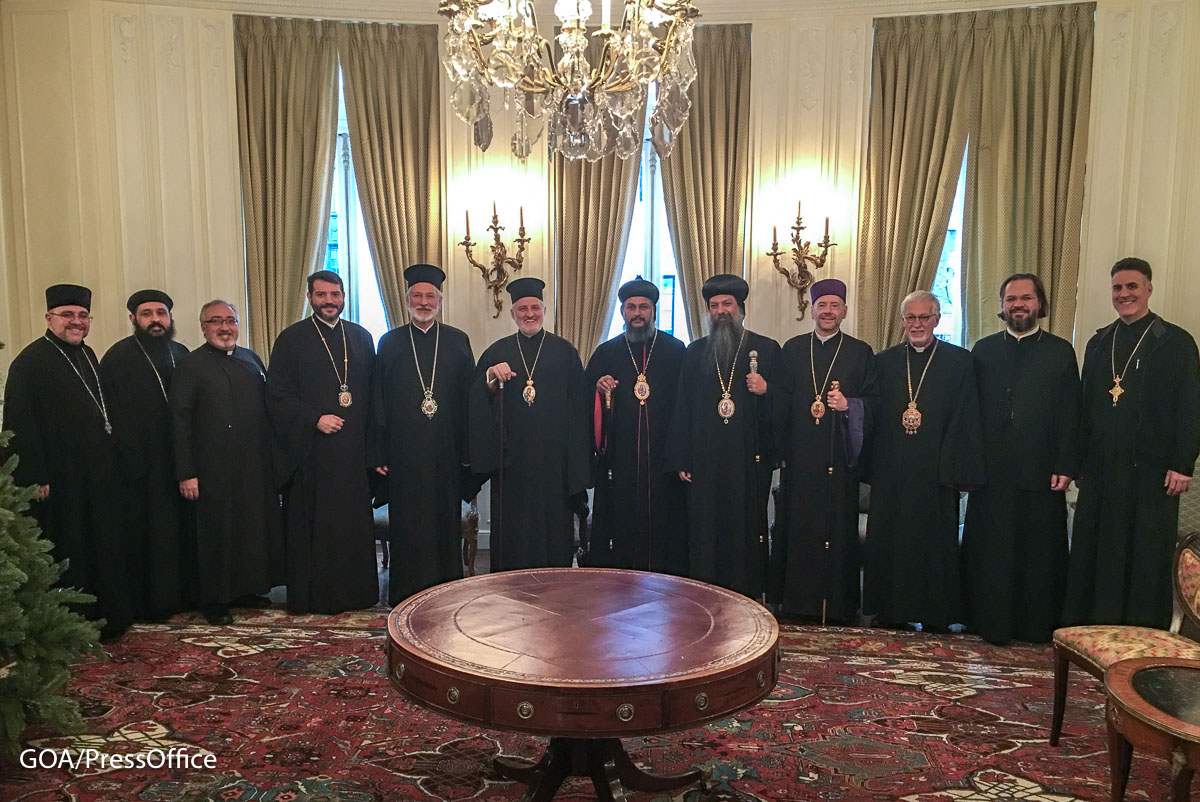 NEW YORK – Representatives of Eastern and Oriental Orthodox churches met Dec. 4, at the headquarters of the Greek Orthodox Archdiocese of America.

The Joint Commission worked on a pastoral agreement, reaffirming mutual respect of the spirituality and heritage of both Eastern and Oriental Churches. Various aspects concerning the sacraments of baptism and matrimony were carefully examined based on existing agreements, international as well as bilateral. Their application within the American context was also discussed.

The Joint Commission decided to reconvene in February and to continue working on the document.

The meeting concluded by reminding the participants of the joint Christmas concert to be held at the Mor Aphrem Center in Paramus, New Jersey, on Sunday 8, 2019.