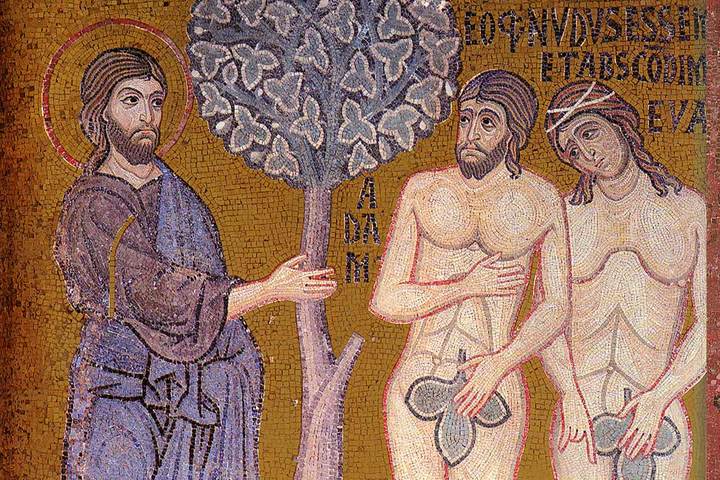 In the beginning, God created the heavens and the earth. The earth was without form and void, and darkness was upon the face of the deep; and the Spirit of God was moving over the face of the waters. And God said “Let there be light”; and there was light. (Genesis 1:1–3)

Unlike our American culture, which celebrates from now until Christmas, with celebrations ending promptly on December 26, the Orthodox Church celebrates the Nativity throughout the year. Our joyful part of the celebration in this season is supposed to be from December 25 through January 7. November 15 through December 24 is a period of fasting and reflective preparation. The focus is neither shopping nor decorating, but meditating on the awesome miracle of the Son of God taking on flesh and becoming one of us. This is why we call the holiday either the Nativity (to commemorate an historical event) or the Incarnation (to recognize the spiritual significance of the Nativity). Each day of the forty days, we  examine the scriptures of the Nativity. My hope is that we’ll take this journey together in a prayerful and purposeful way.

Why did God send His Son to be among us? To answer this question, we go back to “the beginning.”

In order to believe in God, one has to first believe that God created us—someone greater than us created us. Whether one interprets Genesis 1 as seven literal days or not (most Orthodox theologians affirm that the seven-day creation is an allegory), or whether one believes that God created everything, or that He created the first thing and a chain-reaction of evolutionary outgrowth was the result, the most important verses of Genesis 1 are the first three: In the beginning, God created the heavens and the earth. In the beginning, there was God, there was nothing else but God. And God created everything from nothing. God, however, is not created, but existed from the beginning.

In order to believe in Christ, one has to believe that He too, existed from the beginning. Genesis 1:1–3 reveals all three persons of the Holy Trinity, present and working together for the creation of the world. In the beginning God (the Father) created the heavens and the earth. The Spirit (Holy Spirit) of God was moving over the face of the waters. And God said (the voice of God is God the Son), “Let there be light.”

On the “sixth day,” God said “Let us make man in Our image, after Our likeness . . . So God created man in His own image, in the image of God He created him; male and female He created them (Gen. 1:26–27).” And after creating the man, God looked on what He created and saw that is was VERY good, the only time that this superlative is used in reference to the creation.

God gave man the Garden of Eden, where he lived in a state of Paradise. However, God gave the man free will. He did not force man to live in union with God. He gave him a choice. He told man, “You may freely eat of every tree of the garden; but of the tree of the knowledge of good and evil you shall not eat, for in the day that you eat of it you shall die (Gen. 2:16).”

But man was not content. Instead of feeling thankfulness for all that God had given to him, man was ungrateful. And tempted to eat from the tree, he did so. And God cast mankind out of Paradise, out from the Garden of Eden. Instead of living in unity with God, the human being now lived in a state of chaos—victim of his own mistakes, victim of the mistakes of others, and victim of a broken creation filled with “natural” (in reality unnatural, because God made nature perfect) disasters, until the day that each human being dies, and returns to the dust from which he was created.

A wall of separation separated man from God. In Genesis 3:24, we read, “God drove out the man; and at the east of the garden of Eden He placed the cherubim, and a flaming sword which turned every way, to guard the way to the tree of life.”

God did not abandon His people though. He made a covenant with Noah (Gen. 9:13–17) that He would never destroy the earth with a flood again. He made a covenant with Abraham (Gen. 15) that God would be a Father to Abraham and all of His descendants. The sign of the covenant was circumcision (Gen. 17). God gave deliverance from famine through Joseph (Gen. 41). He gave deliverance to His people, the Israelites, from the oppression of Pharaoh (Exod. 14). God gave order to the people of Israel through the Ten Commandments (Exod. 20). He gave His people judges, kings and prophets in every generation, to let them know that they were not forgotten by Him. Throughout the Old Testament, there are prophecies foretelling of the coming of Christ the Messiah, who will save His people from their sins. “But when the time had fully come, God sent forth His Son to redeem those under the Law (Gal. 4:4).” This is the Feast of the Nativity. The story of the Nativity is told in Prophecy (Old Testament), the Gospels (New Testament), the Epistles (New Testament), and hymns and prayers (from the liturgical tradition). All will be used on our journey to the Nativity.

As we begin our journey, remember these three things—God made us in His image and likeness; we fell through sin; and through the Incarnation (which begins the earthly ministry of Christ that culminates in His Passion and Resurrection from the dead), we are reunited with Christ, as the Creator comes to live among His creation and redeem us from our sins.

Today’s prayer is a hymn from the Vespers of Christmas, which tells us that through the Nativity the wall of separation between us and God came down.

Come, let us rejoice in the Lord, as we tell about this mystery. The middle wall of separation has been broken down; the fiery sword has turned back, the Cherubim permits access to the tree of life; and I partake of the delight of Paradise, from which I was cast out because of disobedience. For the exact Image of the Father, the express Image of His eternity, take the form of a servant, coming forth form a Virgin Mother; and He undergoes no change. He remained what He was, true God; and He took up what He was not, becoming human in His love for humanity. Let us cry out to Him: “You who were born from a Virgin, O God, have mercy on us.” (Trans. Fr. Seraphim Dedes.) 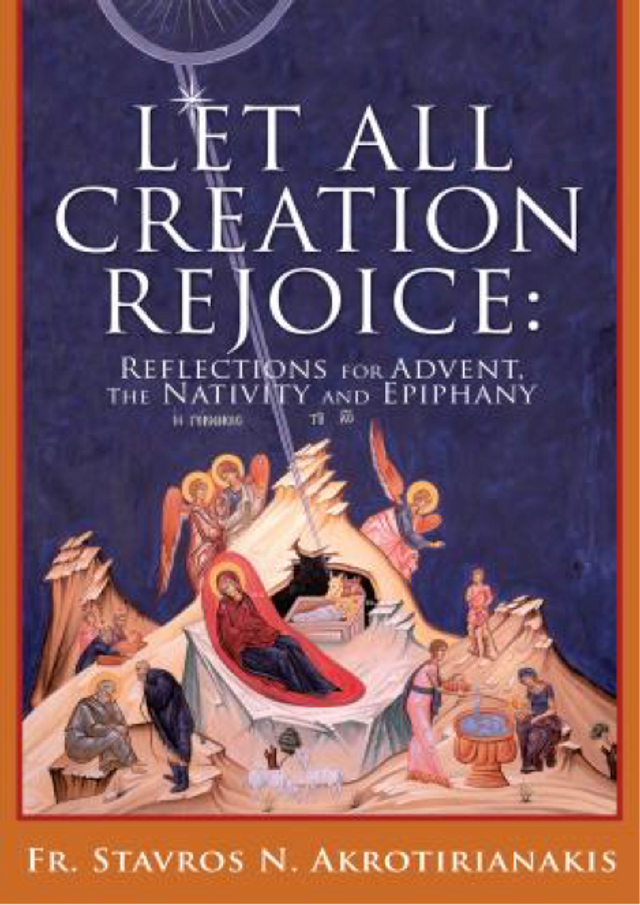