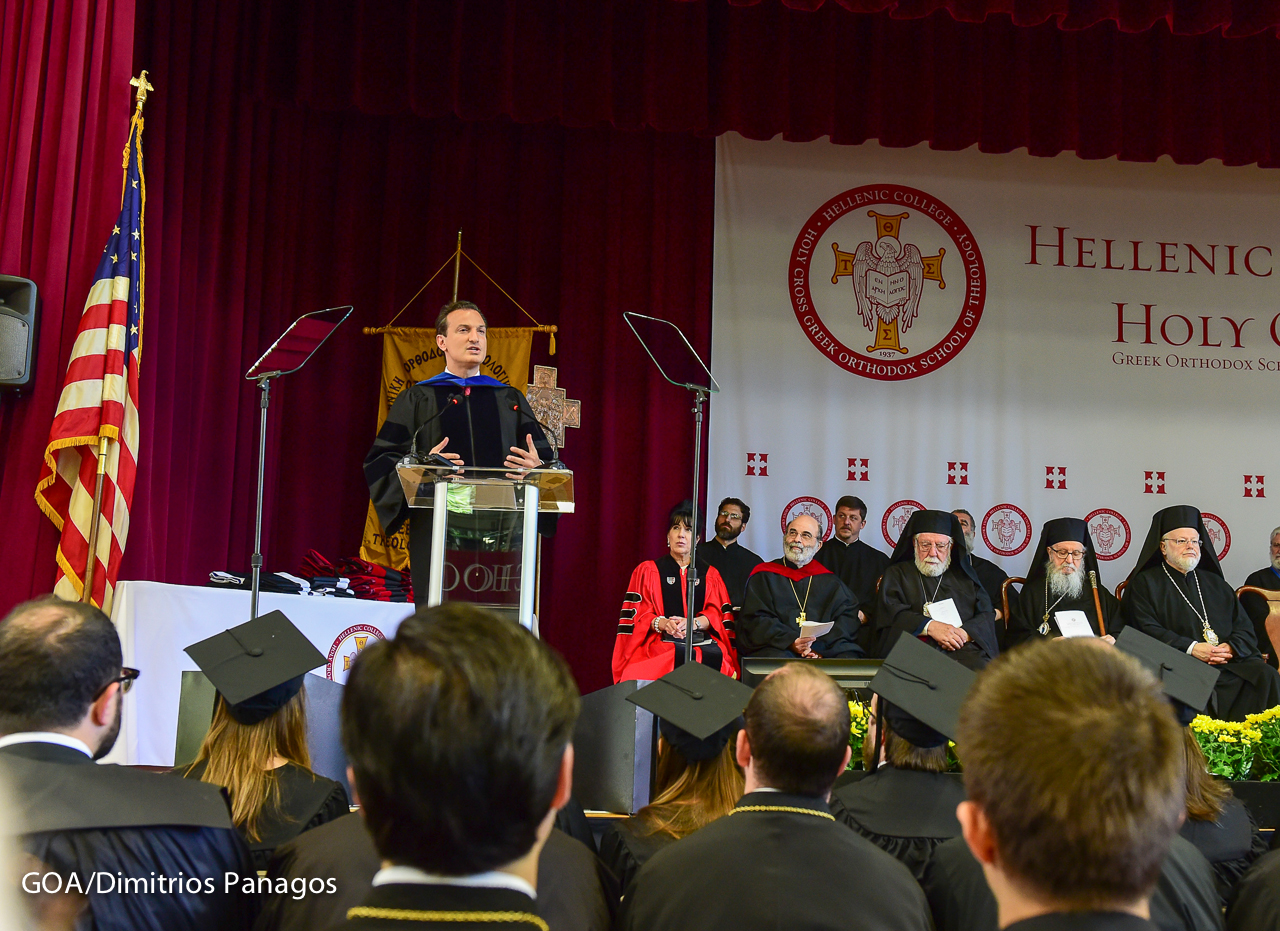 Mr. Logothetis is chairman and CEO of Libra Group, an international diverse company comprised of 30 subsidiaries in 35 countries on six continents.

Fr. Poulos, described as “legendary” by Archbishop Demetrios, is retried priest of Church of the Archangels in Stamford, Conn., where he actively served for 53 years and, at age 95, still continues to have office hours at the church.

Archbishop Demetrios concluded the commencement program, with exhortatory remarks highlighting three components of the school’s significance to the students: the educational, Faith and Hellenism facets.