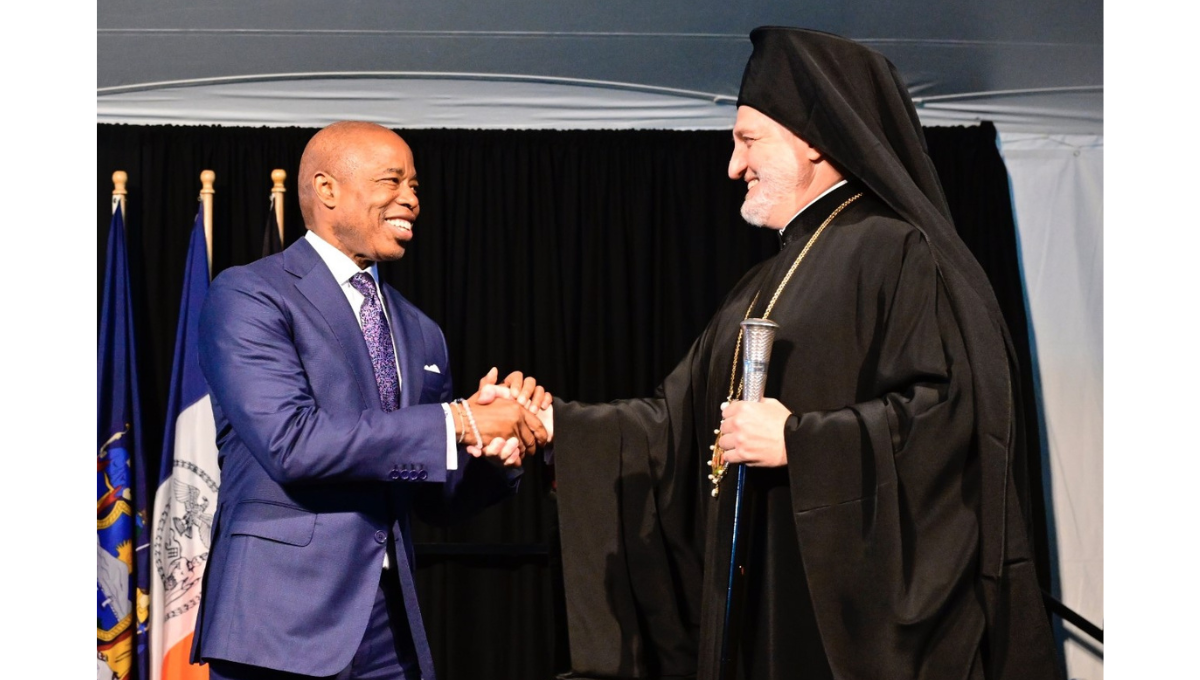 New York - Today, June 2, 2022, His Eminence Archbishop Elpidophoros of America offered a prayer at Gracie Mansion during the Greek Heritage Reception, hosted by New York City Mayor Eric Adams, on the occasion of the Greek Independence Day Parade. In his remarks, Archbishop Elpidophoros said, “As you know, Greeks have been a part of the fabric of New York City for generations – from the earliest immigrants, who passed under the shadow of Lady Liberty through the gates of Ellis Island, to the amazing band of entrepreneurs, who have filled New York at every level of civil and social life.”
Archbishop Elpidophoros also thanked Mayor Adams for hosting the reception stating, “On behalf of the Greek Orthodox Archdiocese of America I would like to express to you our deepest thanks and abiding appreciation for your recognition of our Greek heritage in this centennial year of our Sacred Archdiocese, as the preeminent Eparchy of the Ecumenical Patriarchate of Constantinople.”
This year’s Parade includes the Presidential Guard and Evzones from Greece. The parade celebrates not only Greek Independence Day, but also the 201st Anniversary of the Hellenic Republic and the 100th Anniversary of the Greek Orthodox Archdiocese of America. Following the reception at Gracie Mansion, Archbishop Elpidophoros attended a meeting at Stathakion in Astoria where organizers of the Parade officially welcomed the Evzones.
The New York City Greek Independence Day Parade resumes this year after being cancelled in 2020 and 2021 due to Covid-19 restrictions.
Photo: GOA/D. Panagos