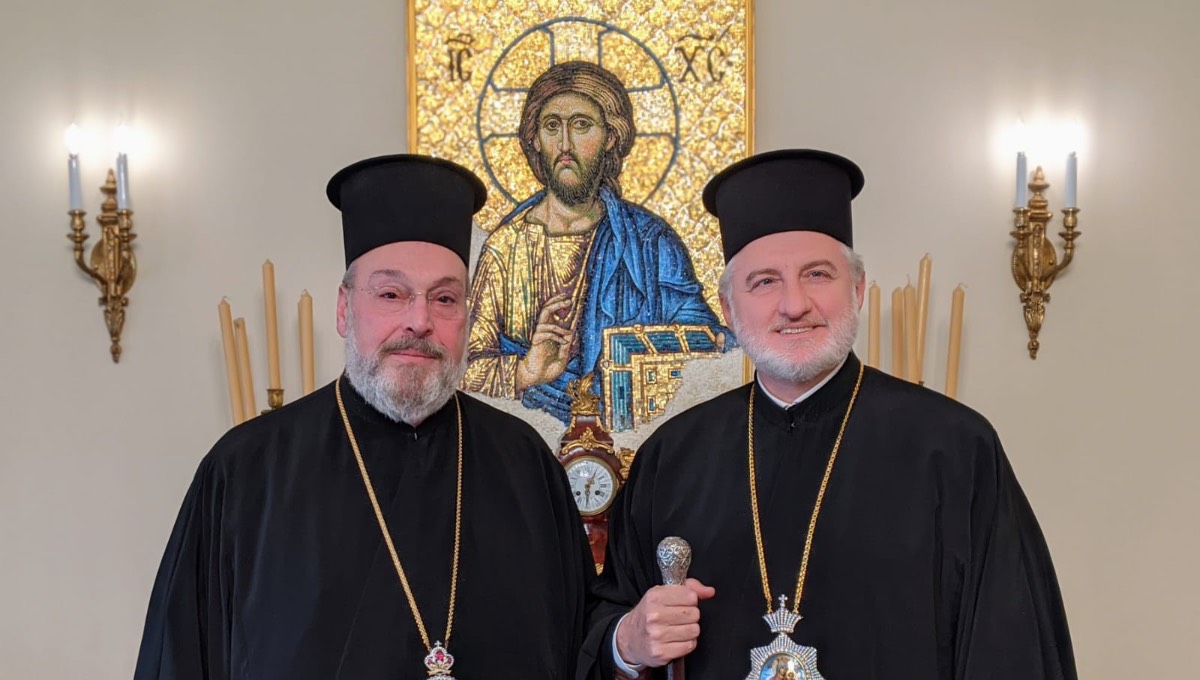 Today, His Eminence Archbishop Elpidophoros received Metropolitan Evangelos of Sardes, and congratulated him on his election to this historic Metropolis of the All-Venerable Ecumenical Throne.

During their fraternal and cordial meeting, the two hierarchs discussed the practical issues of transmission and reception of the Holy Metropolis of New Jersey, and the Archbishop had the opportunity to announce to his esteemed guest the conclusions of the Holy Eparchial Synod on his future presence and activity in America.

There was an agreement of views on all the issues discussed and in conclusion, the Archbishop invited the Metropolitan of Sardes to preside at the Divine Liturgy next Sunday, October 18th, at the Saint Demetrios Cathedral in Astoria, New York, where the same hierarch served as presiding priest for a number of years, demonstrating labors and pastoral work worthy of emulation.