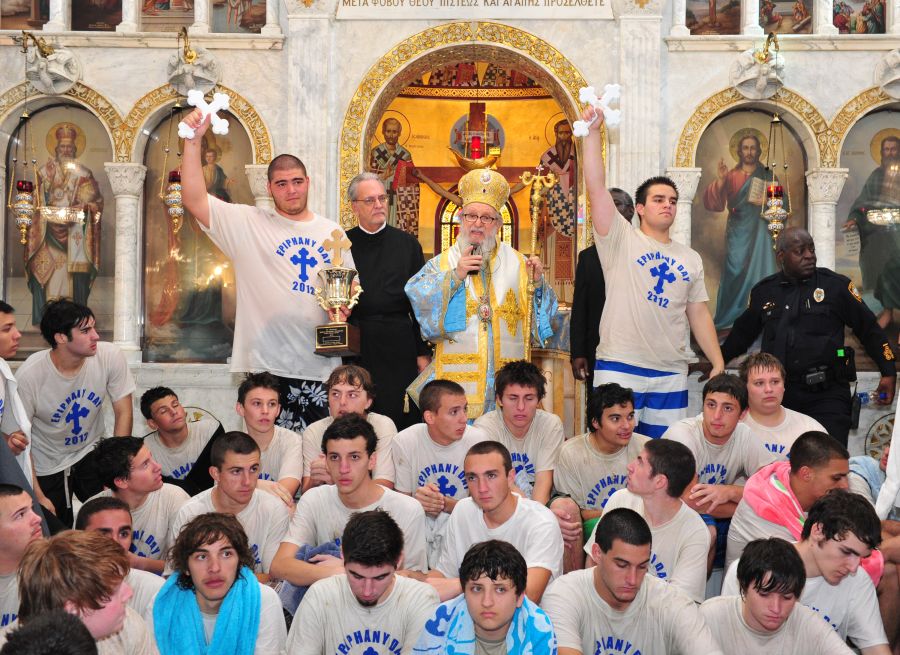 Tarpon Springs, Fla. - Archbishop Demetrios of America presided at the celebrations of Holy Epiphany and the tossing of the Cross in Spring Bayou.

Following the Divine Liturgy and the Agiasmos Service in the Greek Orthodox Cathedral of Saint Nicholas, a procession lead to Spring Bayou. Participating in the services and the celebrations were Metropolitan Alexios of Atlanta, Metropolitan Nikitas of Dardanellia and Bishop Sevastianos of Zela, who had served as pastor, the Tarpon Springs Church for several years.

Sixty-one 16-18 year-old boys dove for the Cross, but several minutes later none was able to retrieve the Cross. Archbishop Demetrios then decided to toss into the bayou the second white wooden cross which is made for such an eventuality. The Cross was retrieved by Louis Mailisand, 17; and Jared Alissandratos, 16; as it was determined by officials. Shortly after the clergy and the officials had departed the area, Miros Petru, 17, who with some other divers had stayed into the water looking for the first Cross retrieved it and was carried on the shoulders of the other divers to the Church and was also declared a winner.

A traditional feast and dancing concluded the day at the Spanos/Pappas Community Center.

For a photo gallery from Epiphany day in Tarpon Springs visit
http://photos.goarch.org/ 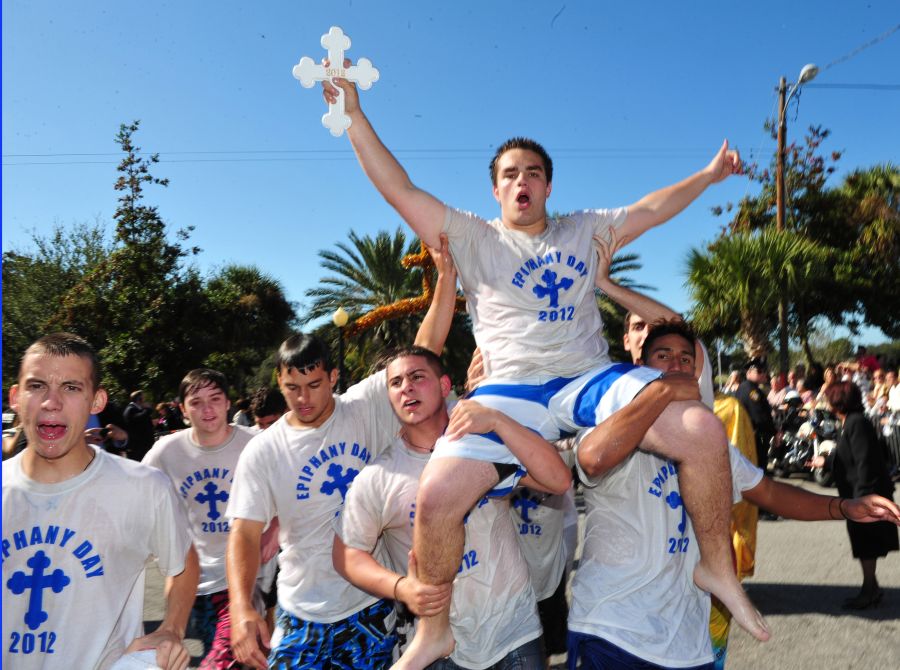