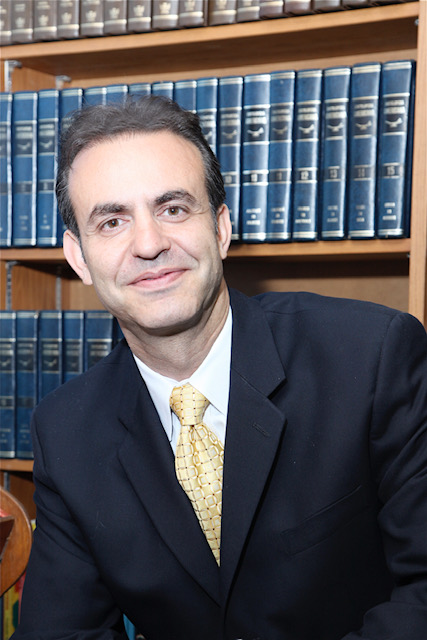 Dr. Koularmanis, an educator/administrator over his 28-year career at the K-12 levels since 1992, was appointed principal of Saint Demetrios on September 1, 2000. Koularmanis worked his first 4 years in education for the NYC Department of Education 1992-1996 where he was tenured. He transitioned to the Hicksville School District where he received his tenure in 1999.  On February 1, 1999, he was appointed as the Assistant Principal of the Saint Demetrios School system.  Immediately after, he was elevated to Principal.

During his 20 years as the Chief Administrator of the Saint Demetrios School system, Koularmanis raised the bar for Greek-American Education is the United States. Under his administration, the Saint Demetrios School system has been recognized not only as a top Greek-American school but has also ranked as one of the best parochial schools in NYC.  The school has been very fortunate to have received many honors and recognitions in Greece, as a leading education institution abroad.  Due to the schools’ prestige under Dr. Koularmanis’ leadership, visitors such as Ecumenical Patriarch Bartholomew, Prime Ministers Mitsotakis, Samaras, and Tsipras, as well as dignitaries, politicians, famous athletes, and others have honored the school with their presence.

In addition to visitors, benefactors and foundations were impressed by his work and pledged their support. Dr. Koularmanis was able to secure over $3 million dollars in donations/grants from benefactors such as the Niarchos Foundation, Dr. Apostolos Tambakis, the NYC State Department of Education, DYCD., etc.

As an educational leader, Dr. Koularmanis reconstructed the schools’ programs and curriculum ensuring that every student that attends the school receives an excellent education. Students graduating from the High School have been accepted to some of the best Universities, such as Yale, Columbia, Barnard, Cooper Union,  Rensselaer, NYU, Sophie Davis Medical School, etc.  The majority of these students received full scholarships.

Dr. Koularmanis was born in Toronto, Canada to Demetrios and Areti Koularmanis from Tripoli, Arcadia.  Upon his birth, his family relocated to Corona, NY. Dr. Koularmanis is married to a devoted and loving wife, Mary Foukas and currently resides in New Jersey. They have been blessed with two extraordinary sons, Demetrios and Ioannis.

Dr. Koularmanis believes that the only true happiness is when you serve others.