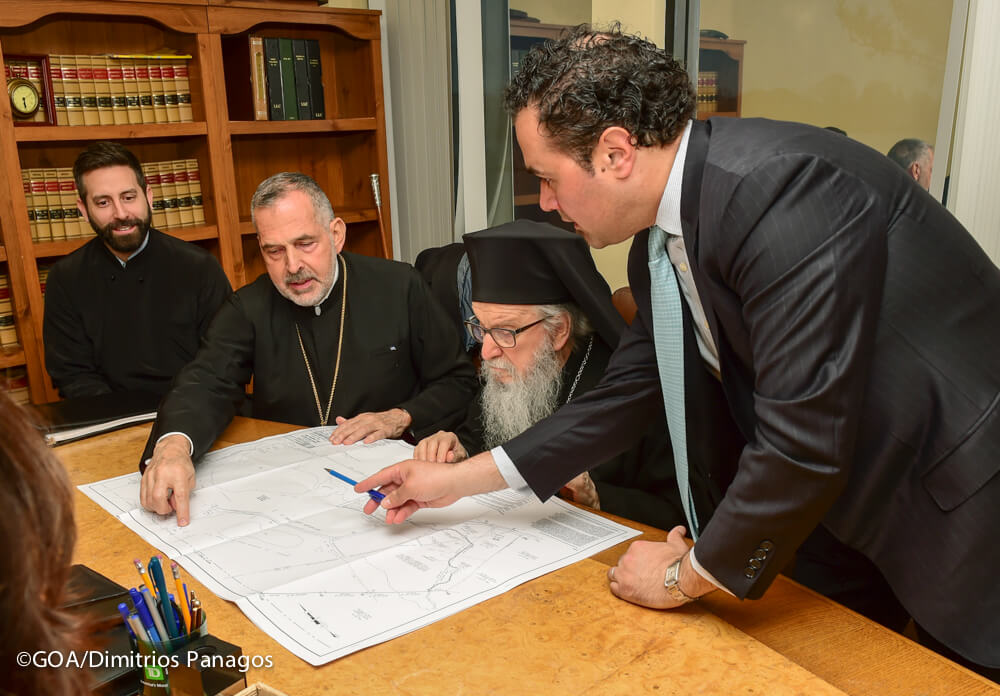 NEW YORK – On April 16, 2018, His Eminence Archbishop Demetrios and members of the Camp St. Paul Committee closed on the purchase of the future site of Camp St. Paul at a cost of approximately $1,450,000.  Since its inception 14 years ago, this successful camping ministry of the Direct Archdiocesan District of the Greek Orthodox Archdiocese of America has been leasing a site in Batam, Conn., and in 2016 because of its exponential growth, the camp leadership decided that the District needed to secure its own property to assure the continued success of this camping ministry.

Camp St. Paul was established in 2005 when under the guidance of the then D.A.D. Youth Director Fr. Constantine Lazarakis, Fr. Elias Villis was appointed Director with the blessing of His Eminence Archbishop Demetrios.  In its first season, there were 45 campers in attendance during the one-week session.  Over the years, it has now grown to over 790 individual registrations over five one-week sessions in 2017.

The tremendous response of the community to this camping ministry initiated a long and arduous task of identifying an appropriate site for the growing program. In November of 2015, His Grace Bishop Andonios, Fr. Elias Villis, Mrs. Jennifer Constantin, a realtor who offered her services pro-bono and Fr. Panagiotis Papazafiropoulos, Director of the District Youth and Young Adult Office, began the search. In December of 2016, the present property was located and the process towards the purchase began.

Situated near Warren, Conn., the bucolic site, abutting state parklands, includes 151 acres of beautiful scenic woodlands, a private 17-acre lake, smaller swimming pond, a dramatic natural amphitheater and trails for hiking. It was owned by the Thyberg Family and operated as a bible camp for over 50 years. It was the heartfelt wish of the family that the property continue to be used for this sacred purpose. They and the Direct Archdiocesan District worked closely together in finalizing and continuing this vision.

A team of volunteer attorneys led by John Louizos assisted by Harry Raptakis and Nikiforos Matthews, finalized the formidable legal process and the District, through its camp fund, was able to complete the transaction with a down payment of $588,000, with additional financing through Alma Bank.  Moving forward, a Capital Campaign Committee will be appointed to raise the funds necessary to making the new site able to sustain the camping program, by replacing outdated buildings and addressing the infrastructure, which needs to be brought up to code.

As Camp St. Paul embarks upon its 14th year of operation there is great expectation and hope that this new site will enable the District to expand and enhance its ministry to the youth and young adults of the Church as well as other members of the community.