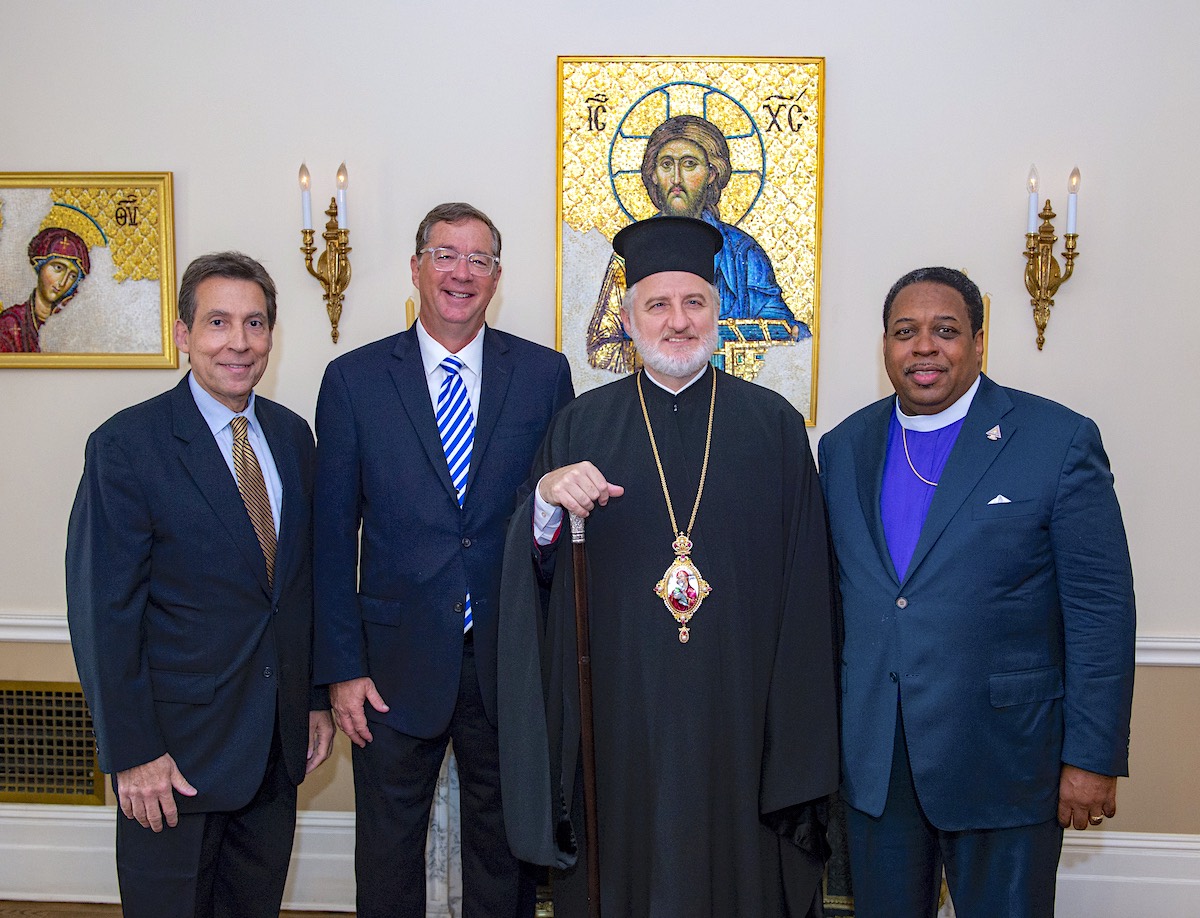 After exchanging gifts, the structure and needs of both sides were discussed. Bishop Moore emphasized the NCC’s current focus on ending racism, remembering the Archdiocese’s role in launching the ACT to End Racism initiative in 2018 as well as connecting the current efforts to those of Archbishop Iakovos during the civil rights movement of the 1960s. Archbishop Elpidophoros expressed the Archdiocese’s continued commitment to the work of the NCC and all relationships therein.

During the meeting, Archbishop Elpidophoros professed, “while texts and explanations are often sought and serve an important purpose, our example negates their necessity. Common witness and common prayer among our churches will be enough to guide our people to understanding one another better and to harmonious living.”