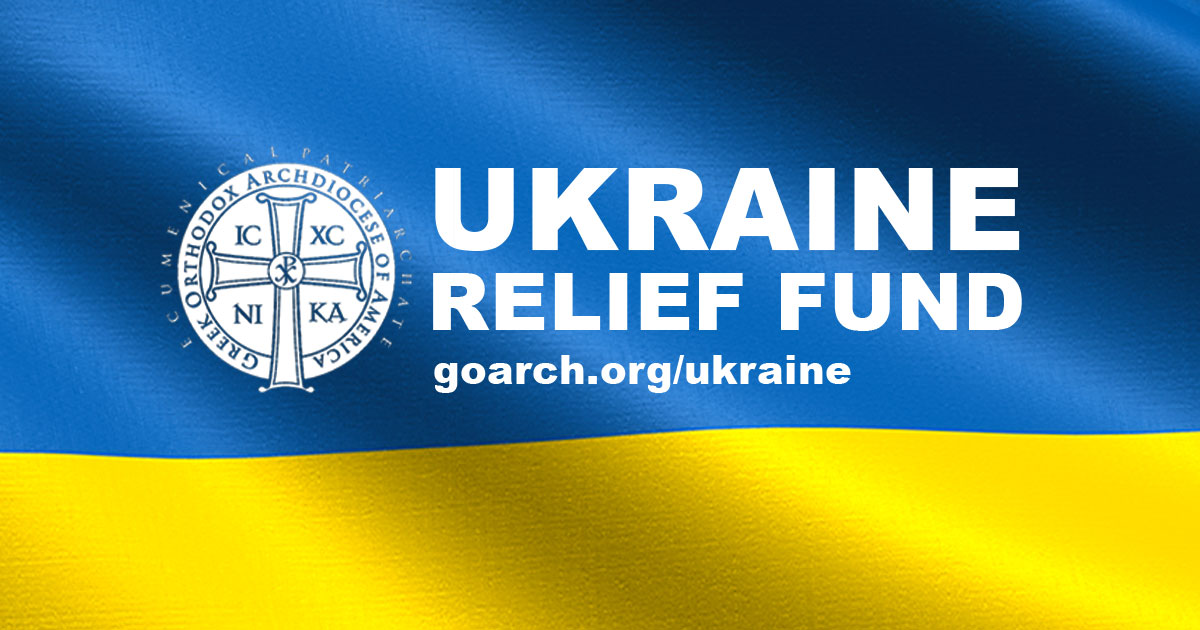 On Wednesday evening, March 2, 2022, His Eminence Archbishop Elpidophoros was conferred an honorary doctorate of the Department of Greek Philology by the Democritus University of Thrace at a ceremony held on campus in Komotini.

In his speech, entitled “The Ecumenical Patriarchate as a Body of Peace and Mutual Understanding Between People and Cultures,” the Archbishop addressed the crisis in Ukraine, reaffirming solidarity with Ukrainians and announcing a major fundraising effort to help those most affected by the Russian invasion.

The GOARCH Ukrainian Relief Fund, established in collaboration with the IOCC, aims to raise $1 million for both immediate and long-term support of the Ukrainian people. Early today, His Eminence also donated $100,000 to the Ecumenical Patriarchate, on behalf of the Greek Orthodox Archdiocese of America, to support the efforts of the Orthodox Church of Ukraine.