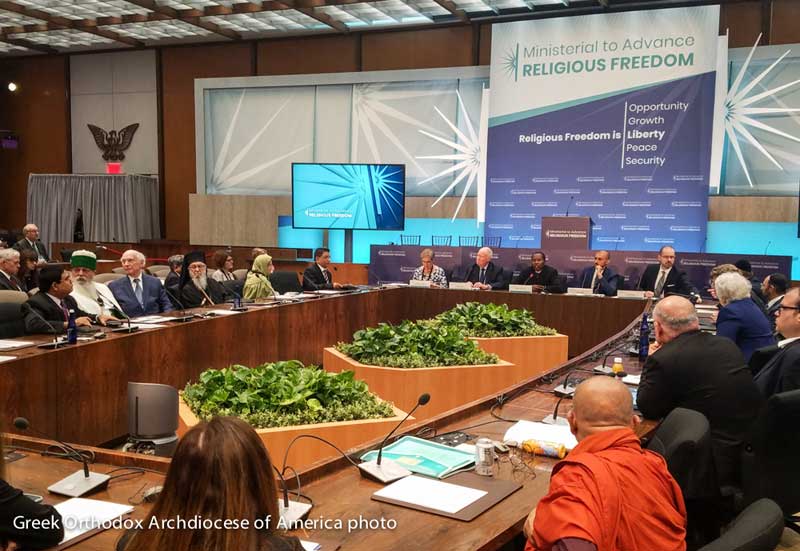 WASHINGTON – His Eminence Archbishop Demetrios of America, at the invitation of the Secretary of State of the United States Mike Pompeo, participated in the first-ever Ministerial to Advance Religious Freedom, July 24-26, 2018, held at the State Department.

The Archbishop’ s remarks were very well received by the Plenary and the participants applauded his call for action in support of the Ecumenical Patriarchate.

On the sidelines of the Ministerial conference, His Eminence had the opportunity to meet with several officials including Sam Brownback, United States Ambassador-at-Large for International Religious Freedom; John J. Sullivan, Deputy Secretary of State; Knox Thames, Special Advisor for Religious Minorities in the Near East and South/Central Asia; and religious and political leaders from around the world.

John J. Sullivan, Deputy Secretary of State hosted in the evening of Wednesday, July 25, a reception for the participants of the Ministerial at the Benjamin Franklin Room of the State Department.

Today, the last day of the conference, Archbishop Demetrios attended the introductory address of Secretary of State Mike Pompeo and the very comprehensive Keynote Address of Vice President Mike Pence.