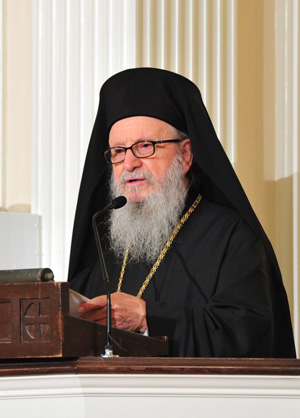 NEW YORK – “Orthodoxy: An Unlimited Expression” was the topic of a lecture presented by His Eminence Archbishop Demetrios yesterday Nov. 9 at Yale University’s Marquand Chapel.

Archbishop Demetrios was invited by Yale Divinity School to present this lecture at the start of a conference titled “Looking East: A Window on the Eastern Christian Traditions of Epiphany” and the art exhibition “People, Piety, and Sacred Power in the Eastern Mediterranean.”

His Eminence was welcomed and introduced to the audience by Yale Divinity School Dean Dr. Harold W. Attridge. In his engaging lecture the Archbishop presented the many contributions of Orthodoxy to the World and to people of faith throughout the centuries. These included expressions in the fields of language, literature, hymnology, philosophical thought and language, the arts as in iconography, embroidery, architecture, music and even in the dramatic arts. Archbishop Demetrios also documented Orthodoxy’s offerings and expressions in the development of social institutions, the advancement of philanthropic works and ideals and the promotion of education. He said that Orthodoxy offers many unlimited expressions, but it is in itself an unlimited expression which is making the material spiritual and thus is declaring the Glory of God.

The Lecture was attended by Yale faculty members, students, clergymen and many faithful who had come for this event. The Lecture was broadcasted live in the Internet and is available for viewing as an archive at http://divinity.yale.edu/orthodoxy-unlimited-expression 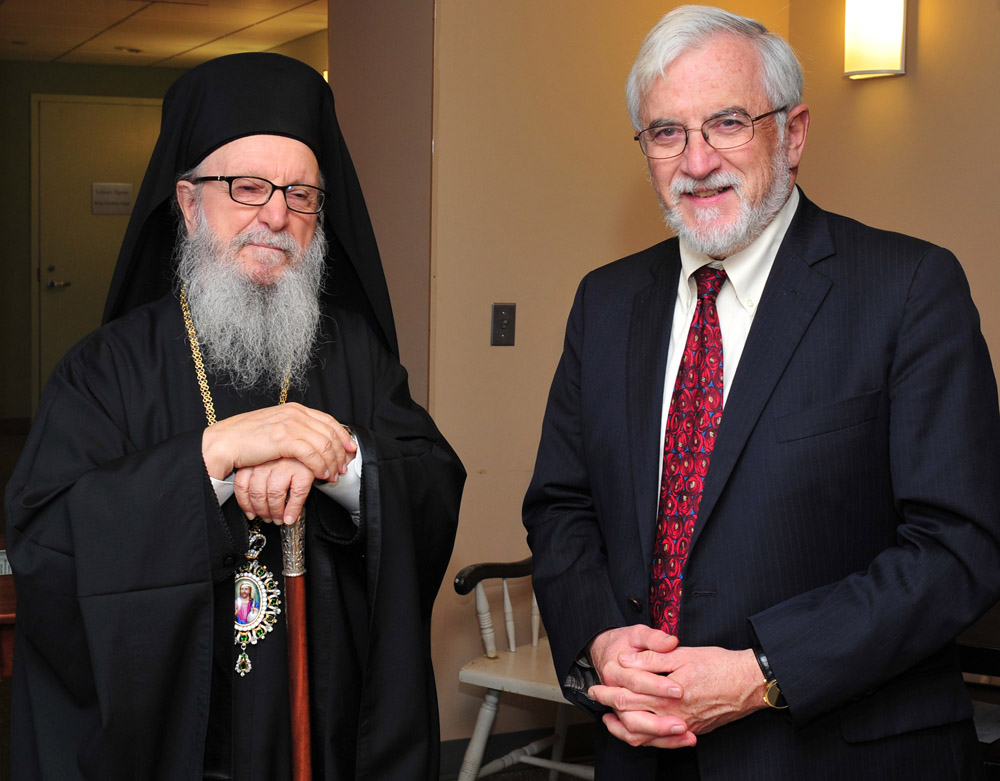