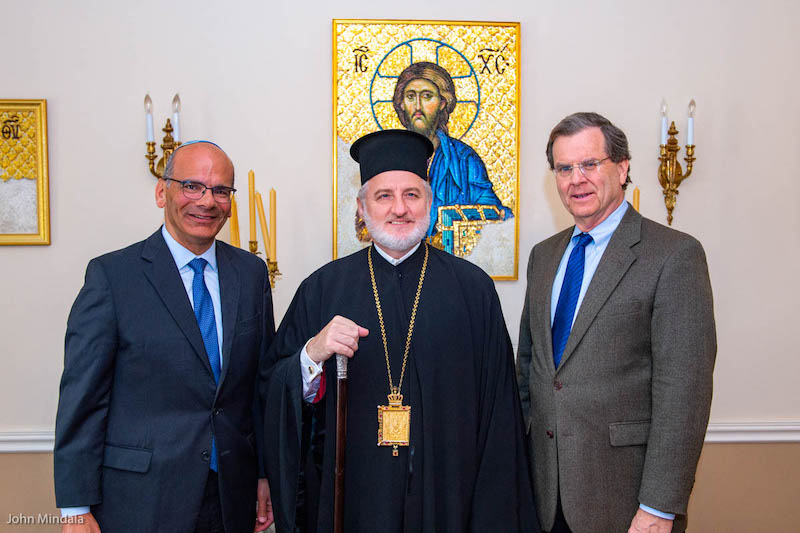 The Archbishop thanked the AJC for their deep and longstanding bond with the Archdiocese and their unwavering support of the Ecumenical Patriarchate. The AJC acknowledged the critical international role that the Ecumenical Patriarchate continues to play in establishing peace and reconciliation among peoples. In a spirit of candidness and honesty some of the challenges facing the Eastern Mediterranean were discussed and the strong cooperative bond between Israel, Greece and Cyprus was highlighted.