Print A Circuitous Journey to the Holy and Sacred Priesthood 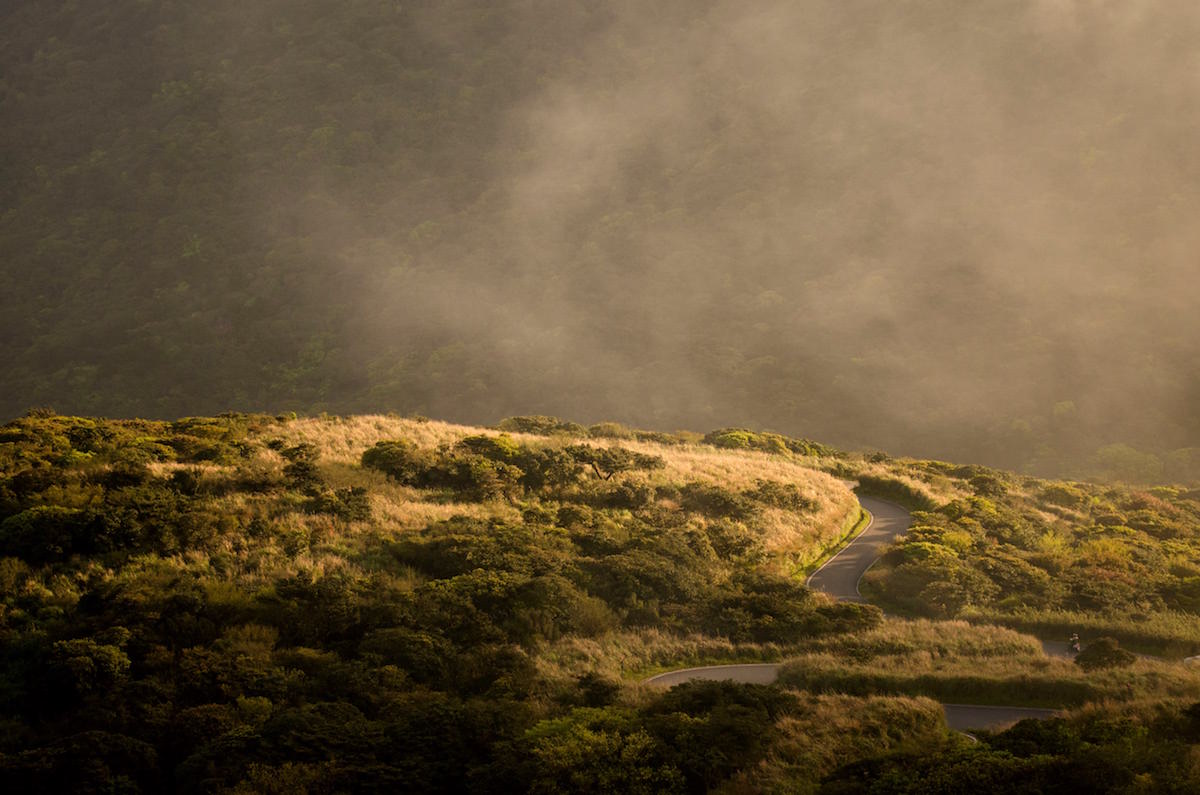 "Trust in the Lord will all your heart,
And lean not on your own understanding;
In all your ways acknowledge Him,
And He shall direct your paths.
Do not be wise in your own eyes;
Fear the Lord ..." (Proverbs 3:5–7)

I am writing this short autobiography for the explicit purpose of inspiring prospective students to consider pursuing studies at Hellenic College – Holy Cross Greek Orthodox School of Theology (HCHC), no matter what their age or circumstances. There is nothing more edifying and gratifying than serving our Church for the glory of God, service to humankind and one’s own personal salvation. In John 14:6 Jesus says, “I am the way, the truth, and the life. No one comes to the Father except through Me.” I would like to add also that God works in mysterious ways. I am sharing my journey to the Holy Priesthood as a unique example of one’s individual fulfillment of God’s will. My family and life experiences were also facilitative, contributing factors in my journey.

I was born during the Great Depression of 1929. The city of Lowell, Massachusetts, was a microcosm of all of Greece. It was a Hellenic community with eventually more than ten thousand immigrants living and working in various occupations, primarily in the cotton and textile mills. There were ethnic grocery markets, retail stores, pharmacies, physicians, etc., to serve the Greek community. The coffee houses (each with their distinct, patriotic province) were the central meeting places for socializing and for contemplating and discussing the political issues of Greece and the process of assimilating into the American way of life. My father worked in a cotton mill to support a family of six children. My mother was the homemaker. Greek was the primary language of our home and throughout the community. Most of the children attended the Hellenic American Academy at Holy Trinity Greek Orthodox Church (the first Greek-American Orthodox day school in the United States). The church was the focal point of our family gatherings and where we received our spiritual formation as we enjoyed participating in our cultural activities.

We enjoyed the simplicity of life because our country was experiencing and struggling through the Great Depression. At the Hellenic American Academy we had dedicated teachers who exposed us to our Orthodox faith; our heritage, language and culture; and the English language and other educational requirements. The young boys of the school also served in the altar with Rev. Fr. Demetrios Sgouros, a priest from the island of Corfu, Greece. After graduating from the fifth grade we attended public schools, where we were integrated with other children from Irish, French, Italian, Yankee, Hispanic and other backgrounds. In spite of this integration, we still maintained and pursued a strong Greek ethnic ethos. At the outbreak of World War II, many of our young people volunteered or were drafted into the armed services. They were sent to foreign lands to defend our country’s and the world’s freedom, and many made the supreme sacrifice. A service flag with blue stars in the window indicated the number of family members serving, and a gold star indicated their supreme sacrifice.

As the war ended all the military personnel returned and were guaranteed their former employment, or they pursued other careers or additional education. Many high school graduates found it difficult to find gainful employment under these circumstances. For a while I worked in the Lowell mills, and then I joined the Massachusetts State Guard. My outfit was federalized and would be sent to Korea. I decided to join the Navy for four years instead. After basic training at Great Lakes, Illinois, I was assigned to a small ship: an icebreaker serving the areas of Labrador, Newfoundland and Greenland. On one occasion our ship received an SOS call at 3:00 am to rescue a fishing schooner that was adrift off the coast of Newfoundland. In this attempt I almost fell overboard and would have drowned at sea but for the saving arms of one of the officers—the Lord’s protection, to be sure.

I was then reassigned to shore duty for six months in a small northern naval weather station in Grondal, Greenland. After that I was assigned as a personnelman aboard the USS Midway, a large aircraft carrier with the Sixth Fleet in the Mediterranean. One of my many duties on board was assisting the chaplains, who were Protestant and Catholic. At every portof call (France, Italy, Greece, Africa, etc.) we invited hundreds of orphan children aboard our ship, entertained and fed them, and gave each of them a present. On one of our tours we entertained Miss Greece (of the Miss Universe pageant), Daisy Mavraki of Chania, Crete. While in Piraeus and Thessaloniki, I had the opportunity to either be a translator for our fleet’s Admiral Ingersoll or take shore leave for a few days and visit my relatives in Larissa, Megalopolis, Kalamata and Messenia. I chose to visit my relatives.

After my four years of service, I returned to Lowell and, thanks to the GI Bill, I attended Boston University, aspiring for a career in radio and television broadcasting. After my freshman year I learned that the opportunities in this field were very scarce. After a career counseling session, I was advised to consider personnel service, social work or education. I completed my studies in Boston University’s School of Education, and after graduating I received a position at North Reading High School. In the meantime I married Helen Triantafilou of Woburn, and we settled in Lowell and Chelmsford, Massachusetts. I then received a position in the Nashua, New Hampshire, school system as a teacher of English.

I applied for and received a government Fulbright grant to teach English in the Greek high schools in Volos, Greece. While we were abroad, my wife and I visited and were guests of Ecumenical Patriarch Athenagoras in Istanbul (Constantinople), Turkey. At a dinner hosted by the Ecumenical Patriarch for about sixty visiting guests, His All-Holiness asked me to bring my plate to him and said, “Anastasi, I am giving you some special fish, which you have never eaten before in your life.” Was this a prophetic message guiding me to a more spiritual journey?

Later, on a return trip from the Holy Land, we were guests of His Beatitude Archbishop Makarios, President of Cyprus.

For my second year in Greece, I was offered a position to teach at the American College of Greece in Athens, but we returned to the United States to attend the wedding and ordination of my brother-in-law, Rev. Fr. Nicholas Triantafilou. I returned to Nashua to continue teaching English in the high school. My preference and desire was to work as a counselor for students with special needs.

Desiring to work with students on an individual basis, I received a government scholarship to pursue advanced studies in counseling and education through a master’s degree at Boston University. The Massachusetts State Department assigned me as a school social worker in the school union of Tyngsborough, Dunstable and Pepperell.

Afterward, I received a position in the Lexington school system as a counselor-consultant for the elementary schools.

In the summertime I was a director of a camp for specialneeds children in Chelmsford, Massachusetts, for five years. Children ranged in age from five to twenty-one. Occasionally in the summer I was also a program director and director of the Boston diocese camp in Maine and New Hampshire.

Two years after my time as camp director we had our third child, who happened to be born with a chromosome anomaly, Down syndrome. Our family was challenged for many years, but eventually John’s unconditional love became a guiding force leading me and my family toward a more intense, evolved spirituality. He was a constant reminder to us that we are all made in God’s image and likeness and that love overcomes all adversities.

My brother-in-law, Fr. Nick, encouraged me to consider studies at Holy Cross Greek Orthodox School of Theology. I attended the seminary and took graduate classes in the afternoon and evening for two years, eventually receiving a certificate of religious studies. I inquired about ordination to the diaconate, but I was informed that I could pursue studies for a program instituted by Rev. Fr. Stanley Harakas, Dean of Holy Cross, for priests with lay vocations.

This program became very arduous and overwhelming because I had two sons in college, a son with Down syndrome and a full-time occupation as a school psychologist with the Chelmsford school system. I also was involved in a men’s Byzantine vocal group, served as Junior Youth Director for the Diocese of Boston and was a Sunday school teacher and choir member at the Transfiguration of Our Savior Greek Orthodox Church in Lowell. I continued my parenting responsibilities and my obligations as a psychologist in the Chelmsford school system until my retirement at age sixty-four.

My wife, Helen, knew my heart and that I was still focused on studying at Holy Cross, and she encouraged me to discuss this with His Eminence Metropolitan Methodios (then Bishop Methodios), President of HCHC. He accepted my matriculation at Holy Cross.

Most of the students thought I was a faculty member, but I assured them that I was a student like them. Needless to say my studies required intense perseverance and concentration, since I was in an unusual status as an older student. My professors were very compassionate and supportive of my endeavors, and I am forever grateful to them.

I am also thankful to my nephew, Rev. Fr. Theodore Barbas, Chancellor of the Metropolis of Boston, for his guidance, encouragement and support of my endeavors.

I completed my studies in 1995 and graduated at the age of sixty-six. His Eminence Metropolitan Methodios ordained me to the diaconate at St. Demetrios Greek Orthodox Churchin Weston, Massachusetts, and assigned me to the Church of the Annunciation in Cranston, Rhode Island, under the excellent tutelage of Rev. Fr. Andrew George. After several months His Eminence ordained me to the Holy Priesthood at Transfiguration of Our Savior in Lowell. I was then assigned to Taxiarchai parish in Laconia, New Hampshire, where I served for seven years. Helen organized a choir, played the organ and served as Sunday School Director. I was assigned temporarily to Holy Trinity in Lowell and then as a full-time priest at St. George in Lowell. Our special son, Johnny, serves in the altar with me at all the parishes and has been an inspiration and hope to many as a reminder of our Lord’s unconditional agape love.

After a total of eighteen years of service, I requested to retire at the age of eighty-four. I am still active in the priesthood and serve in our metropolis wherever I am assigned.

I am forever grateful to our benevolent and gracious Lord; our metropolitan, who had faith in me; my brother clergy; my devoted wife; my children, James, Charles and John- Chrysostom; my daughters-in-law, Christine and Ana; my six grandchildren; and my family, friends and parishioners for their support, love and devoted service. I offer this writing as an inspiration and example to all who may be called to pursue religious studies and eventual ordination to serve our Lord, regardless of their age, circumstance and situation, or to serve in a variety of situations for the glory of God and for our beloved Orthodox Christian Church.

To God be the glory. Amen.