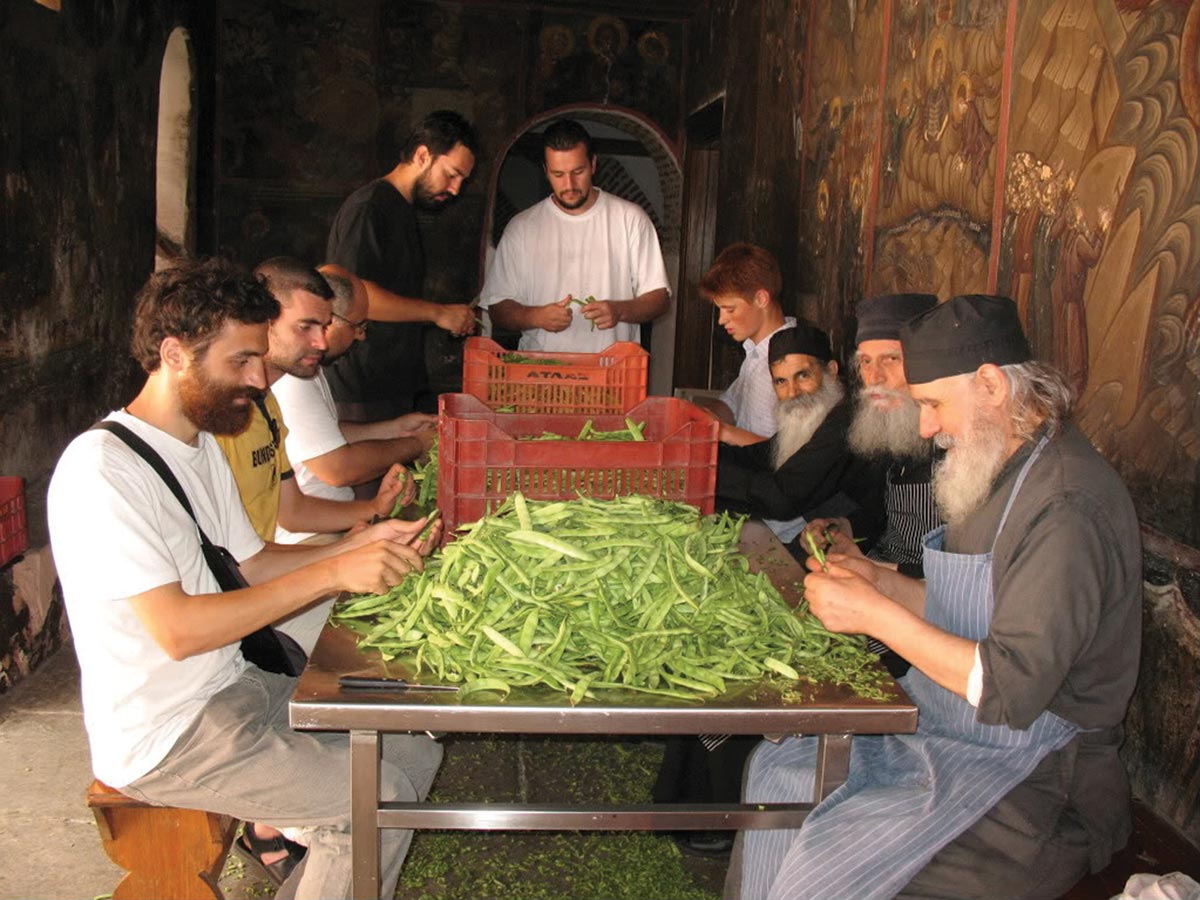 What can we learn about family prayer life from a monastery? More »

A Delightful Surprise: Part I

How can we more intentionally recognize Christ in our midst in every nook and cranny of family life? More »

Regulations for the Establishment and Operation of Holy Monasteries

Regulations regarding monasteries in the GOA. More »

The Community of the Desert and the Loneliness of the Cities

Toward the end of the eighteenth century, St. Kosmas Aitolos foretold that a time would come when a person would have to travel for days to meet another person whom he could embrace as a brother. We are living in an age where this is already happening. Contemporary man, in his loneliness, experiences pathological anxiety, anguish and suffering. He is tormented and, in turn, torments others. Why? This essay will attempt an answer by bringing the fragrance of community found in the desert to the loneliness and the desolation found in cities. More »

Prayer as an Important Aspect of Our Spiritual Life

The life of prayer, which we shall discuss, is one part of a much broader topic spiritual life in general the life in Christ, spiritual ascension, the way to sanctification and deification. Combined with personal inner purification and a regular sacramental life, a life of prayer will help significantly in the regeneration of the faithful during this difficult period in which we live. The content of this discussion is not the property of the author. It consists primarily of material borrowed from the abundant resources bequeathed to us as an inheritance by the holy Fathers. Also included are precious morsels gathered eagerly from the spiritual dinner table of contemporary elders of Mt. Athos. More »

Gerasimos Papadopoulos: Bishop of Abydos, the Wise Abba of America

It is a daring undertaking to speak about a person; much more so, if this person happens to have been a spiritual contender, one who struggled victoriously for a whole lifetime over issues concerning man and God; and particularly so, if this person became a teacher of truth and a servant of the Most High. For there is no greater majesty in this world than for mortal man to be able to invoke the descent of the Holy Spirit and He to descend always and by necessity during the celebration of the Divine Liturgy and the Mysteries of the Church. More »

Since the early years of the Christian era, Christians have been called by Christ Himself to life in the world without being of the world (John 17:13-16). They are distinct from the world, because of their special conduct and their exemplary ethical life. More »

The Skete of Saint Anna

The Skete of Saint Anna, where the late Bishop Gerasimos was tonsured a monk and dwelt for four years, is a dependency of the Monastery of the Greatest Lavra on the Holy Mountain of Athos. It is the oldest and largest skete on the Holy Mountain, having been organized into a community around the middle of the seventeenth century and comprising fifty-eight houses. In the nineteen fifties these were inhabited by a hundred and ten monks. Today they are inhabited by a smaller number. The monks support themselves by painting panel icons, making fragrant incense and prayer ropes, or by other handicrafts. More »