Teachings of the Orthodox Church 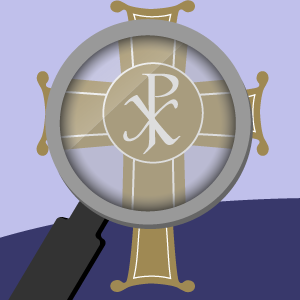 Once again, the Standing Conference of Canonical Orthodox Bishops in the Americas (SCOBA) and the United States Conference of Catholic Bishops (USCCB) are pleased to announce that they have each received $15,000.00 grants from the Prokopis Charitable Foundation to underwrite for 2007 the official Theological Consultation between the Orthodox and Catholic Churches in the U.S.

Twice each year, twelve Orthodox theologians and twelve Roman Catholic theologians gather for the North American Orthodox/Catholic Theological Consultation that was initiated in 1965 by SCOBA and the USCCB.  Having read many of the papers and statements issued over the years by this oldest ongoing official dialogue between the two Churches, Mr. and Mrs. Emmanuel Prokopis have decided to cover the costs of the Consultation for a third year.  Similar grants covered all the costs of the Consultation in 2005 and 2006.

Mr. Prokopis has expressed many times his genuine interest in the success of this dialogue.  He noted that he and Mrs. Prokopis "offer this gift to aid in the rediscovery of the unity that existed during the first millennium.  These efforts are of importance to me personally, as well as to all Christians."

The religious philanthropy of the Prokopis Charitable Foundation is guided by the following principles:  preserving the Word of the Lord; the health, morale and welfare of parish priests; education; and embracing mixed marriages.

In expressing thanks on behalf of Archbishop Demetrios, Chairman, and the SCOBA hierarchs, Bishop Dimitrios of Xanthos, General Secretary of SCOBA, said "It is certainly a great inspiration to know that the significant work done by our theologians over the past forty years is beginning to bear fruit. Seeking to implement our Lord's prayer 'that all may be one,' our hierarchs and theologians, both lay and ordained, embarked on this long and difficult journey four decades ago.  Your very generous support of the work being accomplished by the members of the Consultation, is received with much love and  gratitude."

For his part, Auxiliary Bishop Richard J. Sklba of Milwaukee, the Chairman of the Bishops' Committee for Ecumenical and Interreligious Affairs of the USCCB, thanked Mr. and Mrs. Prokopis for the grant, and said that "your support of these multi-faceted efforts has been most appreciated and, I believe, fully corresponds to Our Lord’s desire that we be reconciled.”

Statements produced by the North American Orthodox/Catholic Theological Consultation can be found on the SCOBA website at www.scoba.us.