Nektarios the Wonderworker, Bishop of Pentapolis 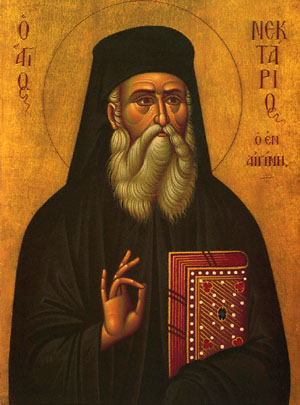 Share the feast of Nektarios the Wonderworker, Bishop of Pentapolis with an icon greeting ecard.