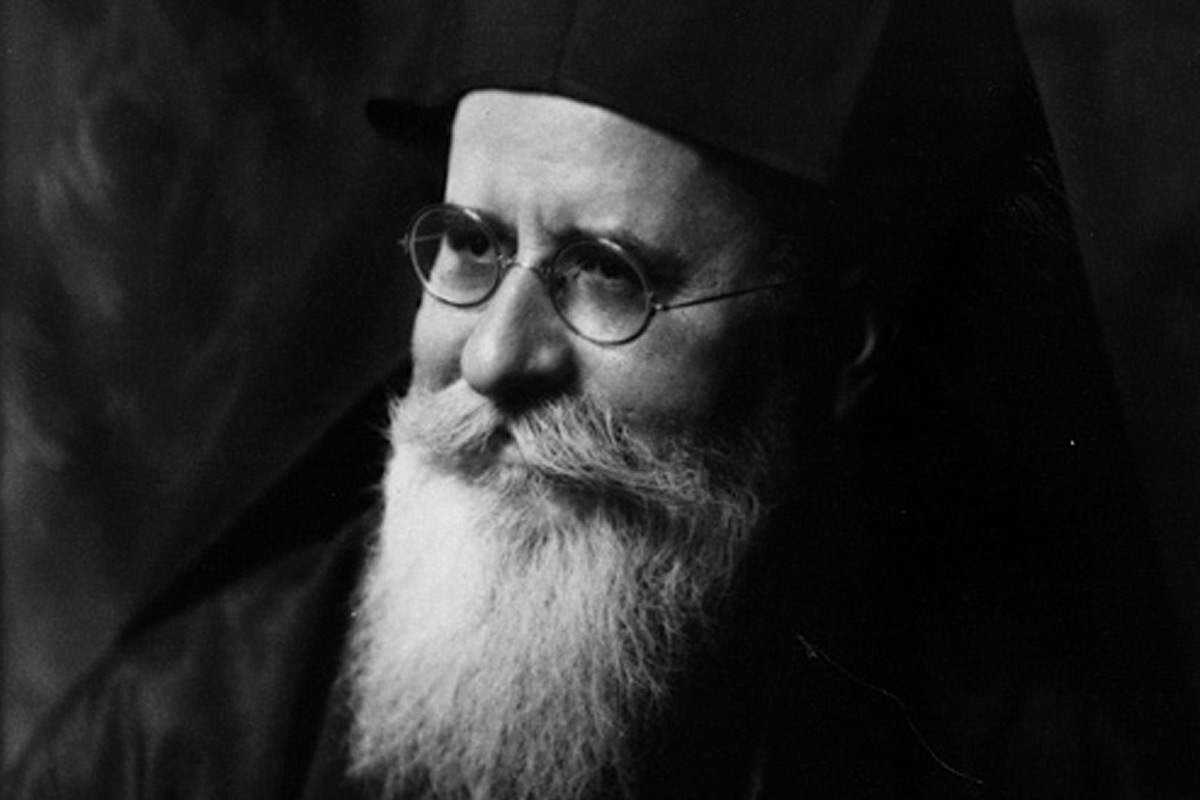 Archbishop Alexander was the first Archbishop of the Greek Orthodox Archdiocese of America from 1922 - 1930.

Archbishop Alexander (in the world, George) was born in 1874 in Nikomedeia of the eparchy of Bithynia in Asia Minor to devout and well-respected parents Vasileios and Anastasia Demoglou (Demopoulos).

He received his primary education at the Scholarcheion in Nikomedia, distinguished by his diligence, usefulness, and proficiency in writing. After his matriculation from the Scholarcheion, he studied for a year at the middle school of Chalcedon after which he applied to the august Theological School of Halki, entering as a student in 1892. On April 2nd, 1895, the day of Pascha, he was ordained a deacon by the then Metropolitan of Chalcedon, Ioakeim Evthyboules, under whose spiritual safeguard he served. He graduated from the Theological School, receiving his degree of Theology in 1902 at which point he was ordained a priest and designated by the ever-memorable Metropolitan of Ephesus from Chalcedon, as a representative to the area of Kordelios of the eparchy of Ephesus with the title of Chancellor.

In 1910 the Metropolitan of Xathi was moved to the Metropolis of Thessaloniki and Alexander followed him, serving as his right hand concerning affairs between the Metropolis and the state due to his linguistic and oratorical abilities.

Not desiring to serve any longer as an auxiliary bishop in Thessaloniki after the death of the Metropolitan, he departed and went to Constantinople during the era of Joachim III. He stayed at the Phanar and often assisted the various Patriarchal Exarchates in successfully addressing matters of import. He was beloved and appreciated by all who knew him.

In 1915, by Synodal decision, the Bishop of Rodostolos was assigned as the Patriarchal delegate to the Metropolises of Thrace, Macedonia, Epirus, and Aegaeon Pelago as well as to the Patriarchal Savropegial Monasteries located there. He held this position principally to address matters between the monasteries and the Ecumenical Patriarchate.

In 1917, he was moved to Athens where he spent about one year. It was at this point that his name became well-known, and his reputation was admired so much as to catch the attention of the then-Metropolitan of Athens, Meletios Metaxakis, who suggested that he be made an auxiliary bishop of the Metropolis of Athens. As he was serving about a month in this new capacity, he was assigned as a member of the ecclesiastical delegation to America under the presidency of the Metropolitan of Athens. Though Metropolitan Meletios would return to Athens, Alexander did not return, but remained in America and was assigned as its Synodical Vicar of the Church of Greece. Metropolitan Meletios would visit America again and during his visit he would be elected Ecumenical Patriarch in 1921, thus, changing the ecclesiastical landscape particularly for the parishes in America.

With the eventual founding of the Sacred Archdiocese of North and South America by the Ecumenical Patriarchate in May 1922, Alexander was elected Archbishop and he became the first sherpherd of this large ecclesiastical eparchy. Archbishop Alexander developed an important charitable endeavor, supporting both metropolitan Hellenism and as well as the immigrants who arrived en masse to the New World in the first decades of the 20th century. He supported the Ecumenical Patriarchate in every way, especially when the Great Church of Christ found itself in a difficult position due to the Asia Minor catastrophe and the loss of much of its flock. During his days, the first steps taken were to organize the education of the Greek community, while also cultivating the relations with the rest of the Christian Churches and confessions in America.

One of his most important initiatives was the convening of the Second Clergy Assembly in August 1922 in New York. The Charter of the Archdiocese was approved by the Holy and Sacred Synod of the Ecumenical Patriarchate the same year. The pastorate of Archbishop Alexander coincided with a particularly critical period in the history of the Greek community, which was plagued by political and ecclesiastical divisions. He himself, a close associate of Meletios Metaxakis and a close friend to the Venizelist faction, created animosity in pro-royalist circles of the Greek community, which ultimately led to his resignation in 1930. In the same year he was elected Metropolitan of Kerkyra, succeeding Archbishop Athenagoras who had, in the meantime, been elected Archbishop of America. He remained in the Sacred Metropolis of Kerkyra until his death in 1942.