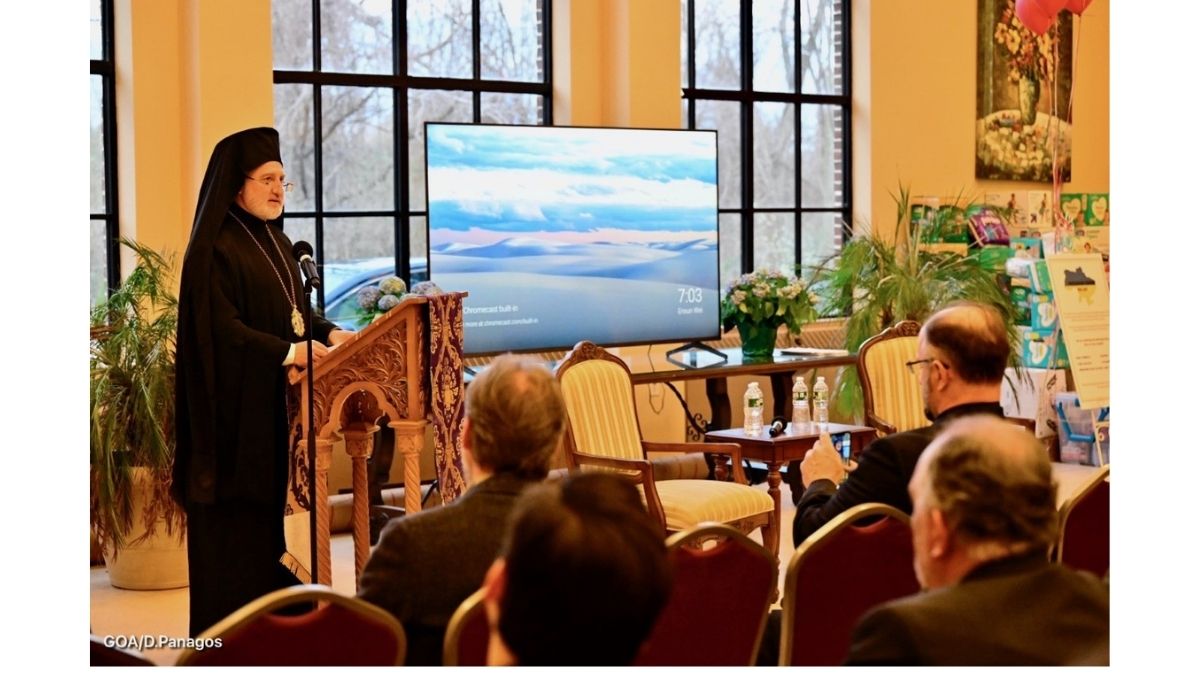 Understanding the Role of the Moscow Patriarchate

in the Russian Invasion of Ukraine

This evening’s content: Understanding the Role of the Moscow Patriarchate in the Russian Invasion of Ukraine, is a sorrowful and, indeed, painful subject for us all.

This unjust, fratricidal war must not be laid at the feet of our Russian Sisters and Brothers, who are being deceived and victimized by their leaders – both civil and religious. Even the poor Russian soldiers being sent as cannon fodder into Ukraine deserve our sympathy and our prayers. But for those committing atrocities, there will be justice – in this life or the next.

The images coming out of Bucha fill our hearts with much pain and righteous outrage. And as we contemplate the loss of innocent life – especially of children – I ask this one thing: please join me in a moment of silent prayer to our Lord Jesus Christ on behalf of all those who are suffering.

Thank you, and thank you for standing in solidarity with the People of Ukraine. Thank you for extending mercy and compassion to all victims of this barbarity, especially for those who are suffering most directly in Ukraine as they defend their homeland. They have seen their fellow citizens – innocent, non-combatants – brutally and mercilessly slaughtered by the invaders.

But it is too easy just to condemn those in Russia. We must also extend our compassion to those who are standing up and speaking out against this immoral and senseless conflict; to those mourning the deaths of their sons, who were sent to die for the vanity and madness of others; and to the ordinary people, who are suffering from sanctions that their rulers – political and ecclesiastical alike – avoid without harm. Thank you as well for standing with all those who are defending the truth against the onslaught of lies being perpetrated to justify this unjustifiable war – with deceit being sown even here in the United States.

When we think of the “role” of the Moscow Patriarchate in this conflict, the first thing we must marvel at is the question itself. Should it not be clear that the Church – by its very nature – is opposed to such a fabricated conflict? We should all certainly hope so! But what is more insidious, is the fact that the attackers themselves are the Christian brothers and sisters of the very ones they are being sent to kill and destroy!

It calls to mind what Abraham Lincoln said during America’s bloody Civil War, just a few weeks before it ended:

“Both read the same Bible and pray to the same God,

and each invokes His aid against the other.”[*]

This invasion is of one sovereign Nation by another. But make no mistake; it is causing a needless, religious civil war.

In this respect, responsibility for condoning such unrighteousness rests squarely on the leadership of the Russian Church and clearly on Patriarch Kirill.

We all remember what the members of the Sanhedrin cried out, as the unjust Pilate sat in judgment against our Lord Jesus Christ:

From the words and actions of Patriarch Kirill, we can conclude he has made the same bargain with Putin and his cronies. This is, indeed, a sad moment for our Church, and the whole world is watching.

And these actions are in stark contrast to the Moscow Patriarchate’s own Metropolitan of Kyiv, His Eminence Onuphry, who has stood with his flock despite the silence of his brother bishops across the border. One can only hope that the Ukrainian Orthodox – who are divided between the Autocephalous Orthodox Church of Ukraine, under His Beatitude Metropolitan Epiphanios, and the Ukrainian Orthodox Church of the Moscow Patriarchate – will find a bridge of fraternity and solidarity to come together as Orthodox Christian brethren, so as to sustain their fellow Ukrainians.

In the meantime, even as we learn from tonight’s dialogue, let us take to heart the words of His All-Holiness Ecumenical Patriarch Bartholomew.

Just a few days ago, among Ukrainian refugees in Poland, our Patriarch taught us all how we must approach those who lives are being ruined – Ukrainians and Russians alike – by this unconscionable war:

[C]ontinue to remember that – but for the grace of God – anyone of us could be in their vulnerable position;

Then your hearts will melt.

Their fears will become your fears,

their pain will penetrate your own body,

their hopes will become your hopes,

and this entire crisis will be the standard by which your identity and love are measured and judged.

Let us pray to the Lord. Lord have mercy. 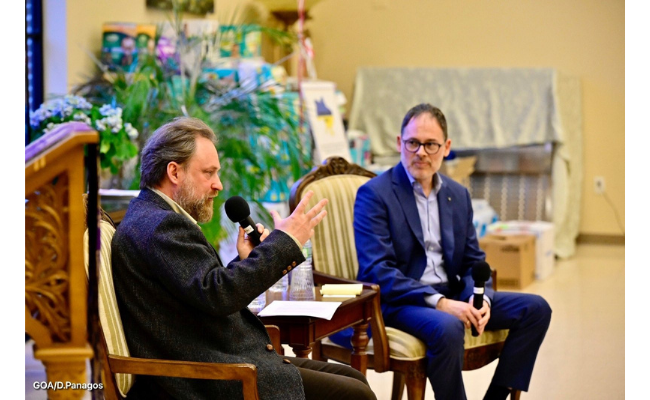 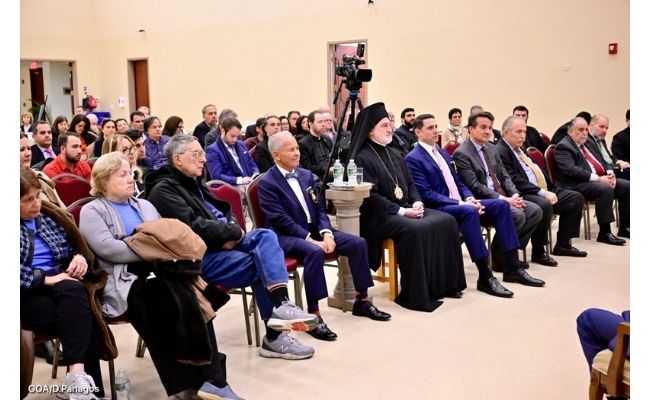