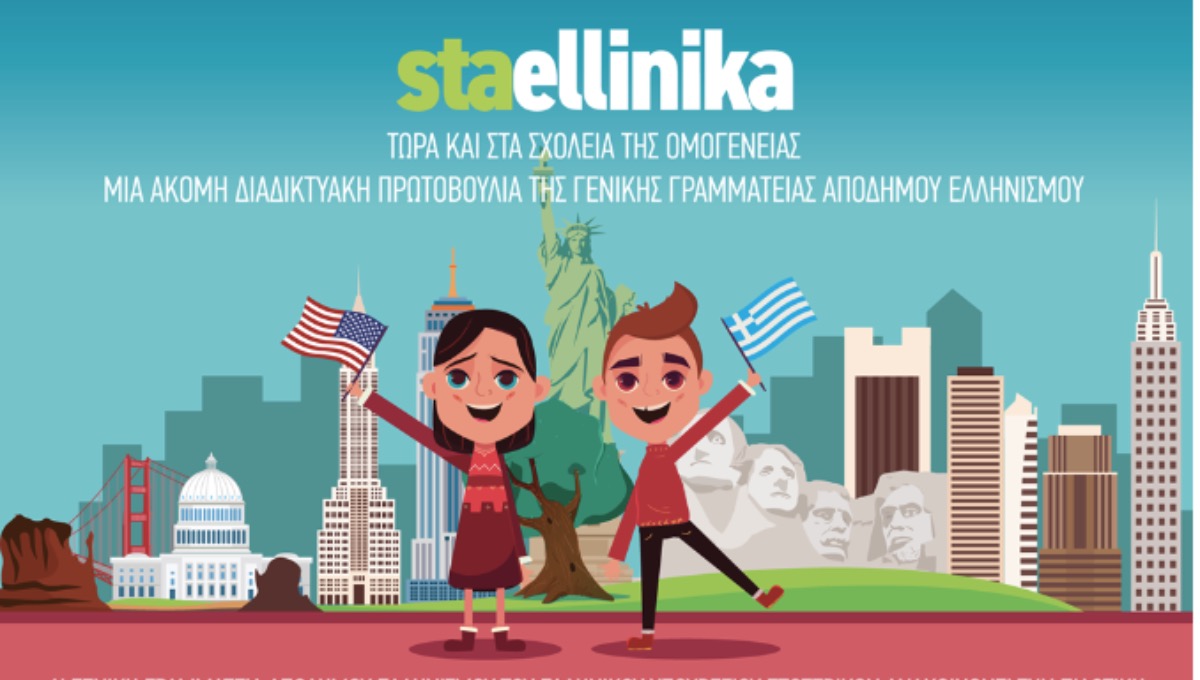 The final version of the Greek language-learning platform "StaEllinika" was presented on Tuesday by the Secretary General for Public Diplomacy & Greeks Abroad of the Ministry of Foreign Affairs, Ioannis Chrysoulakis.

The platform was first launched as a beta version in April 2020 at schools in California, Pennsylvania, New York and New Jersey under the supervision of Dr Anastasios Koularmanis, director of the Greek Orthodox Archdiocese of America's Department of Education.

The program was conceived and supported by the Secretariat General for Public Diplomacy & Greeks Abroad of the Ministry of Foreign Affairs and the Stavros Niarchos Foundation Centre for Hellenic Studies at Simon Fraser University (SFU), Vancouver, Canada.

This digital tool for learning and teaching the Greek language, mythology and elements of Greek culture in the Greek Diaspora has gained some 13,000 subscribers from 110 different countries over the last few months.

The educational application was developed by a team of young people based in Greece, and provides additional teaching resources and support to teachers who work exclusively in an online environment, in line with new protocols introduced after the Covid-19 pandemic broke out.

Deputy Minister of Foreign Affairs Costas Vlasis said that due to the special conditions caused by the coronavirus pandemic, "the fact that children and young people of the Greek Diaspora have the opportunity to travel for free from their home computer, mobile phone or their tablet to the wonderful world of the Greek language, Greek mythology and culture is even more valuable."

The Director of the SNF Centre for Hellenic Studies at SFU, Dr. Dimitris Krallis, noted that “with the Foundation’s assistance we were able to bring together Canadian and Greek expertise in ways that bridged continents and constituted a team. ... We are proud to be able to serve Greek communities around the world, both in conditions of social distancing, but also in what should be a brighter and more optimistic era to follow."

The platform can be accessed on mobile devices and relies on principles of microlearning and gamification for the facilitation of the Greek language web-teaching at schools, other educational foundations or at home. Users are exposed to video game features such as scores, points, skills and rewards to promote the desire for continued learning.