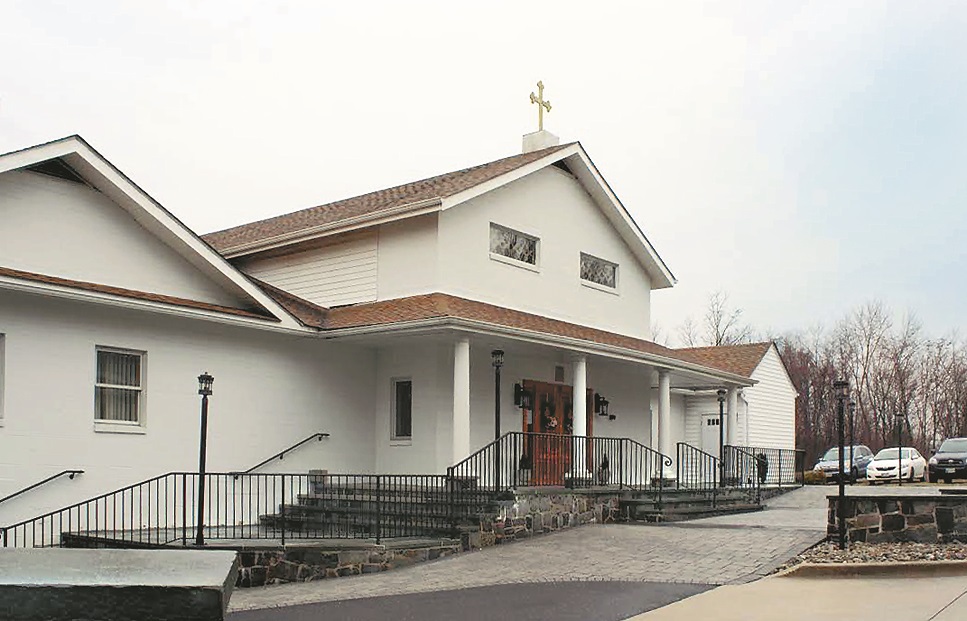 LANHAM, MD. – St. Theodore Church is one of several suburban Maryland and Virginia parishes that encircle Washington; kind of like having a ringside seat in the Roman coliseum to view the gladiatorial games; only these take place within the District of Columbia arena.

As might be expected for a community located just outside DC, many local residents work in the federal government, including “quite a few parishioners,” noted Fr. Burdusi, grew up in Baltimore’s St. Nicholas community.

The priest said that the various federal agencies where several work include National Security Agency (NSA), and the Goddard Space Flight Center, NASA’s first space flight center and space research laboratory located in nearby Greenbelt, Md., or in high-tech industries. There also are a few restaurateurs.

Lanham is an unincorporated community and census-designated place in Prince George’s County, with about 10,200 people within a 3.6-mile area.

The parish is of fairly recent origin and has been at its location about 25 years, closer to the nation’s capital than from where it originated in southern Maryland.

Most parishioners are American-born, with some Greek immigrants, mainly from the islands of Chios and Kalymnos. Others are from the mainland.

Fr. Bardusi describes his parish as “a good, hard-working community’ It’s a middle class kind of church with people who work hard. There are no affluentfamilies.”

The parish is still in its growing stage, Fr. Burdusi noted, although 20 percent of the members are retirees. There are about 30 young adults and about 20 children ages 5 to 15. Three are of GOYA age.

Sunday school has 10 children and there are two teachers; one for elementary school age kids and the other for junior high and high school students.

St. Theodore Church has a very active Philoptochos chapter of about 25 members.

English and Greek are used equally in church services and there is a Greek chanter and an a cappella Byzantine choir.

The parish started out as The Greek Orthodox Church of Southern Maryland in Brandywine, a small unincorporated community of nearly 7,000 people about 35 miles to the south.

According to a parish history, between 1969 and 1971, a small group of Greek Orthodox families in southern Prince Georges County established a Greek school for their children.

They met on Saturday mornings in a Catholic church at a nearby community. The core group of parents began a campaign to determine if there was enough interest in the area to form a church and made plans to raise money.

Members purchased a former Protestant church on an 11-acre site, which they converted into a Greek Orthodox church. A part-time priest, Fr. Paul Economides, was assigned to hold Sunday Divine Liturgy services there.

The first couple to be married in the parish was Dorothy and Russell Bigelow. John Penner was the first person baptized there.

In the interim years between the establishment of the parish and the arrival of Fr. Burdusi in 2014, 11 priests served the parish; many of whom were part-time.

By 1990, parishioners decided to move to a location closer to Washington since few Greek Orthodox families lived in southern Maryland.

Dedicated members literally began building their church from the ground up. It was an extension of the house that was already located on the property.

Two parcels of land were donated by parishioner and grand benefactor of all area churches Nick Pantazes.

During the construction period, services took place in rented space at a nearby shopping center, at a Marriott hotel and another local church.

Because of unusual zoning restrictions that prohibited the construction on the land which the building occupied, parishioners extended it. It has two levels: ground level served as the church until the upper part was completed.

The lower level serves as the community center. The community built its church for about a third of the cost a commercial contractor would have charged.

“Our hopes and dreams are to someday build a Byzantine-style church next to the existing building,” said Fr. Burdusi, “but we have not been able to due to our financial situation.”

The steel used in the new building’s construction was donated by Savvas Savopoulos, the late CEO and president of American Iron Works who, on May 14, 2015, was murdered along with his wife, son and housekeeper in their Northwest Washington home.

Fr. Burdusi was assigned to St. Theodore after first serving for 18 years at his home parish of St. Nicholas-Baltimore; then seven years at a mission parish, Sts. Mary Magdalene and Markella in Bellaire, Md.

Since arriving in the community, the priest has concentrated efforts on developing the stewardship program, the main source of revenue.

In a year and a half, membership has doubled.

St. Theodore also derives income from two Greek festivals a year, in spring and fall, and hall rental to outside groups.

Last year Fr. Burdusi had a unique opportunity for outreach to the greater Lanham community.

A community of Turkish Muslims completed a center modeled after St. Sophia in Istanbul and invited members of the Lanham community, including Fr. Burdusi, to attend the grand opening. The center is less than a mile from St. Theodore’s.

It was also an opportunity for him to promote the Greek festival.