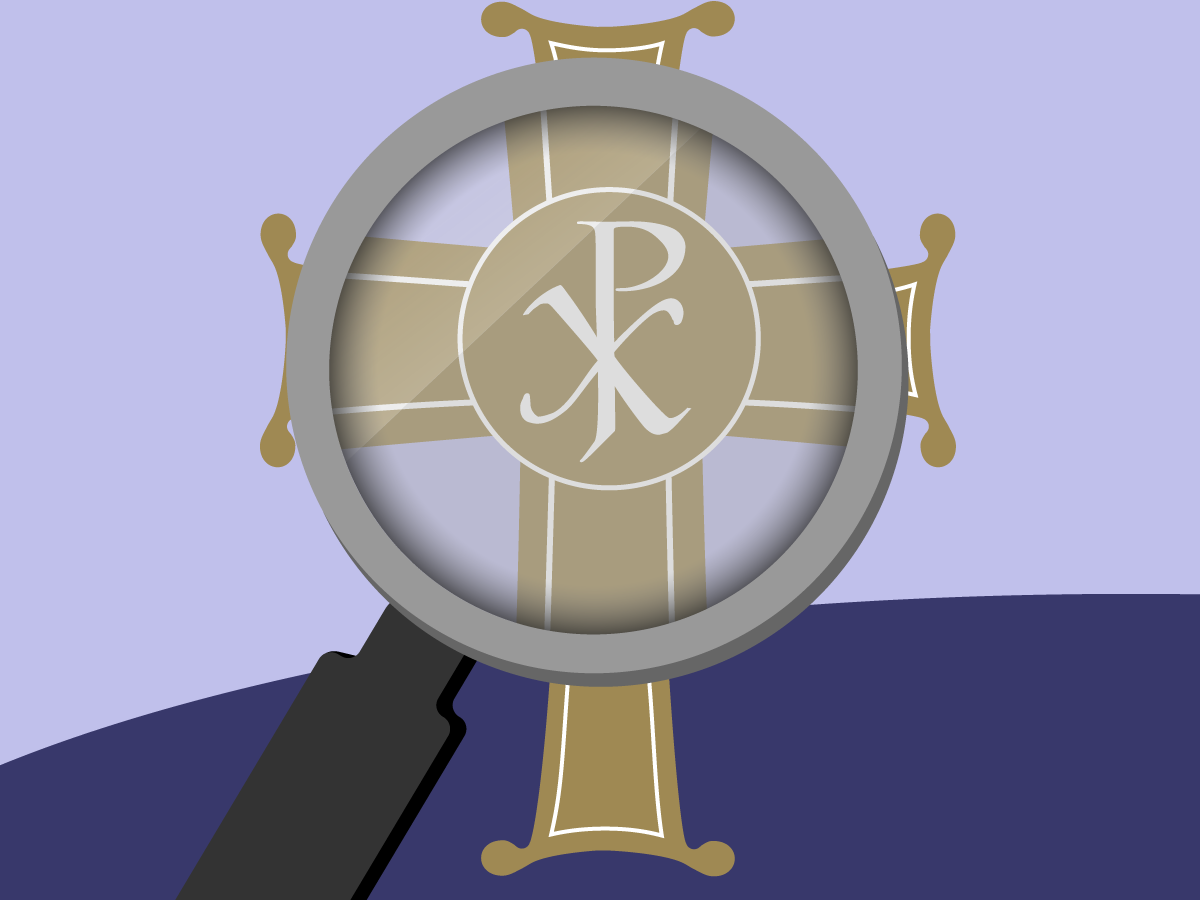 Speaking in Tongues, "Glossolalia," a popular practice with many Churches today, is a phenomenon which can be traced to the days of the Apostles. A decade ago, Speaking in Tongues was encountered only in Pentecostal Churches, Revival Meetings, Quaker gatherings and some Methodist groups. Today, Glossolalia is also found in some Roman Catholic and Protestant Churches.

The Greek Orthodox Church does not preclude the use of Glossolalia, but regards it as one of the minor gifts of the Holy Spirit. If Glossolalia has fallen out of use it is because it served its purpose in New Testament times and is no longer necessary. However, even when used, it is a private and personal gift, a lower form of prayer. The Orthodox Church differs with those Pentecostal and Charismatic groups which regard Glossolalia as a pre requisite to being a Christian and to having received the Holy Spirit.

There are two forms of Glossolalia:

Specifically, Corinthian Glossolalia was an activity of the Holy Spirit coming upon a person and compelling him to external expressions directed to God, but not understood by others. In Pentecost Glossolalia, while speaking in several different tongues, both the speaker and the listener understood what was uttered. The Glossolalia manifested in Corinth was the utterance of words, phrases, sentences, etc., intelligible to God but not to the person uttering them. What was uttered needed to be interpreted by another who had the gift of interpretation.

When the person spoke, his soul became passive and his understanding became inactive. He was in a state of ecstasy. While the words or sounds were prayer and praise, they were not clear in meaning and gave the impression of something mysterious. The phenomenon included sighs, groanings, shoutings, cries and utterances of disconnected speech, sometimes jubilant and some times ecstatic. There is no question-the Church of Corinth had Glossolalia; St. Paul attests to that and makes mention of it. But he also cautions the Corinthian Christians about excessive use; especially to the exclusion of the other more important gifts.

In other words, the soul was supposed to leave the body, hence the word ecstasy (ek stasis). They believed that while the being was absent from the body, the soul was united with the deity. At such times, the ecstatic person had no consciousness of his own.

The Corinthians of Paul's time were living under the influence of Dionysiac religious customs. It was natural that they would find certain similarities more familiar and appealing. Thus the Corinthians began to put more stress on certain gifts like glossolalia. No doubt the Apostle was concerned that their ties and memories of the old life should be reason enough to regulate the employment of Glossolalia. In chapter 14, he says:

Apostolic times were a unique period, rich with extraordinary and supernatural phenomena, for the history of mankind. The Lord God set out to make new creations through the saving grace of His Son, and implemented into perfection through the Holy Spirit. The Holy Spirit endowed men and women with many gifts in order to bring this about. One of its gifts during New Testament times was Glossolalia. But even from New Testament times, it would seem Glossolalia began to phase out. St. Paul, it seems, indicates later in chapter 14 that Glossolalia should be minimized and understood preaching, maximized. Justin Martyr, a prolific mid-century writer lists several kinds of gifts but does not mention Glossolalia. Chrysostom wrote numerous homilies on Books of the New Testament during the fourth century but does not appear to make mention of Glossolalia as noted in First Corinthians.

Many Christian writers, certainly the mystics, wrote about states of ecstasy during praise and worship, of seeing visions of God's heavenly kingdom, of what they perceived eternal life with Christ to be, of how the Holy Spirit spoke to them and through them, to others. But theirs was always understood, intelligible, comprehensible communication. Perhaps they could not describe in earthly and material frames of reference, what they saw and experienced, but they were conscious and fully aware of what was happening. They were not in some state of senselessness. Even the monks on Mount Athos who experience divine communication and have reached a plateau of holiness, do not speak in tongues. They speak in words that are intelligible and utter clear words in hymn and praise of God and His truth.

What then is the Orthodox Christian perspective on Glossolalia? The Orthodox Christian viewpoint on Glossolalia is based on St. Paul's words in chapter 14 of the same Epistle, "I thank God that I speak in strange tongues much more than any of you. But in Church worship I would rather speak five words that can be understood, in order to teach others, than speak thousands of words in strange tongues." (verses 18-19) In chapter 13 St. Paul says, "Set your hearts, then, on the more important gifts. Best of all, however, is the following way." Then St. Paul proceeds and shares with his readership the greatest gift of all - Love!

The Orthodox Church does not rule out Glossolalia. She simply does not regard it as one of the important ones. Better to "speak five words that can be understood ... than speak thousands of words in strange tongues." This is the Orthodox Christian viewpoint.