The Floor family name has long been synonymous with music—literally, as “Floor” is a condensed version of the name “Flogeras,” which means “flute” in Greek. Rev. Fr. Gregory Floor’s grandfather, Bill, was a clarinetist; the first in his family born in the United States, he fell in love with jazz. His father Jerry plays clarinet and saxophone and founded the annual Salt Lake City International Jazz Festival; his sister Emilee is a pianist. 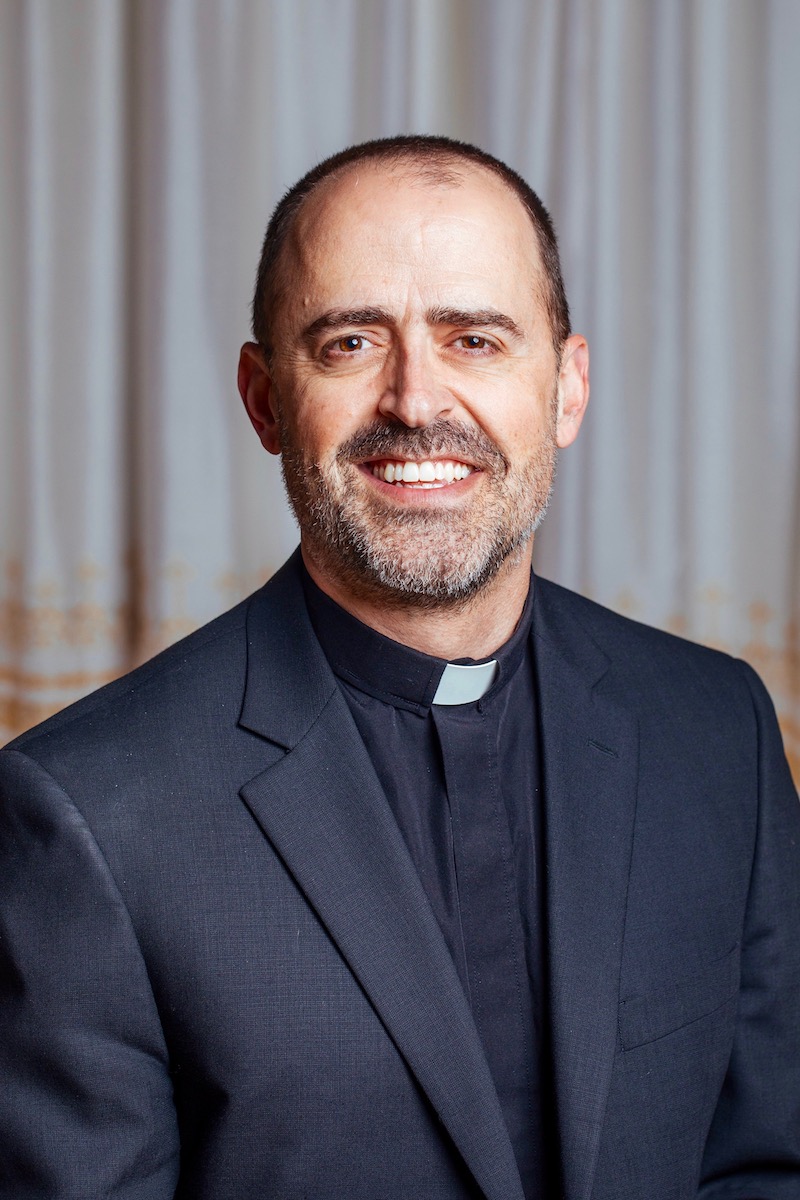 Fr. Gregory’s primary instruments are clarinet, saxophone and (fittingly) the flute, and for the better part of the past three decades he’s performed with such world-famous artists as Kenny Rogers, Michael Bolton and Ray Charles. Passionate for both his music and his Orthodox faith, after college Fr. Gregory enrolled simultaneously at New England Conservatory and Holy Cross Greek Orthodox School of Theology. In 2002 he graduated from the Conservatory with his master of music, and the following year he began playing with the Boston Pops and met his future wife. In 2005, they married, and Fr. Gregory completed his master of divinity. Still an active musician, today he is a priest in the Greek Orthodox Church and director of admissions for HCHC. Read on for Fr. Gregory’s description of the interplay between his faith and his music.

​Listen to Fr. Gregory's commentary on three songs from his new album at the end of this article.

The thing that I love that’s different about jazz is that everybody’s improvising all of the time. We are in unity with our own contribution, so I find it almost ultra-Orthodox, in a sense, because there’s not a dictating score. The only thing that we have agreed on is content of the discussion, that is, the core changes of the song. Jazz, I think, celebrates the individual’s voice. You know, I don’t care what you sound like; if you’re good, you’re good. That’s it. And so I think it encourages individuality but within the context of the group, and I think you could make the parallel to our Faith, that unity in diversity. We are united in Christ but your voice has a place.

A Christian in the Music World

In the music realm, it’s pretty taboo to bring up any religion, but especially Christianity. The typical artist’s life and the Orthodox Christian’s life are at odds, yet troublingly, I guess, [the artists and musicians] are some of the greatest human beings I’ve ever met. And it creates a difficulty because the beauty of the artist, the great artists, is that they are completely honest and exposed. That’s what art is. It’s saying, “Here I am, walk all over me, this is it.” Christianity, rather than saying, “Here’s my fallen self, take it or leave it,” we’re saying, “I don’t accept my fallen self, I don’t accept that as my true self. I know that there is a glorious self in Christ.” That became difficult for me to try to understand: How am I an artist and an Orthodox Christian? What does that look like? And is it possible? It’s not real black and white. It’s not necessarily like there’s a bunch of people you go talk to [and ask], “So how did you do it?” In some ways, it’s kind of just trying to figure it out and hope you’re doing good things. 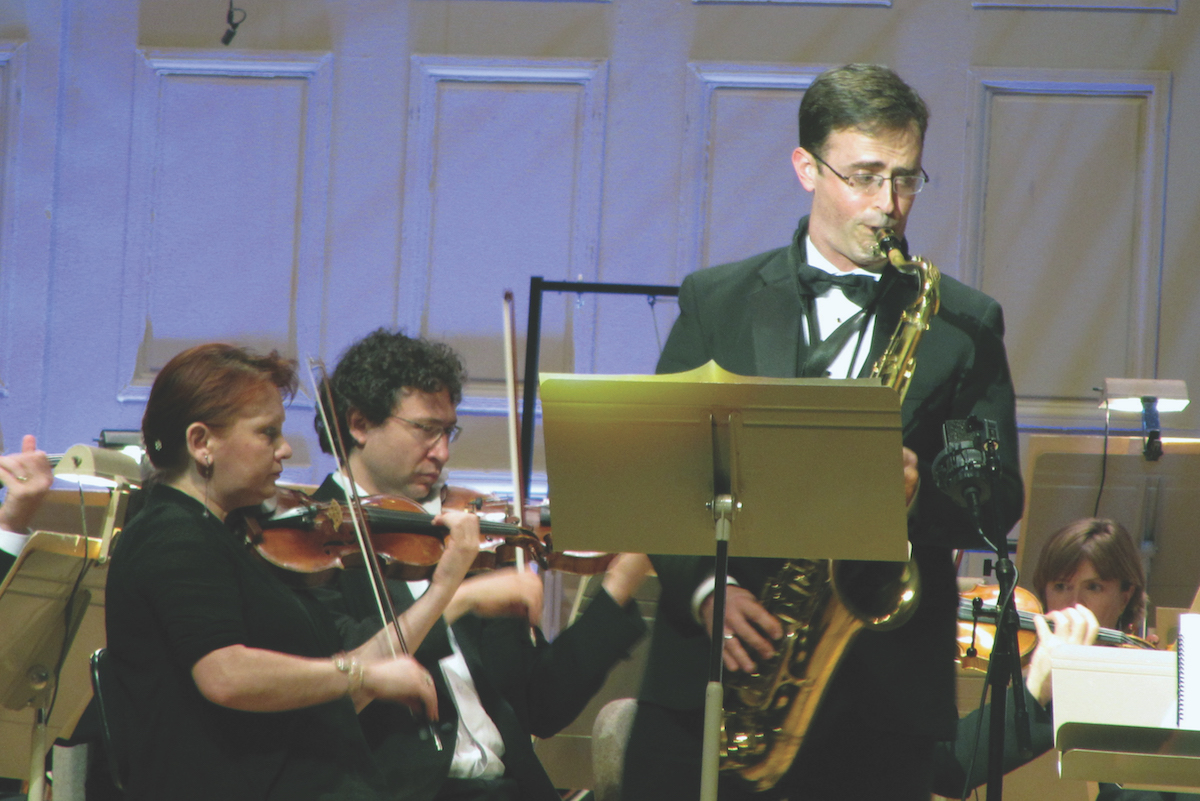 I’ve got to find that genuine Greg that can be consistent, because if you’re lying or you’re pretending, then it catches up to you eventually. So it’s been a real journey on both sides, on the priesthood side and on the music side, trying to find your genuine voice as a musician: What does Greg sound like on the saxophone? What’s my voice? And then, what’s my Christianity? What does kindness and virtue look like from Greg? And I think it’s all very similar, and I think that’s part of the whole journey, just trying to know thyself and to understand what the saints have provided as a witness to piety, and then, how do I adopt that and bring it on without being fake to myself?

I never could find the ‘St. Paul lightning bolt’ to the priesthood. My journey to the priesthood was the whisper of this intentionality with the Faith. With what I’m doing now, I’m pointing to Him—or trying to—with, hopefully, the way I’m living and the words I use on Sundays. I [think of ] flowers: there’s so many varieties, and they’re so amazing, and yet they all glorify God. We’ve got to find that ability to be a beautiful flower, but it’s got to be the one God meant us to be. I think that’s just the struggle and the journey it’s been, with the art and with the Faith, and hopefully they start to culminate.

Last year, Fr. Gregory released The Shoemaker’s Children, a new album from The Floor Ensemble: Fr. Gregory, his father, his sister Emilee and their musician friends from the decades, including clarinetist Eddie Daniels and Ellis Hall, a protégé of Ray Charles. Even Fr. Gregory’s children, Sophia and Luke, made their vocalist debut in “Yiayia’s Song,” composed by Fr. Gregory in remembrance of his grandmother and incorporating a melody she sang when he was a child. Having composed or arranged every song on the album, it’s Fr. Gregory’s greatest work so far, and he says, “It really combines the two parts of my life.”

Ironically (or inevitably), it was his ordination process that inspired the project. During his pre-ordination psychological evaluation he was asked many questions about his parents, and he was struck by the fact that although he’d grown up in a musical family, living in a house with a recording studio in the basement, they had never recorded anything together—hence the CD’s title, The Shoemaker’s Children “have no shoes,” as the saying goes.

“I called my dad and my sister and I said, this is what’s happening: I’m going to book dates, and we’ll all meet in Salt Lake City, and we’ll record music. And we did it. [In] this project, and others, as far as the art goes, I’m able to produce something that’s genuine but drawing from everything that is me.” The artist can ask for nothing more.

The Shoemaker's Children is available on iTunes, CD Baby, Amazon and Google Play.