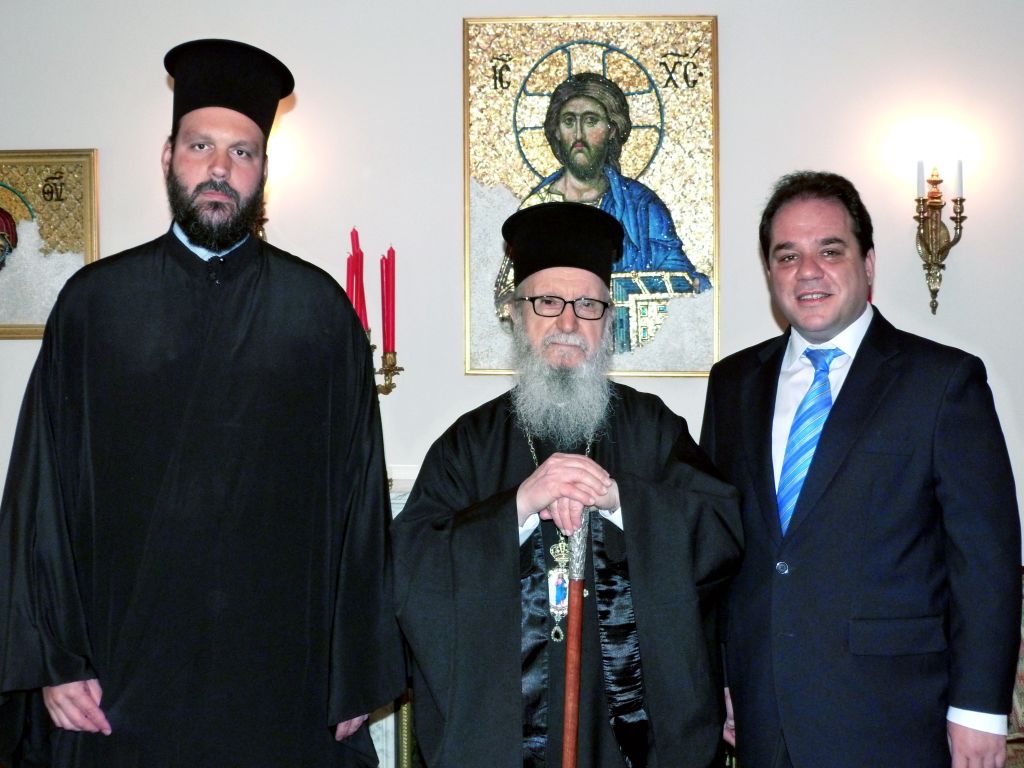 NEW YORK – His Eminence Archbishop Demetrios of America received July 23, two officials of the philanthropic organization of the Archdiocese of Athens “Apostoli,” Bishop Gabriel of Diavleia, vice-president; and Constantine Dimtsas, director general of “Apostoli.” Other participants in the meeting were the Chancellor of the Archdiocese Bishop Andonios of Phasiane and representing the International Orthodox Christian Charities (IOCC) its Executive Director Constantine Triantafilou and his colleague Pascalis Papouras.

The meeting was an opportunity to present and discuss the philanthropic work of the Church as it provides relief to the suffering people of Greece and coordinate some aspects of the assistance offered by the Greek Orthodox Archdiocese of America, the National Philopotchos and IOCC.

Bishop Gabriel of Diavleia, who is also the chief secretary of the Holy Synod of the Church of Greece, conveyed the thanks of Archbishop Ieronymos of Athens and All Greece and the gratitude of the suffering people, for the support extended by their brethren in the United States in this severe economic crisis. The Director of “Apostoli” Mr. Dimtsas, presented in detail the various outreach programs of the philanthropic work of the Church, especially in the areas of supplying food and medical and pharmaceutical services to those that have the most need.

In light of the projected long duration of the crisis, Archbishop Demetrios said that efforts for assistance will continue, to the degree it is possible.

Later in the day, the two officials of “Apostoli” met with the President of the National Philoptochos, Aphrodite Skeadas and thanked her for the recent support of the Philoptochos to “Apostoli.” 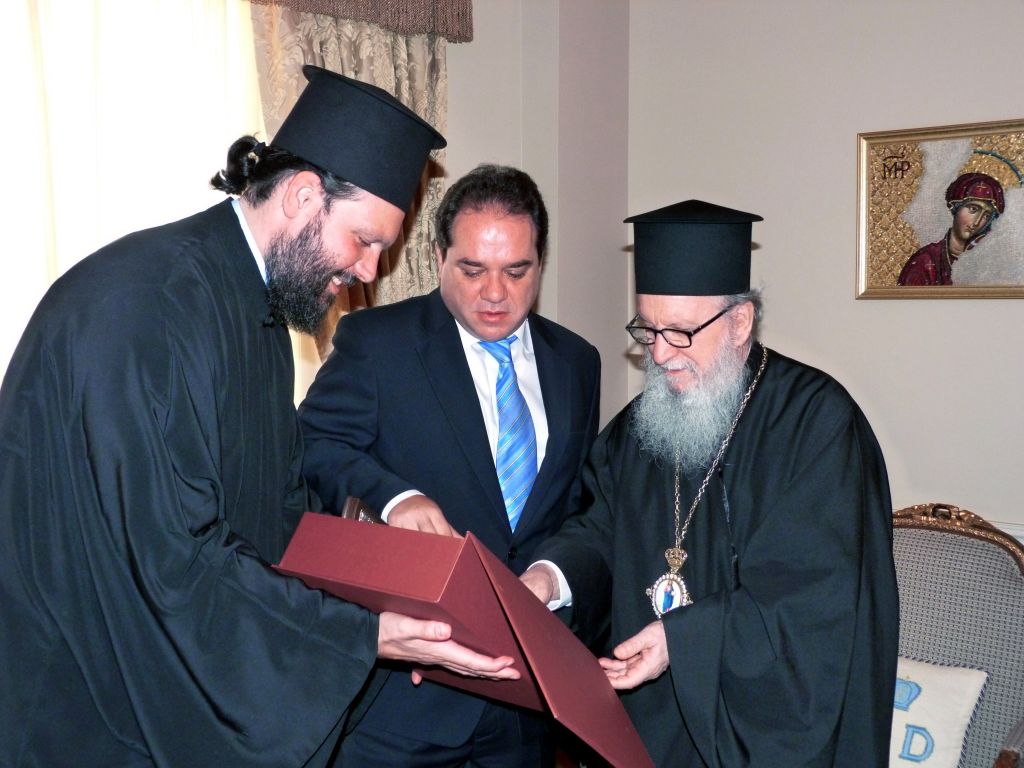 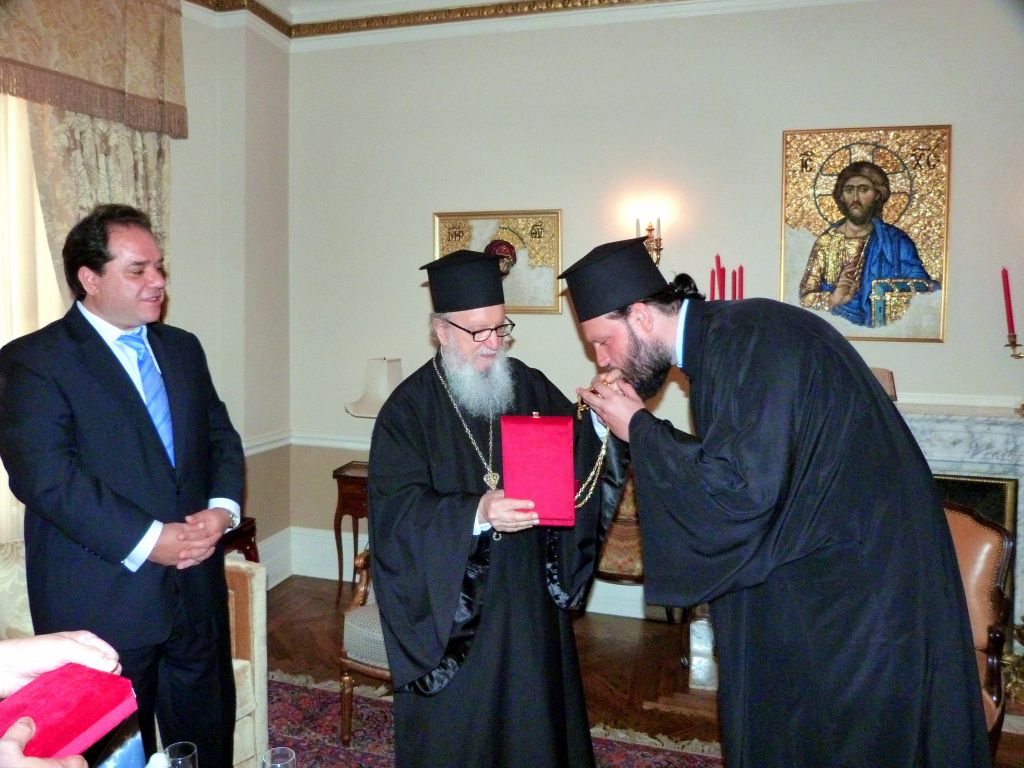 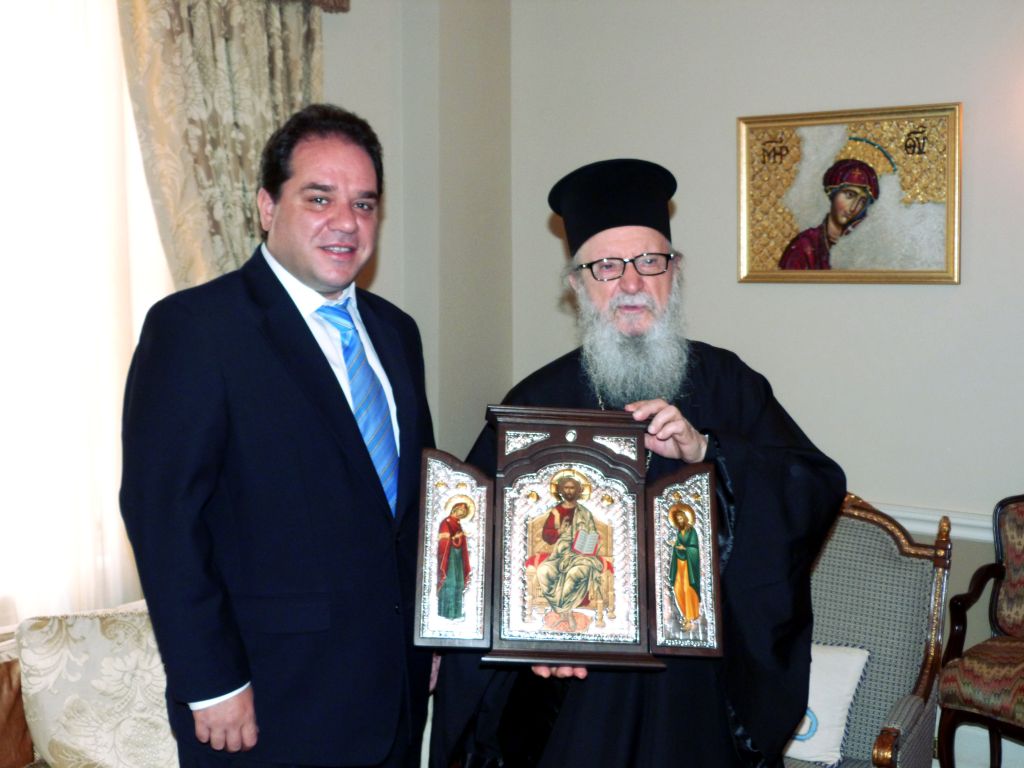