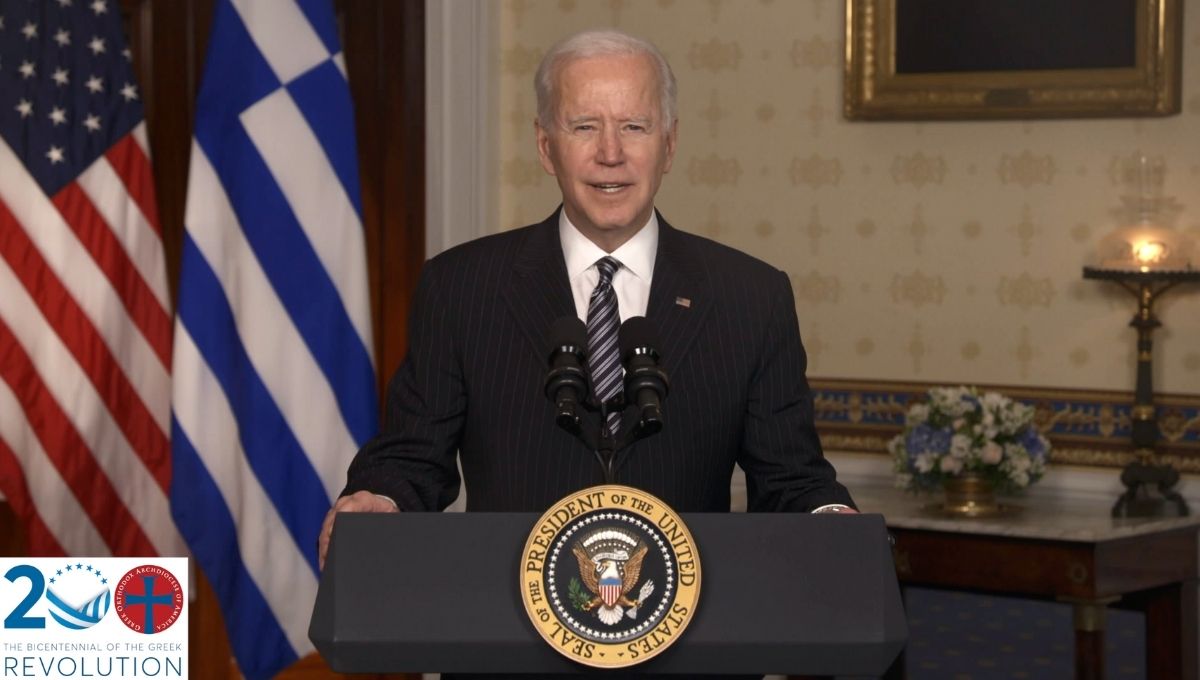 A Proclamation on Greek Independence Day: A National Day of Celebration of Greek and American Democracy, 2021

Exactly 200 years ago, inspired by the same ideals of liberty, self-governance, and passionate belief in democracy that sparked the American Revolution, the people of Greece declared their independence.  Today, the people of the United States join the Greek people in commemorating the creation of the modern Greek state — and celebrating two centuries of enduring friendship between our nations.

On Greek Independence Day, we celebrate the history and values that unite the United States of America and the Hellenic Republic.  Our Founding Fathers drew inspiration from ancient Greece’s example as they framed our Constitution and formed the world’s first modern democracy.  A few decades later, American Philhellenes championed Greece’s quest for independence, forging a close connection between our peoples that has flourished over the ensuing years.

During the course of my career, I have had the privilege to work closely with many Greek Prime Ministers.  I have been blessed by lifelong friendships in the Greek-American community, including with a great leader whom we recently lost, Senator Paul Sarbanes.  From a young age, I have admired the courage, decency, and honor that defines the Greek community — the unwillingness to bend or bow in the face of injustice, or to accept abuses of power.

Today, Greece is a crucial NATO ally and friend of the United States, and a leader for peace and prosperity in the Eastern Mediterranean, Black Sea, and Western Balkans regions.  The United States welcomes Greece’s commitment to hosting the United States Naval Support Activity at Souda Bay, Crete, and United States rotational forces elsewhere in Greece.  Through our ongoing Strategic Dialogue, we have advanced our relationship in nearly every respect.  We have accelerated progress on making the region a safer place, and we have increased trade and investment that brings jobs and prosperity to the people of our nations and to the world.

Our strong and historic relationship continues to grow in depth and breadth.  We have diversified the region’s energy sources, enhanced educational and cultural exchanges, partnered on counterterrorism, and reconfirmed our commitment to the rule of law.  As we honor our shared history and accomplishments, we believe the common values that have guided our societies for 200 years will help us accomplish even more together in the years to come.

This bicentennial reminds Americans and Greeks alike of the enduring strength of the principles that sparked our respective revolutions and the values that uphold our democracies.  We congratulate Hellenic-American organizations, the estimated three million Americans of Greek descent, and the Greek people on a year of commemorations and events celebrating this historic milestone in both the United States and Greece.  Together, we will continue to lift high the lamp of democracy, whatever challenges come our way.

NOW, THEREFORE, I, JOSEPH R. BIDEN JR., President of the United States of America, by virtue of the authority vested in me by the Constitution and the laws of the United States, do hereby proclaim March 25, 2021, as Greek Independence Day:  A National Day of Celebration of Greek and American Democracy, and I call upon the people of the United States to observe this day with appropriate ceremonies and activities.

IN WITNESS WHEREOF, I have hereunto set my hand this twenty-fourth day of March, in the year of our Lord two thousand twenty-one, and of the Independence of the United States of America the two hundred and forty-fifth.