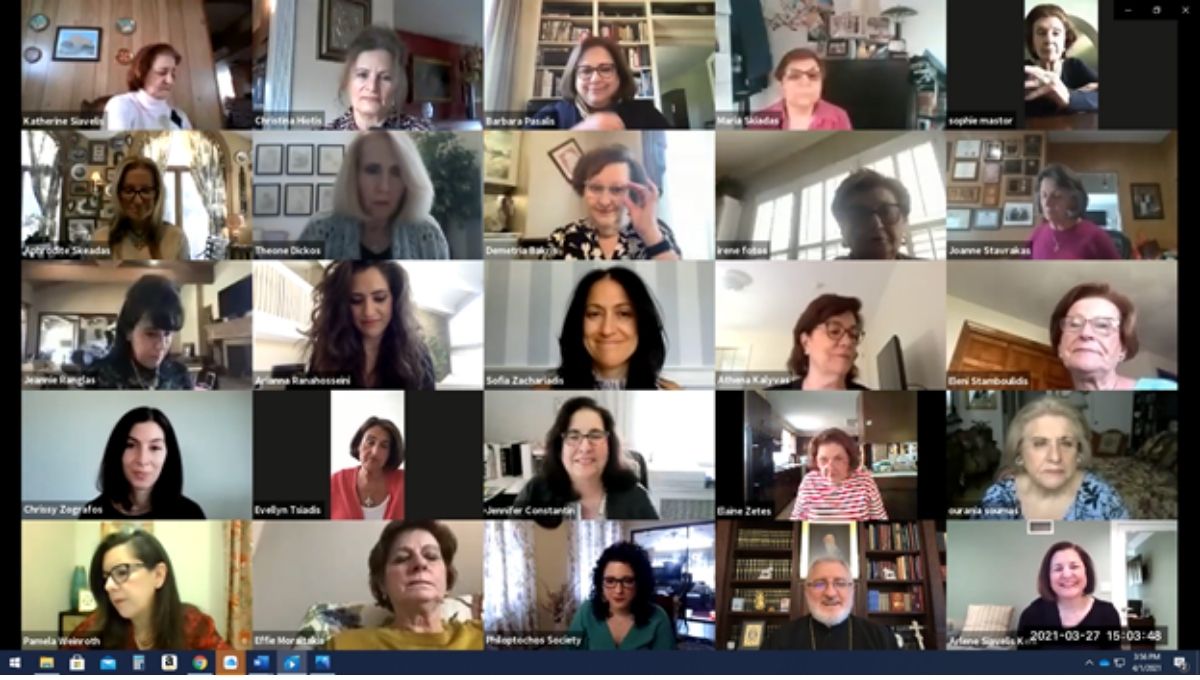 On Saturday, March 27, 2021, 107 members "Zoomed-In" for the first virtual board meeting of the new term. The meeting went – almost- flawlessly, and the turn-out spoke for itself. The enthusiasm was evident- "together but apart."

Highlights of the meeting 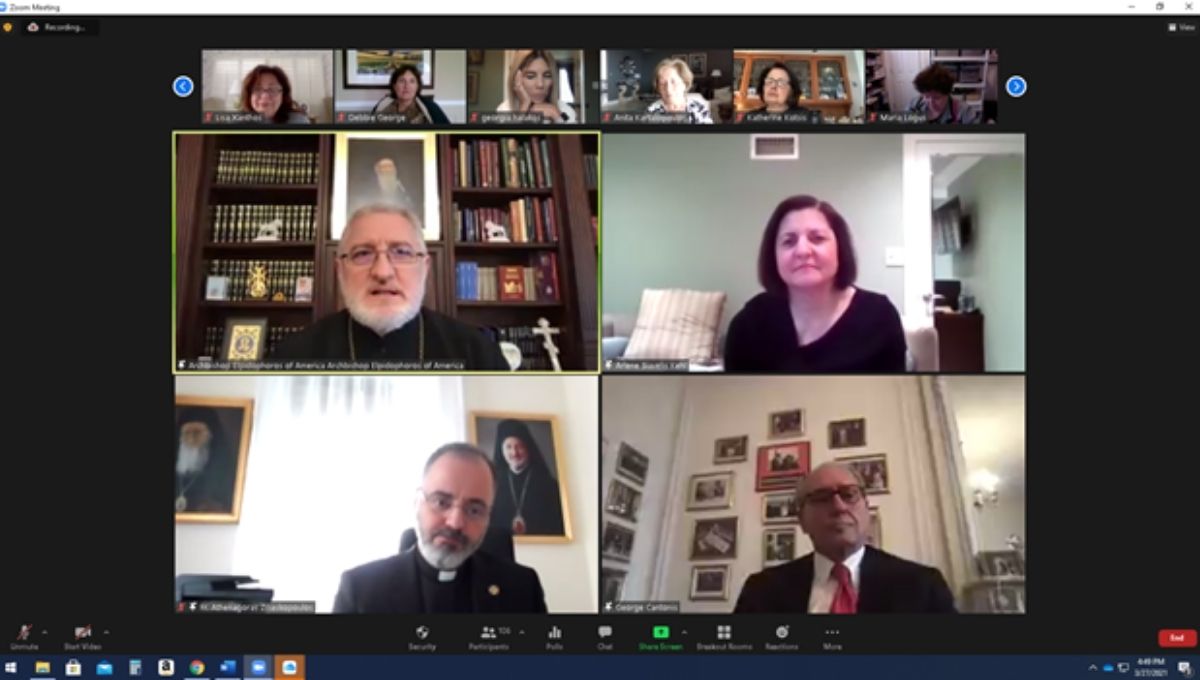 Aphrodite Skeadas, National Philoptochos Protocol Officer, Celebrating the 200th Anniversary of the Greek Revolution: Shared commentary on the revolution and a viewing of the video “Celebrating 200 Years of Friendship USA – Greece”, Geoffrey R. Pyatt, U.S. Ambassador to Greece, click here for the video.

Paulette Geanacopoulos, Director of the Department of Social Services: a report was given on an overview of the department’s services which mainly include assisting clients, of which 216 were assisted with financial grants in 2020. The department provides education and training and has conducted faith-based telephone support groups for Cancer Patients and Caregivers, as well as participating in a webinar and podcast on Domestic Violence.

His Eminence Archbishop Elpidophoros of America closed the meeting with a prayer.