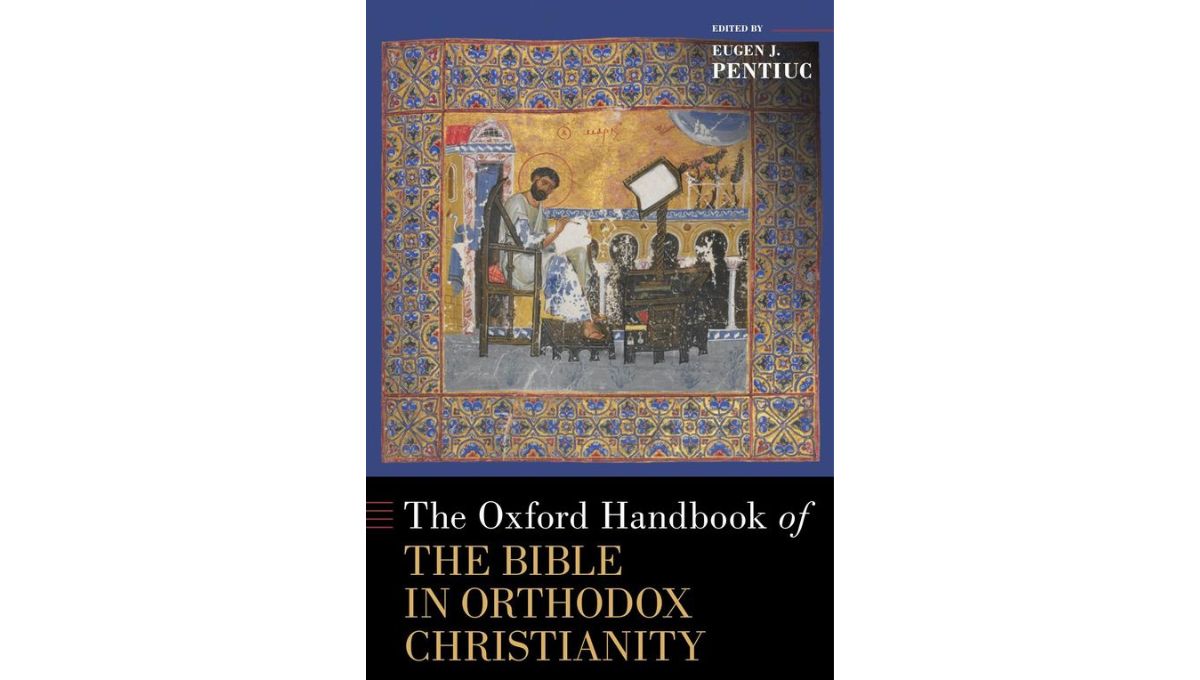 Boston— A groundbreaking new text with a foreword by His Eminence Archbishop Elpidophoros of America has been published by Rev. Dr. Eugen J. Pentiuc, the Archbishop Demetrios Professor of Biblical Studies and Christian Origins at Holy Cross Greek Orthodox School of Theology.

The new book, The Oxford Handbook of the Bible in Orthodox Christianity (Oxford University Press, 2022), offers an authoritative and up-to-date surveys of original research on a particular subject area. Specially commissioned essays from leading figures in the discipline give critical examinations of the progress and direction of debates, as well as a foundation for future research. It investigates the various ways in which Orthodox Christian, namely, Eastern (Byzantine) and Oriental communities (Syriac, Ethiopian, Coptic, and Armenian) have received, shaped, and interpreted the Christian Bible.

Fr. Pentiuc expressed his deep gratitude to the Jaharis Family Foundation, the generous donor of the chair held by Fr. Pentiuc, and chose an illumination from The Jaharis Byzantine Lectionary (Constantinople, ca.1100) to appear on the front cover of the work.

The book is now available for purchase from major booksellers worldwide.