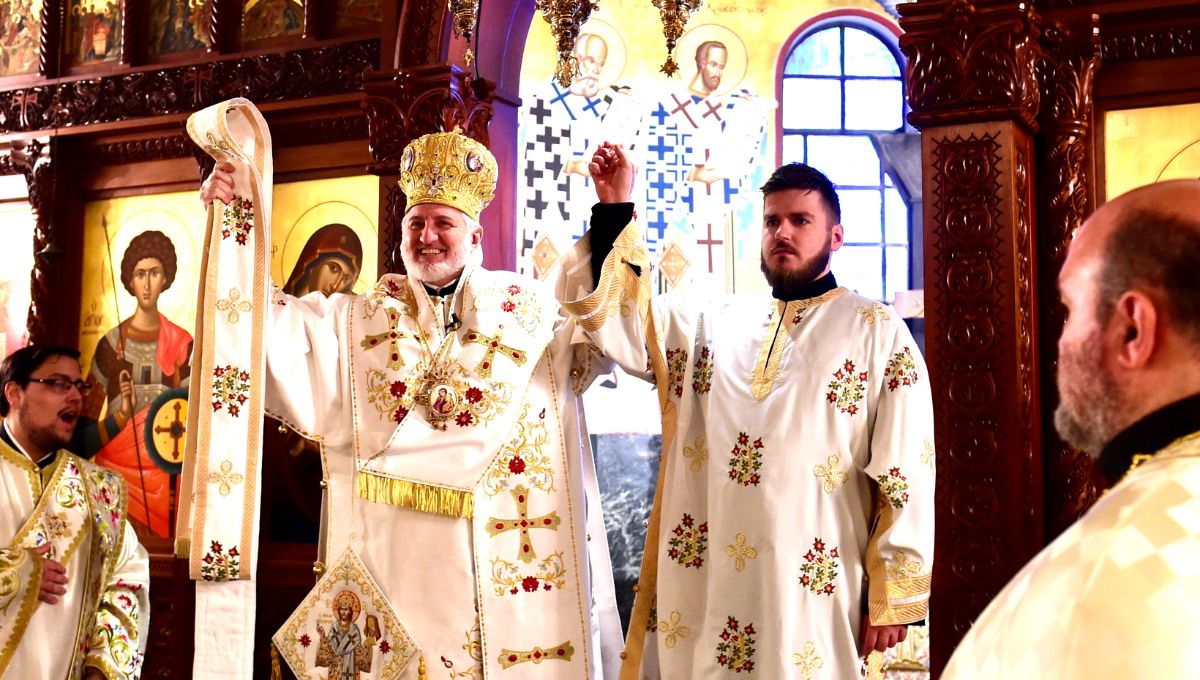 The Sunday of the Prodigal Son

Is there any better Sunday to enter into the service of the Heavenly Father, than on the Sunday of the Prodigal Son? I think not! For this one parable basically encapsulates all Four Gospels in just a mere twenty-two verses. However, you don’t have to be either the Prodigal or his Older Brother; you could be somewhere in between – for we are all sinners.

Today, though, you stand in the House of the Father, presenting yourself both as a servant and as a son. You are a servant, because like the Prodigal you know “how many of the Father’s hired servants have bread enough and to spare.…” And like the Older Brother, you understand that this liturgical sacrifice of the Holy Body and Precious Blood is endless – for the fatted Calf is always available to feed the People of God and to gladden their hearts.

Of course, the Prodigal, being desperately hungry, thinks about bread. And the Older Brother, being jealous, thinks about the Feast he didn’t have with his friends. Therefore, both of them are concentrating on what they do not have, and, in doing so, they miss the very essence of the Holy Office of Deacon that you embrace today.

Being fed and being nourished in the House of the Father – the Church – is not about obsessing in what is lacking, but in about what abounds. It is not about entitlement, but about service. And therefore, the Prodigal says:

I will arise and go to my Father, and I will say to him, “Father, I have sinned against heaven and before you;  I am no longer worthy to be called your son; treat me as one of your hired servants.”

With these words, then, the Prodigal offers his service, while the Older Brother expects a fatted calf.

Herein lies the mystery of authentic μετάνοια, as exemplified by the prodigal son. Even with all his faults and with all his reckless behavior, he does not presume. Instead, he offers a menial service, while presenting himself to the Father without any claim.

Therefore, it should be clear that you have come to fully give and to selflessly present yourself to our Heavenly Father, without any pretense or claim. And it is precisely here where the miracle of your ordination lies today, on the Sunday of the Prodigal Son.

You offer yourself to the Church to be a Deacon – the one who serves the Holy Table. And it is from this Table that we partake of a bread that does not merely fill the belly, but is in fact the Bread of Life itself, which came down from Heaven. Let your hunger, then, always be a hungering for this very bread – a desire to be filled with the transfiguring love of God. For, like the Prodigal, when one ‘comes to oneself’ and turns to God the Father, he or she then realizes their need for this Bread.

And so, as a minister of this Divine Food that nourishes the Faithful – both the worthy and the unworthy, the saintly and the sinful alike – always remember the merciful words of the Father to the Older Brother – who resented the Father for offering the Fatted Calf to his younger, prodigal brother, since he had wasted so much of his life and his family’s treasure:

“My child, you have always been with me, and everything I have is yours. But it was right that we celebrate and rejoice, for this, your brother, was dead and is alive again; he was lost and is now found.”

This is the ministry that you are now called to embrace, and  to understand that at every moment, all of God’s love, mercy, strength and power are at your disposal. Everything He has is ours, if we but only open our hearts to Him.

Your ministry is to celebrate and rejoice in the spiritual rebirth of every sister and brother through the Mysteries of the Church. As a Minister of the Gospel, you are called not to condemn others for their faults, but to bring them to the mercy of God. Let the people, then, be reborn in the love of God, for as Saint Paul reminds us: “The wages of sin is death, but the gift of God is eternal life through Jesus Christ our Lord.”

Your vocation is to be a seeker and searcher for lost souls. And your calling is to help others find themselves and ‘return to themselves’ like the Prodigal. For when we return to ourselves, to our true nature and the imprint – or icon – of God within our hearts, we are already halfway home.

Therefore, my beloved Sub-deacon Theodore, enter into the celebration and merriment of the Liturgy of the Fatted Calf, Who was sacrificed for the life of the world. Enter into the service of the Heavenly Father. Enter into the ranks of the Holy Priesthood, putting on the robes of a Deacon this day. And count yourself among those who are alive in God, and those who are found in Christ. Amen.