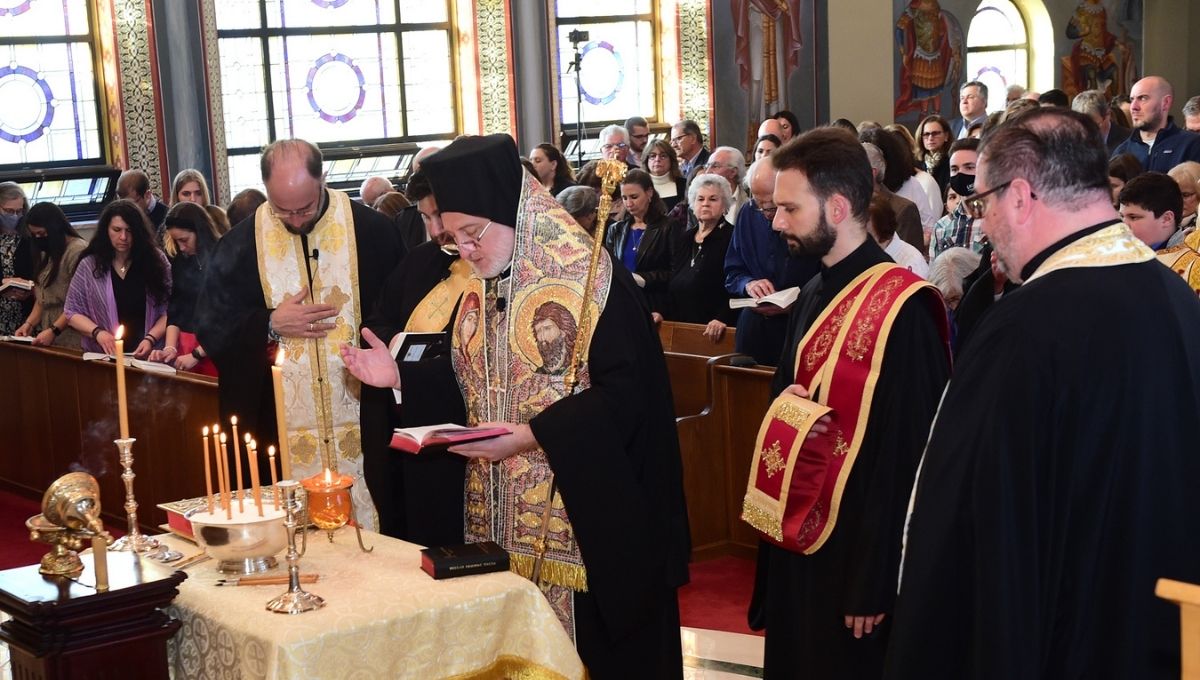 At the Service of Holy Unction on Holy and Great Wednesday

Beloved sisters and brothers in Christ,

Tonight, we come to the Lord, so as to be anointed by Him with the oil of gladness and healing, and for the forgiveness of our sins.1

Last evening, we witnessed the Lord receiving Anointing with Holy Myrrh in anticipation of His Burial. But why? Because there would be no time to anoint His Sacred Body in the Grave. For when the Sabbath was finally past, and the Myrrh-bearers returned, the Tomb was Empty.

I often marvel at the religiosity of these pious Women, who loved the Lord so much; who watched Him die on the Cross, standing a ways off.2 While the Disciples fled, the Women remained – in shock and grief, we suppose. How could it be otherwise?

They then hurried to bury the Lord, because the Sabbath began at sunset. They still had it in them to observe the very strictures of the Law of Moses, even though Saint Paul writes in his Letter to the Colossians:

He blotted out the writ of decrees that was against us, which was hostile to us; He took it out of the way, nailing it to the Cross.3

Having lived a perfect life – in complete accordance with the spirit of the Law – the Lord undid the Law. On the Cross, He wrote a new Law in His Divine Flesh like parchment and His Precious Blood like ink. This new Law is the Law of love, of grace, of mercy and compassion. It surpasses the Old Law in the way that the New Testament exceeds the Old Testament.

However, the Myrrh-bearers did not know this yet. Although their love was clearly manifest, when the Sabbath was past, and they felt free to complete their task, it was too late. The Lord had already Risen!

But their intentions were already fulfilled. We read of this last night in the final Bridegroom Service. The Lord was anointed by the Woman whom Kassiani praises and, indeed, by Mary, the sister of Lazarus and Martha.

Fully anointed, Jesus is the source of all anointing – just as He was revealed on the day of His Baptism as the Source of the Heavenly Chrism, when the Spirit descended upon Him the likeness of a dove.

So, in this Holy Week, the Lord is revealed as the Source of all Unction, all anointing of every gift of God.

We receive the Holy Oil tonight for all the needs of our bodies and souls. We receive the Oil for forgiveness, because healing and salvation are very much the same. In fact, the verb, σώζω, which is normally translated as “to save,” can also mean to “save from death,” or to heal.

The spiritual healing that comes from receiving Unction tonight is for eternity, because the body – even when sick and made well again – will one day suffer the fate of every living thing. But the soul is eternal.

That is why the healing we experience may not manifest in our flesh. But it always does so in our souls; if we will but receive it.

And so, I invite all of you to receive the healing Oil of Gladness tonight. Let your foreheads be anointed, so that your minds become wise. Let your hands be graced, so that they perform good works. And let your mouths be filled with sweet words, that utter no evil about anyone or anything.

Thus, you shall complete this Holy Week like the Myrrh-bearers, in awe and joy, as you behold the Resurrection of our Lord Jesus Christ in the Unwaning Light of His Glory. Amen. 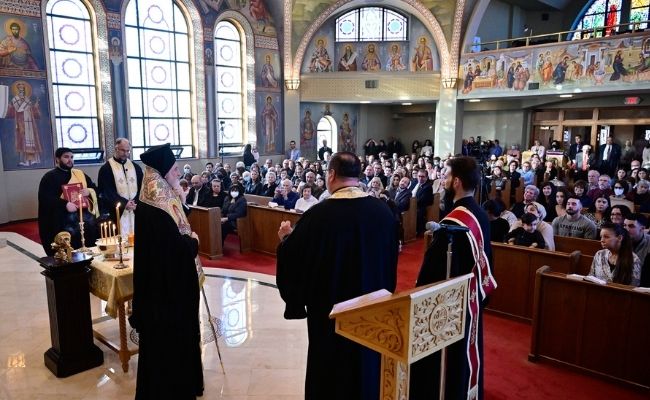