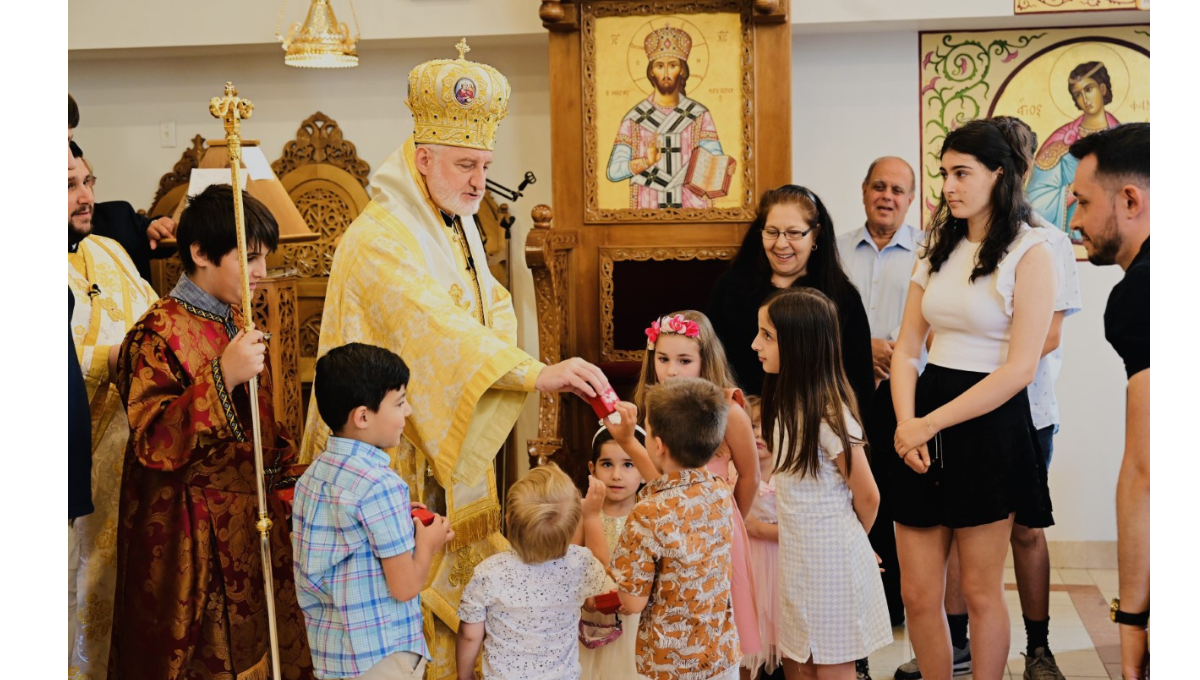 At the Divine Liturgy on the Second Sunday of Matthew

My beloved brothers and sisters in Christ,

Once again, I am delighted to be with you in the season of your Patronal Feast of Saint Peter, the Chief of the Apostles. Peter’s leadership of the Disciples, especially during the earthly ministry of our Lord, comes from his very human qualities, which we see so clearly in the Four Gospels.

However, he is not without his faults and failings. Yet, it is precisely his personal characteristics that endear him to generations of Christians, who see in him their own capacities for belief and doubt. He both walked on water in faith and sank beneath the waves in fear.

You see, there is an eagerness about Peter that reveals the inner workings of his mind – he jumps at everything. Even in today’s Gospel Reading, we hear how he immediately left his business when Jesus called to him to become a “fisher of men.” He was a fisherman by profession, with partners. But he instantly followed Jesus and left all the boats and nets on the shore. And his partners, James and John, went right along with him, too. Such was the magnetism of our Lord! And such was the invitation to be in His Divine Presence!

For every Christian, Peter demonstrates the “ups and downs” that are part of the spiritual life. He eagerly followed the Lord, but when his own life was on the line, he denied Him three times. He even confessed the Lord as the “Son of the Living God,” but still walked away from the Empty Tomb wondering what had really happened.

Saint Peter shows to all of us that the spiritual path – though made to be straight and narrow by God – is a curving, twisting road when we try to follow it. This is because we are often trying to fit God into our understanding, instead of allowing God to transform us by love and grace.

Do you remember Saint Peter on the Mount of Transfiguration, with his fishermen partners, James and John? When He beheld the Lord transfigured in glory, speaking with Moses and Elias (a truly stunning sight!), he said the following:

Rabbi, it is good that we are here; let us make three tents, one for You, one for Moses, and one for Elias.[1]

The Evangelist Mark adds the comment: “He didn’t know what he was saying.”[2] Indeed, it must have been an awkward moment. But there is our Peter, trying to make sense of the miracle before his eyes, and trying to capture it by building those little tents to hold the experience together.

This is often the way we are, too, when we are confronted by the Divine Presence and unable to understand it. That is why we build our churches the way we do – just like your Parish of Saint Peter. So that this Sacred Space can prepare us to encounter the Lord in all His glory and all His humility.

Unlike Peter’s first instinct to build those tents to encompass the Divine Glory, we build our churches to reflect the magnificence of God. We don’t try to comprehend the One Who is beyond every human thought. As the Lord says through the mouth of the Prophet:

Instead, we join Saint Peter in his worship of the Lord of Glory, learning from his mistakes and from his deep love for Christ, which always won out in the end.

Through his intercessions may we always be deemed worthy to worship God in His Holy Churches, and especially in this Church of Saint Peter, your heavenly patron.