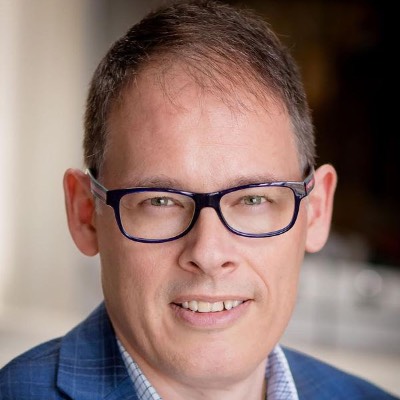 The Feast of the Three Hierarchs

His Eminence Archbishop Elpidophoros of America and the Greek Education Department of Greek Orthodox Archdiocese of America cordially invite you to a virtual celebration and cultural event, specially dedicated to the Ecumenical Teachers and Holy Fathers of Christianity and their Greek spirit.

Lecture by Prof. George Demacopoulos: “St. Gregory the Theologian, Julian the Apostate, and the Suitability of Secular  Paideia."

University of North Carolina at Chapel Hill, where he earned his Ph.D. in

Dr. Demacopoulos’ research and teaching interests are in the fields of Early Christian and Medieval Church History.  He specializes in the relationship between Orthodox and Roman Catholics during the middle ages.  He has published nine books and dozens of scholarly articles that focus on a range of topics including monasticism, the papacy, the Crusades, and the construction of modern Orthodox identity. Along with Aristotle Papanikolaou, Dr. Demacopoulos co-founded the Orthodox Christian Studies Center at Fordham University, which is the only research university-based center of Orthodox Studies in the United States.  The Center offers an interdisciplinary minor in Orthodox Christian Studies and a host of research-related initiatives that are bringing the insights of the history, thought, and culture of Orthodox Christianity into a broader academic conversation. In 2010, Dr. Demacopoulos was named an Archon of the Ecumenical Patriarchate, Didaskalos tou Genous (Teacher of the Nation), and now serves as the Historian for the Order of St. Andrew.

Click this link to join the zoom on January 30th