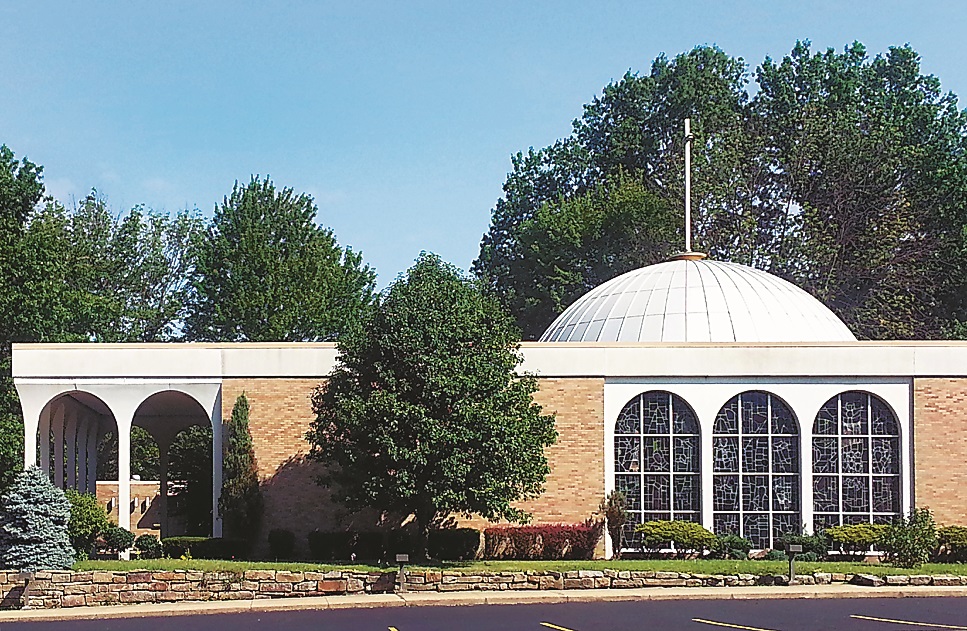 YOUNGSTOWN, Ohio – For about 150 years, this city located midway between Pittsburgh and Cleveland, and halfway between New York and Chicago, lay in the heart of what was called the “steel belt” that stretched from Pittsburgh to Chicago.

The steel industry is what drew the first Greek immigrants to this part of northeastern Ohio, 10 miles from the Pennsylvania border, that originally was settled by people from Connecticut, of which it was part of in the late 1700s.

Since the mid-1970s, however, with the loss of 40,000 manufacturing jobs, $414 million in personal income and 400 businesses, the area since became part of the “Rust Belt,” as the entire region is now known.

Beginning in the 1880s, Greeks from the mainland and Asia Minor arrived because they heard the streets “were paved with gold” according to a parish history. Other groups attracted by the booming economy in large numbers included Italians, Eastern Europeans, Irish, Germans and, later, African Americans and Hispanics.

In 1906, nine years before the founding of the parish, the first Greek Orthodox wedding took place in Youngstown between James Chelekis, who figured prominently in the beginnings of the church, and Anna Constas of Martins Ferry, Ohio. A priest from Chicago, Fr. Lacraceas Mandates, officiated. The Youngstown Vindicator news- paper reported that the festivities lasted several days, the parish history noted.

Then, on Dec. 15, 1915, six immigrants, including Chelekis, his brother, George “Bill” Chelekis, and others met to plan the church. A 15-member committee named Antonios Glaros as the first president, drafted a constitution and applied for a state charter that was granted on April 13, 1916.

The community rented space in the YMCA building Feb. 17, 1916 to a chapel. Fr. Neophytos Josepheos became the first priest. The parish received the name St. John the Forerunner from John Bombolis, “godfather” of the church. The congregation soon moved to another rented downtown location.

A women’s philanthropic society, “The Three Hierarchs,” was founded the same month. It evolved into the local Philoptochos chapter in 1956.

A building committee in April 1917 began planning a Byzantine-style church and purchased a vacant lot for $18,000 and two houses. Archbishop Alexander of Rodostolou laid the cornerstone in 1920. The church was completed in six months at a cost of $53,000 and the first liturgy took place on Dec. 9, 1920.

Greek and Sunday schools were organized in the late 1920s and ‘30s.

The community faced a large debt of $43,000 during the Great Depression which was raised by large contributions from contributors. Fund-raisers became a regular occurrence. On March 13, 1940, one of the more unusual fundraisers took place when world famous professional wrestler Jim Londos promoted a successful wrestling match to benefit the church.

Following World War II, the parish experienced a large increase in membership and plans were discussed made for a new church in the late 1950s.

By the early 1960s the community decided to relocate to Boardman, an adjacent suburb south of the city. Meanwhile, the city, now having about 67,000 residents, lost 60 percent of its population during that period because of a soaring crime rate and the loss of jobs.

On Dec. 20, 1964, Fr. Isaiah Chronopoulos became the church’s 23rd pastor in 50 years. Plans to build a new church, the current house of worship, moved to the construction state with groundbreaking taking place July 17, 1965. The cornerstone was laid in July 1966 by Bishop Meletios of South America (former Youngstown resident and cantor Michael Diakandreou). The new church opened in 1966 with Bishop Gerasimos officiating the thyranoixia, assisted by Fr. Isaiah.

On Thanksgiving Day, 1969, Archbishop Iakovos presided at the consecration.

During Fr. Isaiah’s tenure, the first senior citizen group was founded. In 1971, he was tasked by Archbishop Iakovos to become dean of students at Holy Cross School of Theology. Eventually he was elevated to Bishop Isaiah of Aspendos, becoming chancellor of the Archdiocese, then to his current posi- tion as Metropolitan of Denver.

The community established an outdoor glendi in 1980 that eventually became the Greek festival, now one of the church’s major revenue sources along with stewardship.

Over the years, boys basketball teams, annual golf tournaments, the establishment of AHEPA apartments and a Winterfest have been among the highlights of parish activities and accomplishments. The Winterfest fund-raiser features Greek cuisine, pastries prepared by Philoptochos, music and dancing.

Fr. Constantine was assigned to St. John Church on April 11, 2003, as interim pastor and became permanent priest on May 1. Among his accomplishments, he began a weekly “Coffee with Father” and “Speaker of the Month” program, and Lenten-related activities.

As part of the observance of Ohio’s bicentennial in 2004, the parish council donated to the Cleisthenes Project which enabled busts of Greek philosophers to be installed in the legislative chambers of the state Capitol in Columbus.

Fr. Tom said his parish consists of a few immigrants, but is mostly American born with a few converts, a mix of elderly and some younger members. Con- siderable change has come about over the years because of the city’s significant loss of population. “The community has gotten older,” he said. “We’re trying but struggling while the city population has been going the other way.”

He describes his membership as “very, very dedicated parishioners with a love for the church.” Many are involved with outreach programs to the to the greater community through feeding the hungry programs, including a soup kitchen, cooking turkeys and providing free meals on Thanksgiving at the Salvation Army and others.

Bible studies, Lenten programs that include speakers and a very successful St. John Chrysostom Oratorical Festival are all part of the parish ministries. Several young people in the Oratorical Festival have gone on to Metropolis and National competition in the festival.

With the presence of about 12 other Orthodox Christian churches in the area, of various jurisdictions, and the other Greek Orthodox Church in Youngstown, St. Nicholas, and the Campbell parish of Archangel Michael of St. John’s parishioners take part in various pan Orthodox events, especially during Lent.

Also during Lent, a Seafood Fest consisting of a fish fry and Greek food takes place each Friday.

Fr. Tom also participates in the local Clergy Association organization. “It is our main service to the general public and it draws a lot of people from all over the area,” he said.

Originally from Baltimore, Fr. Tom has served parishes in Virginia and in the Atlanta and Detroit metropolises before coming to Youngstown.

The father of nine, including five boys, several of his children have either completed or are currently enrolled at HCHC.

In 2013, Eleftherios was ordained to the diaconate at St. John’s by Metropolitan Savas of Pittsburgh. He currently serves as Archbishop Demetrios’ deacon.

A daughter, Angeliki, is a recent graduate of the school and works in the Department of Religious Education. Another son, Demetrios, currently attends the school of theology. Another daughter, Maria, is married to Fr. Michael Gavrilos of St. Paul’s Church in North Royalton, Ohio. Another son, Antonios, attends Hellenic College.

Fr. Tom describes the most difficult part of his ministry as trying to compete with the secularization of the world. It’s hard trying to keep people interested and attending church faithfully.”