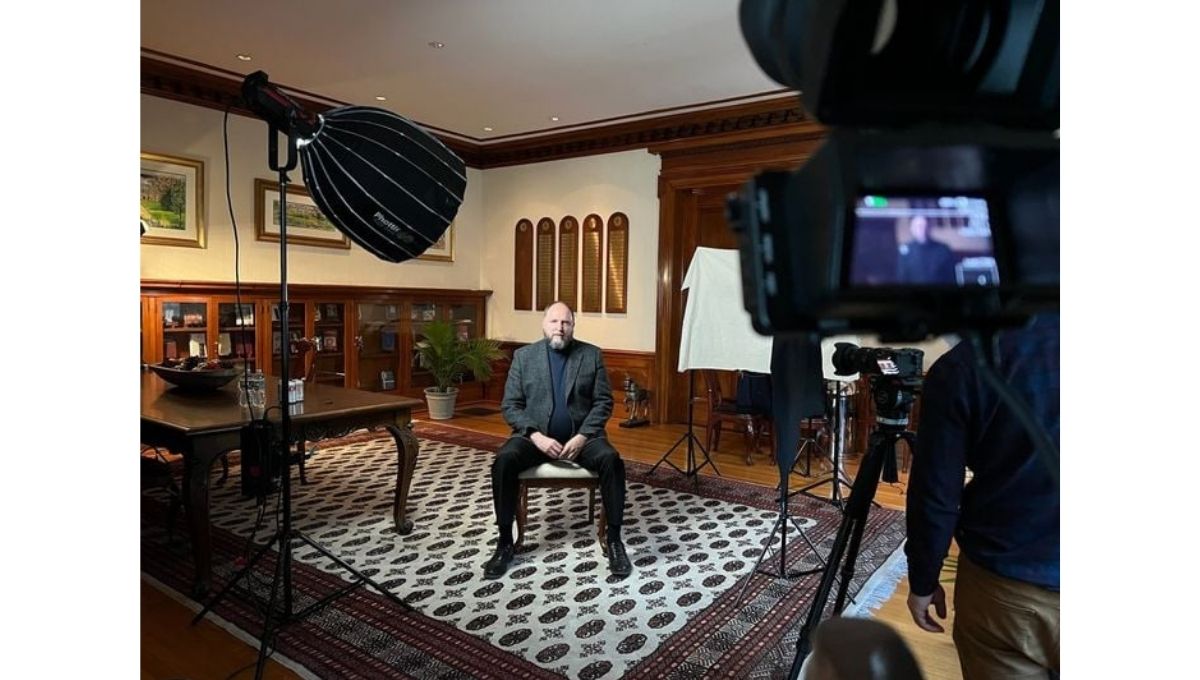 In December 2021,, a film crew from Brazil’s largest independent documentary film company, Brasil Paralelo, came to the campus of Hellenic College Holy Cross Greek Orthodox School of Theology to interview Dr. Timothy Patitsas for a project on the role of beauty in urban regeneration. The making of the documentary is motivated by the desire to see real change come to the favelas (slums) of Brazil, in which more than eleven million people currently live.
Dr. Patitsas is the interim Dean of Hellenic College, Director of the Religious Studies Program, and Assistant Professor of Christian Ethics. He is garnering international attention for his groundbreaking article, “The City as Liturgy,” as well as for his book The Ethics of Beauty, in both of which he combines the insights of complexity theory, information theory, and aesthetics with the theology of the Orthodox Church to address issues ranging from trauma and spirituality to architecture and economics.
“My contribution as a theologian and ethicist really centers on the work of the late Jane Jacobs, the noted urbanist and economist,” says Dr. Patitsas. “It was in her writings, and through my friendship with her, that I discovered the intrinsically liturgical character of all cities, which is what urbanists around the world find so exciting.”
The documentary is scheduled to air sometime in 2022 in Portuguese, with an expected audience of over a million viewers in Brazil, Portugal, and Africa.