Print Captain America's Portrayal in Cinema: What's Wrong with Being a Boy Scout? 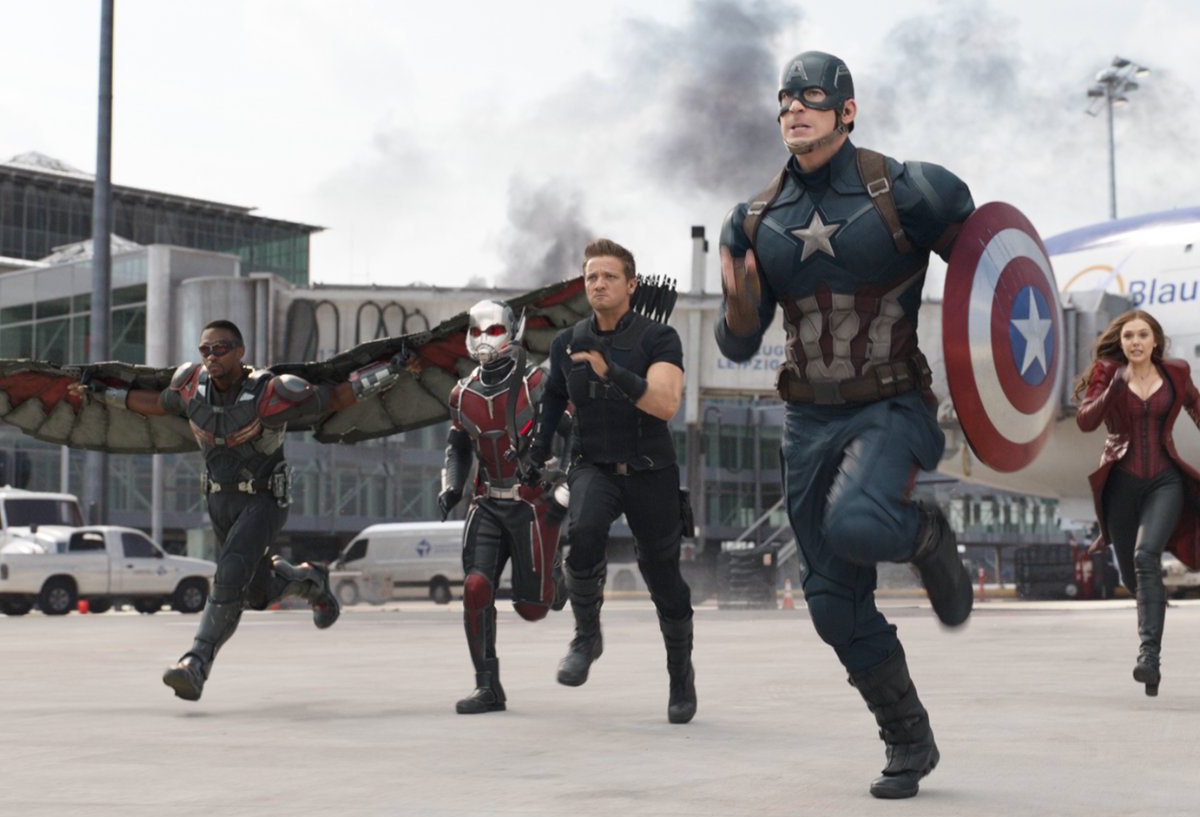 In this issue of PRAXIS we are pleased to include an article from Rev. Fr. Niko Bekris, a Greek Orthodox priest, Seattle sports devotee, comic book fanatic, coffee lover and writer. He hails from Castro Valley, California, where he lives with his wife and son. You can follow Fr. Niko’s reflections on comic books and theology on his website, Christ, Coffee, and Comics (www.christcoffeecomics.com).

What's so bad about being a Boy Scout, anyway?

Actually, maybe the question should be, “What’s so bad about being called a Boy Scout?” Among kids it’s said on the playground as an insult, and in the “grown-up world” it’s said to someone who’s straightlaced, wide-eyed or naïve.

I’ll admit that I was never in Scouts myself, as neither my school nor my church had a program. In fact, I never had any exposure to a Boy Scouts program until I and a group of other seminarians visited Saint Basil Academy in upstate New York, where we were asked to help out with a statewide Orthodox Christian Boy Scouts conference. At that event I saw respect for the flag, respect for religion and an emphasis placed on being a good person (you know, the “do my duty” oath and all that) mixed in with fun stuff like baseball, canoeing and gathering around campfires. A lot of hard work by Scout leaders and parents went into raising these young people to become good adults through this program, which I would think is pretty much what every parent wants anyway, right?

So I ask again: what’s so bad about being a Boy Scout?

Government officials (especially during election years) talk about how important it is to have community centers, resources for families, good schools and everything else needed for kids to grow up well. To take it one step further, social workers can tell you how important it is, amidst all this, for kids to have good role models while growing up in order to show them (not just tell them) what the right path is and that it’s attainable. Big Brothers Big Sisters programs exist in inner cities and underprivileged communities for just this reason, and some high schools encourage such mentorship for upperclassmen to help out lowerclassmen. If you were privileged to have an older sibling who set good standards and whom you looked up to, you know how powerful of an influence examples like this can be.

On the flip side, not having a positive influence, father figure or mentor can be disastrous. According to the National Fatherhood Initiative, children who grow up in fatherless homes are more likely to commit crime and go to prison. A 2000 Swiss study found that no matter how often mom takes the kids to church, the practice of the father is generally the determining factor in whether or not children become regular churchgoers. Craziest of all, sociologists say that children’s perception of God is heavily determined by their perception of their father. In short, good role models and good values go a very long way.

It burns me up when celebrities, in particular sports stars, wind up in headlines splashed all over the news about going to strip clubs, DUI arrests, domestic violence … need I go on? Granted, NFL players go into the NFL because they’re good at football, not because they’re trying to change the world. And yet whether they or any other athlete likes it or not, chances are there are kids who have posters of them in their rooms and want nothing more than to be them. I have no delusions about the shortcomings and human weaknesses we all have, but I think we would do well to remember this a bit more often. More Russell Wilson, less Johnny Manziel, please.

When construction began on the Marvel Cinematic Universe in 2007, production began on bringing Captain America to the big screen shortly thereafter. It was at this moment that decisions had to be made: how does one bring a World War II character seven decades old to a twenty-first century audience? Should Captain America be edgy, modern and cynical? In the wrong hands, I’m sure he would have been.

Instead, without flinching, Kevin Feige, Joe Johnston, the Russo brothers, Chris Evans and all parties involved decided to make Steve Rogers (Captain America) straightlaced, wideeyed, idealistic and moral. And I applaud them for it!

In the last five years, Captain America has appeared in six movies, most recently in Captain America: Civil War, which premiered earlier this year. In each of these movies, we have not only had cool scenes of Cap flinging his shield around and punching Nazis, but also plenty of great character moments in which Steve Rogers shows what he stands for as a person. From correcting the Avengers’ bad language to matter-of-factly pointing out to an inquisitive Black Widow that he always tells the truth, there has been absolutely no hesitation in making Cap a cool action hero and also, well, a Boy Scout.

Whether filmmakers consider it while making their movies or not, kids have posters of superheroes on their walls as often as singers, movie stars or athletes, and perhaps the more so! Debates about violence in Hollywood action movies aside, all in all I think that Marvel Studios has presented audiences with a good, role model superhero in Captain America. He is polite, well mannered and principled, as well as strong, heroic, etc. I daresay that a near-perfect job has been done with our buddy Steve (something that Warner Bros. would do well to remember when it comes to Superman).

Role models are hugely imprtant. Even in our Church, we place a strong emphasis on the spiritual father relationship, mentioned in St. Paul’s letters and cultivated heavily in the Orthodox monastic tradition, because we believe that there should be someone in our lives whom we can look up to as a mentor. This person is not meant to be someone who merely teaches us about matters of faith and life, but also one who provides an example of faith and life. In other words, we are not meant to figure things out on our own but rather under the guidance and care of someone whom we want to emulate as a person.

Last I checked, twelve unlearned, unread, simple fishermen learned from a role model for three years and changed the world.

The Christian saying “one Christian is not a Christian” acknowledges that we must be connected to a community of faith. I have to believe that at least part of that is about having good role models. I’ve often said that as human beings we have a body and a soul, and to be a healthy human being we have to have a healthy body and a healthy soul. Just as father figures and examples of good behavior are important for kids, examples of how to be good people are important for all of us. Superheroes are idealized people, yes, but if nothing else they should be idealized versions of good people, even with their flaws and foibles. They should be portrayed as people who do the right thing even when no one else does.

A straightlaced, wide-eyed, upstanding guy who's always prepared and always does the right thing? Awesome.

Rev. Fr. Niko Bekris serves at Resurrection Greek Orthodox Church in Castro Valley, California. He graduated from the University of Washington in 2004 and Holy Cross Greek Orthoox School of Theology in 2008. A version of this article was originally published on Christ, Coffee, and Comics on May 12, 2016.