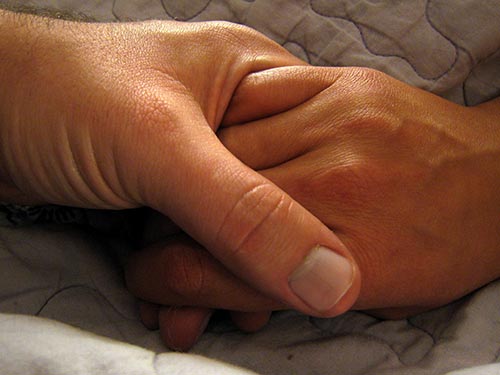 New advances in physical and human science, a more sophisticated and reflective understanding of how human identities are formed and the experiences of living in a modern pluralistic society invite us to rethink what it means to be a human person. We are in a stage of searching for a new anthropology that emphasizes the inter-dependence of humans with nature, provides a greater space for tolerance of different ways of being a human being; and binds irreducibly different people into living communities of peace, justice and love. What is the contribution of Orthodox theology to this quest for a new anthropology? Orthodox thought has the potential to contribute some invaluable insights and fundamental perspectives on what it means to be a human person.

The Mystery of the Human Person

Orthodox theology insists that human beings cannot be fully understood by simply observing how they are, or act, as entities in themselves within the created world. God's relationship with the world and the role that human beings play in that relationship are defining elements of being human. Against all kinds of reductionism, the Greek Fathers insisted that we cannot fully comprehend or define what a human being is. Even the fact that human beings are created in the image of God does not define their humanity but signifies an intrinsic relation between God and human beings without determining what the image of God actually is. Human beings, as created icons of the uncreated God, are a mystery. They reflect the mystery of their archetype. Gregory of Nyssa stated: "An image is only truly such in so far as it expresses the attributes of its archetype. One of the characteristics of the Godhead is to be in its essence beyond our understanding; and so the image should also express this."[1] Affirming the mysterious nature of humanity is not an excuse to embrace an anthropological agnosticism. It rather suggests that the nature of humanity must forever remain an open-ended question. Thus, the understanding of human beings is always subject to revision, correction and enhancement through a process of conversation that includes the wealth of knowledge that people have accumulated through the centuries; the advances of sciences, and the experience of living in an ever changing and increasingly pluralistic world. How can theologians participate in such an open-ended conversation about human beings? Religion and Science provide distinct but complementary insights about the world. St. Basil (330-370 AD) in his homilies on the Hexaemeron, makes clear that his language of faith has as its primary reason the salvation of people which is not identical with the "persuasive language of human wisdom."[2] He leaves his listeners free to accept as plausible some rational explanations about the place of the earth in the universe, but he wants his listeners to transfer their admiration from nature to God who has created order in the universe. Remembering the different orientation that the language of theologians and scientists use is helpful in appreciating their contributions towards understanding the intricacies of being human and sets the perimeters of the ongoing dialogue for the common good.

The Nature of Humanity

In the patristic tradition, a human being is often understood as a composite being consisting of body and soul. The soul is considered unique, indestructible and, sometimes, immortal, while the body is understood as a dispensable part of a human being, a separate and inferior component of his or her nature. Patristic tradition has rigorously criticized the disjunction of body and soul. The human being is an embodied event. St. Gregory of Nazianzus (320-89) stated that God in the creation of the human person united the spiritual and the material, the invisible and the visible elements of the created world: "Taking a body from the matter that he had previously created, and placing in it the breath of life that comes from himself, which Scripture terms the intelligent soul and the image of God, he (God) formed man as a second cosmos, a great universe within a little one."[3] Each human being is an icon of the world. Since human beings reflect and hold together in their personhood the entire creation, they have the potential to reconcile the different levels of reality in which they participate, and draw all into unity.

Human beings are not created to dominate nature since nature is their life. In fact, it is their task to be like the world, diverse but yet united. As part of the natural world, human beings must recognize and respect the diversity that characterizes the life of the material world as something that can be observed in their own lives. Human nature contains in itself an irreducible and inseparable diversity of divine and human, earthly and heavenly, material and spiritual elements and because of these human beings have as their vocation the uniting of the created world with its uncreated God. This mediatonal vocation of human personhood is realized in its fullest possible manner in Jesus Christ, in whom humanity and creation are forever united with God by the grace of the Holy Spirit. For this reason Christ is the archetype of what it means to be human, the mirror in which one sees reflected one’s own true face and vocation.

Man as the Image of God

Human beings are not only the image of the world, but also imago Dei, the image of God. Gregory of Nyssa locates the greatness of the human being "not in likeness to the created world, but in being in the image of the nature of the Creator."[4] Christian theologians because of this relationship between God and humanity will continuously borrow insights from their doctrine of God and their understanding of Jesus Christ in order to describe the dignity and the vocation of human beings. What aspects of being human constitute the icon of God? Despite the extensive use of this concept in Scripture and the subsequent Christian tradition, we do not have a clear, exhaustive and definitive description of what elements of human nature reflect the image of God in every human being. It seems that this concept has assumed a variety of meanings that correspond to the aspects of human nature that theologians wished to extol for pastoral reasons: "Sometimes, for example, the expression ‘in the image’ refers to man's free will, or to his rational faculty, or to his characteristic of self-determination, sometimes to the soul along with the body, sometimes to the mind, sometimes to the distinction between nature and person, etc., and sometimes comprehensively to the whole man."[5] Thus, the concept of the "image" is a comprehensive term by which Christians express the distinctive telos of human life and it becomes the basis of moral exhortations.[6] Movements of human rights that defend the dignity of every human person can be traced back to this belief. The essential goodness of all human beings reflects their affinity with God and this affinity that defines as primary the essential goodness of all human beings.

What does it mean to be a person? For the philosopher John Lock a person is 'a thinking intelligent being, that has reason and reflection. For the philosopher Immanuel Kant rational beings are called persons, because their very nature shows them to be ends in themselves. Finally is the social philosophy of John MacMurray persons are constituted by their mutual relation to one another. "I" exists only as one element in the complex "You" and "I.” Generally, in western philosophical thought there is not a significant distinction between person and individual but rather the two terms are used almost interchangeably.

The Greek Fathers, especially the Cappadocians in their attempt to communicate the Christian faith in the triune God, developed a specific understanding of personhood that recognizes real distinctions in the Godhead without endangering the oneness of God. By identifying the notion of hypostasis with the notion of person, they acknowledged that God is eternally Father, Son and Holy Spirit, three distinct but relational hypostaseis. They spoke about a unique hypostatic identity and distinction 'within' God without postulating a difference in substance between the divine persons. Persons are unique and unrepeatable because their being is formed through and in relationships of love that allow difference to exist without fragmenting the unity of communion that love develops.

Orthodox theology grounded in the doctrine of the Trinity advocates that human beings cannot simply be reduced to self-referential entities. Human beings can never be separate, self-enclosed or self-sufficient entities. Their existence is verified in the relationships that they have with one another, with nature and ultimately with God. Thus, a person is not an individual but an open and ecstatic reality, refers to significant others for his or her existence. One becomes a person in self-transcendence, the movement of freedom toward communion.

The future of humanity depends on the quality of relationships that give existence to our being as persons. It is only in relationships of love that we can embrace the totality of the world, and attain the fullness of our humanity. It is that fullness that allows diversity and difference in a uniting world that God loves sustains and desires to partake of His glory.