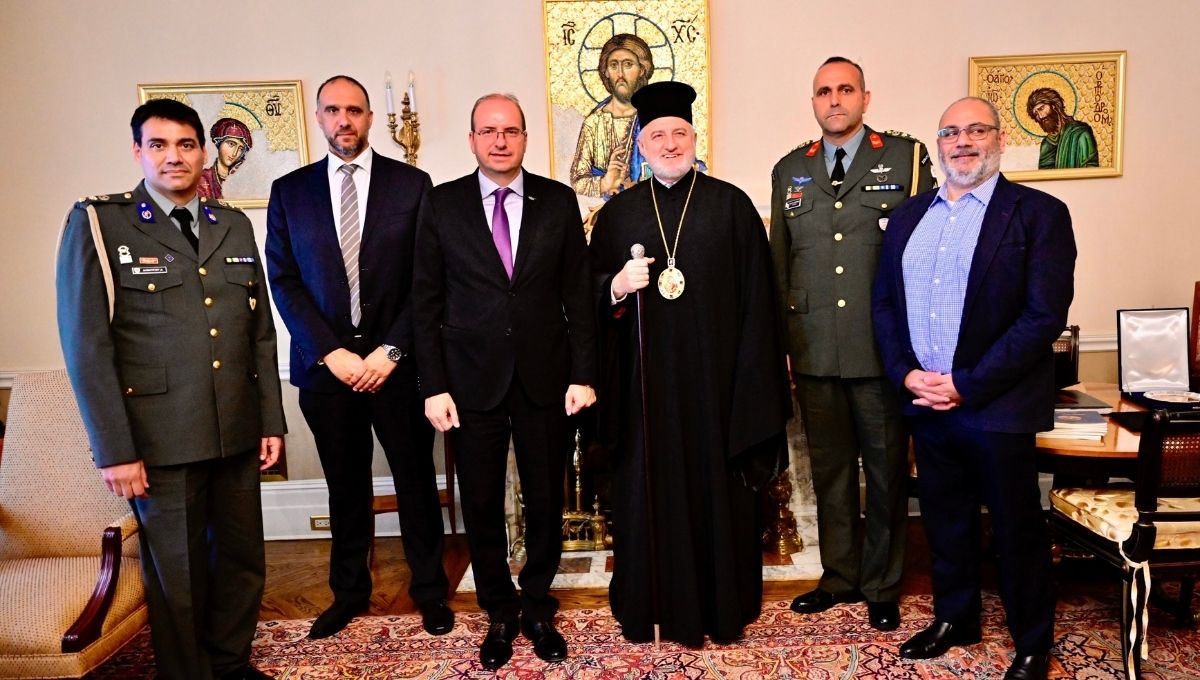 NEW YORK – On Tuesday, May 31, 2022, His Eminence Archbishop Elpidophoros welcomed to the Archdiocese the Minister of Defense of Cyprus, Mr. Charalambos Petrides.

After the meeting, His Eminence said, “I was delighted and honored to meet today with the Defense Minister of the Republic of Cyprus, the Honorable Charalambos Petrides. We discussed a broad range of issues, including the continuing search for a just solution to the illegal occupation of Cyprus and how the Greek American and Cypriot American communities in the United States can be of help. We cannot allow the passage of time to diminish our efforts to ensure that justice for Cyprus prevails.”