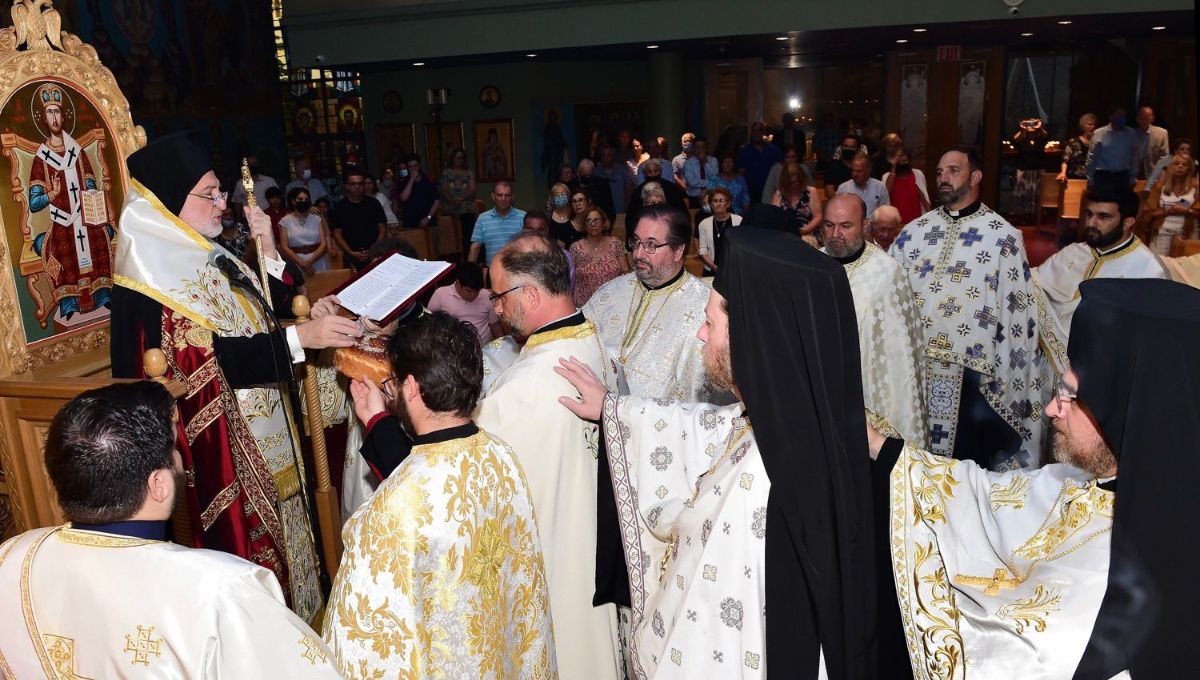 At the Vespers of the Holy Prophet Elias

Tonight, I am so well pleased to be with this community in Yonkers, where you honor the Prophet who has no book in the Old Testament named after him, but is perhaps the best known in our Holy Orthodox Church. It seems that every mountaintop in Greece has a chapel dedicated to the Prophet Elias, your patron, whom we honor this evening at this Service of Great Vespers.

Indeed, every mountain adorned with a church inscribed with his name becomes another Mount Carmel – the peak upon which the Holy Prophet defeated the unbelieving priests of Baal, and turned the hearts of the People of Israel back to the Lord God.

In the second reading tonight – which is from the Third Book of Kings – we behold the challenge of the Prophet to those priests. He was one against 450. They both built altars. They both laid sacrifices upon them. They both offered invocations and supplications. But no fire was lit to send them heavenward. The challenge was for the fire to descend directly from God, so as to see whom God would answer.

After watching the priests of Baal for hours and hours call on their god, Elias prepared his sacrifice like the others had. He slew the bull. He built the altar. He piled the wood. But then he did something more.

He dug a deep trench around the altar. And then three times he poured so much water over the sacrifice, that it filled the trench and spilled out on to the ground.

Like the unmistakable Three Days that the Lord laid in the Tomb, the Prophet made his point. The only way this sacrifice could be lit was by the Holy and Divine Fire of God. No earthly flame would have the power. Only God. Such was the faith of the Holy Prophet Elias.

Unlike his competitors for the hearts and minds of Israel, the Prophet’s entreaty was short. He simply prayed:

“O Lord, God of Abraham, Isaac, and Israel, let it be known this day that You are God in Israel, and that I am Your servant, and that I have done all these things at Your word. Answer me, O Lord, answer me, that this people may know that You, O Lord, are God, and that You have turned their hearts around.” *

Few words, but as with all prayers, it is the intention of the heart that matters most, not the style or length of the words. We know what happened next. The fire of God descended and consumed not only the sacrifice, but all the wood, and the water, and even the very stones of the altar.

This miracle, wrought by the Prophet, shows us even today what is possible with faith. We have many opponents, many challenges, and sometimes we must stand alone against the multitudes who seek only power for themselves. We must stand on principle. We must stand on the mountaintop of Carmel with Elias – standing up for God and against those who would deceive the People of the Church with agendas of their own.

And that is why, my dear Christians, we celebrate the Prophet throughout the Orthodox world. He is our example of faith in the face of despair and in the face of insurmountable odds.

But we must not be timid, or afraid to stand up. The Prophet knew within his heart the righteousness of his cause. That is why he soaked his sacrifice beforehand. He closed the door of doubt behind him, and put all of his trust in God.

And so, let us close our doors of doubt as well, and place all of our confidence and faith in the Lord. He rested in the Grave for Three Days in order to show that as His Death was real, and so was His Resurrection. The Holy Prophet Elias poured the water three times, to show his faith in the Same One Who lights the Holy Fire from His Sacred Tomb in Jerusalem every year. He lit that fire on top of Mount Carmel, and He will light the fire within our souls, to conquer our sins and our passions, and ignite our love for every creature.

Through the intercessions of the Holy Prophet Elias, and all the Saints.