Print Homily by His Eminence Archbishop Elpidophoros of America at the Great Vespers for the Feast of Saints Peter and Paul, Greek Orthodox Cathedral of Saint Paul, Hempstead, NY 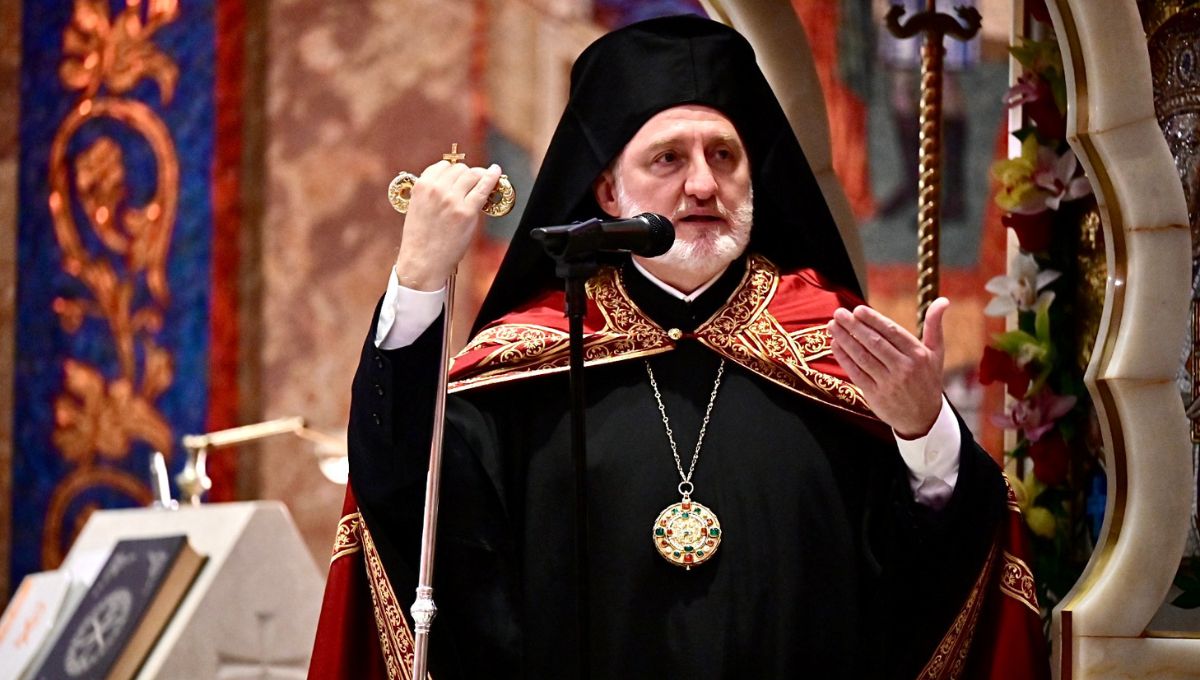 Dear sisters and brothers in Christ,

I rejoice to be with you this evening, as we enter into the feast of your heavenly patron, the Apostle to the Nations, Saint Paul.

The feast of this beautiful Cathedral is a cause for much celebration, even as you might have some pain in your hearts because your former Assistant Priest, Father Constantin, has taken on his own pastorate in Youngstown, Ohio. You were a very good community to him, and he was a very good priest to you. You should be proud of all that he learned from you, and that he will pass along the pastoral experience he mastered here – especially under the tutelage of Father Chris – and give it to others. Your benefit will become their benefit, and that is a profoundly Christian gift to give.

Much like your patron Saint, who prepared scores of leaders in the early Church, this Cathedral has prepared many, many clergy to go forth and serve the faithful throughout the Archdiocese. It is the mark of a true leader that they see their own success in the agency of others. Therefore, I would say unhesitatingly that Saint Paul Cathedral is a true leader of our Church.

The leadership that you provide the Church bears another resemblance to your patron, whom we celebrate together with Saint Peter. We usually see these two Saints together, standing in one icon and holding a model of a Church, and they are usually sharing a fraternal kiss of peace and love.

But why do we show them this way? Well, it is because they fought, and they argued. As you may know, it was Saint Paul who won the argument in the end, which was over something that we would not even discuss today, since it has been settled since the very first days of the Church.

The argument was this: do pagan converts have to convert to Judaism before they can be baptized? Saint Peter thought it was better if they did, although he was conflicted about it.

On the other hand, Saint Paul declared that in Christ:

There is neither Jew nor Greek; slave nor free; male nor female. For, you are all one in Christ Jesus.*

Paul openly challenged Peter about this, even though Peter was the leader of the original Band of Disciples, and had been with our Lord from the beginning of His earthly ministry. So, why do we show them in our icons exchanging the brotherly kiss of peace? Because in the end, they were committed to the love of God, and love for one another. The greatest commandment of all: Ἀγαπᾶτε ἀλλήλους – “Love one another.” †

This same love pervades this Cathedral of Saint Paul. For love is the one thing that will never fail us and will endure when all else passes away.

In the life of the Church, there are often disagreements, even arguments, about what is the best course of action. Even holy persons like Saints Peter and Paul argued – and their feast is celebrated around the world by Orthodox, Catholics and Protestants alike!

But they argued from principle, not pride. From seeking God’s truth, not seeking their own gain. From their desire to increase the ministry of the Church, not a desire to swell their own egos.

They teach us a most valuable lesson. We can disagree – even strongly – so long as we never lose our commitment to love of God and love of each other. Remember, Saints Peter and Paul died in the same persecution in Rome. Saint Paul by the sword, and Saint Peter by the cross. But they both died out of their love for our Lord Jesus Christ.

Let us embrace their love, then, which we behold in the icons of the Church, and implore them to inspire us to such love, so that we, too, may become beacons of love in our Church and in all the world.