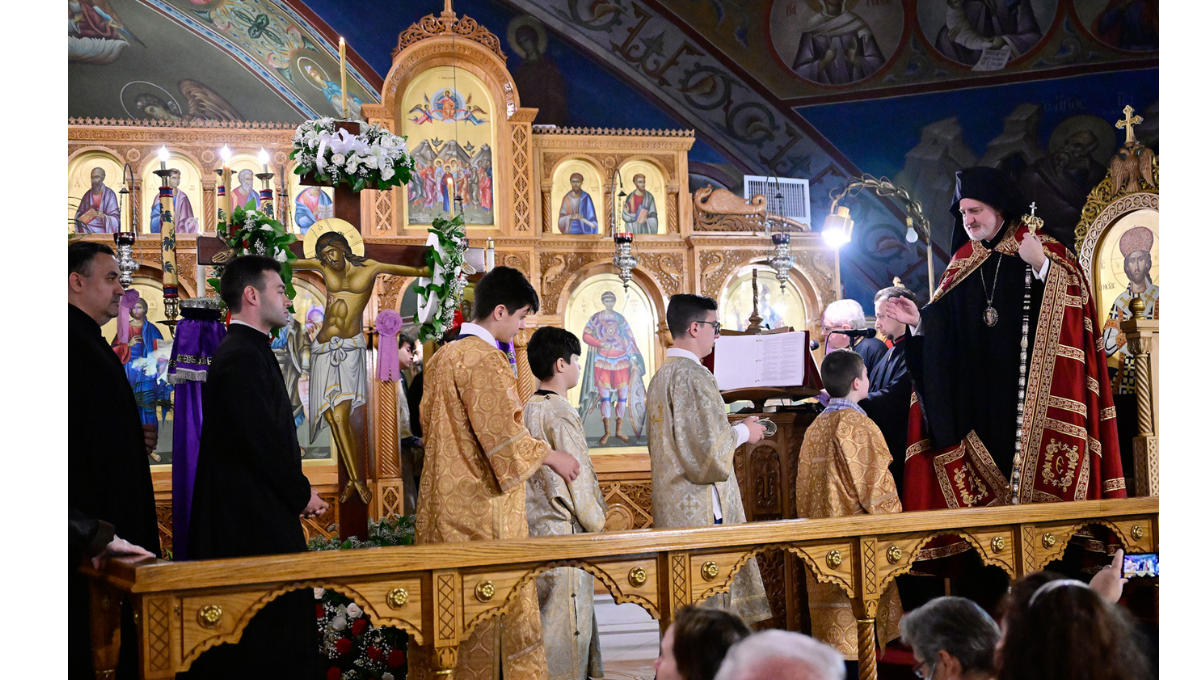 Beloved brothers and sisters in Christ,

What a privileged ministry we partake of today. In this most emotional and sensitive service of Holy Week, we are invited to share in the Burial of our Lord Jesus Christ.

I call it a privilege, because there were very few who were present to take down His Divine Body from the Cross. By the time the Lord had willingly bowed His head and expired, the people were already dispersing. They knew the final injury to the one condemned was to leave the exposed body on the Cross – even for days. Perhaps, a soldier was left to make sure no one spared the dead this indignity, but most had left the hill of Holy Golgotha.

And it was then, that the noble Joseph – a member of the Sanhedrin, who had defended Jesus – dared to come forward. Even though to enter the Roman headquarters was considered a defilement on the Passover (remember the Lord’s accusers, who refused to enter the Praetorium and forced Pilate to come out to meet them?)1

Even though he would be exposed as a Disciple of the Lord and no longer be known as the Hidden Disciple. Even though all of Jerusalem would see him go to the disgraced Rabbi from Galilee, ridiculed as “The King of the Jews,” now dead and hanging lifeless on a cross. And even though all the shame and mockery would now be his. Despite all of this, Joseph of Arimathea went inside the Praetorium and begged Pilate for the Body of Jesus. As it says, in the Gospel of Saint Mark:

As the evening was fast approaching, since it was Friday (the Day of Preparation), Joseph of Arimathea, an honorable member of the Sanhedrin who eagerly expected the Kingdom of God, boldly went to see Pilate to beg for the body of Jesus. Pilate was amazed that Jesus had died so soon and summoned the centurion, asking him if He was dead. And after he was informed by the centurion, the Body was given to Joseph. 2

What could make this happen? What could drive him and the others – the Women led by Mary Magdalene and the grief-stricken Panagia, and Nikodemus, who stepped out of the night and into the waning day – to bring so much expensive myrrh and spices and oils?

Well? It is nothing other than love!

A Mother’s love for her Son, and a Disciple’s love for their Teacher.

And what about all of us, who are gathered here today at this Apokathelosis?

Whatever filled the hearts and minds of those few who were privileged to take the Lord down from the Cross and to wrap him lovingly in preparation for His Burial – as we chant … σινδὀνι καθαρᾷ εἰλήσας καὶ άρώμασιν – we know that their love conquered any fear within them. Because perfect love casts our fear. 4

In the darkest hour of our Lord’s first followers, when the Eleven Disciples who were left fled and hid in fear and trembling, the Women and these two men with so much to lose, would not allow their Teacher and Lord to be humiliated any longer. They had no guarantee of what was to come. Only a glimmer of faith that, like the setting sun, was fading into darkness.

Therefore, my beloved Christians, let us emulate their courage and their love tonight and every night. We have received a great grace to be witnesses to the mystery of our Lord’s death and burial. But we also know that the day follows the night, and by our faith, we shall all witness His glorious Rising on the Third Day. So be it. Amen.